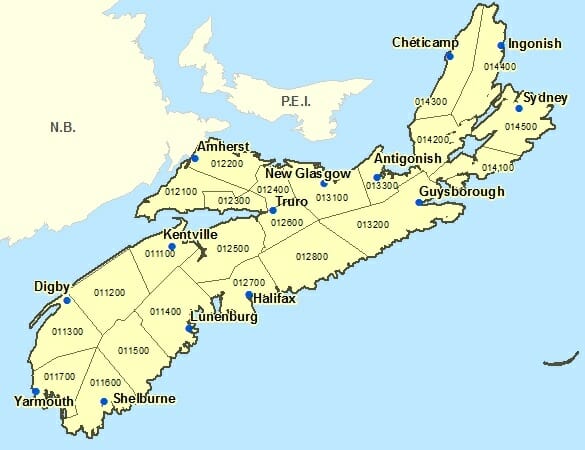 Highland Grow, a subsidiary of Biome Grow (BIO.C), has received its sales license, opening to door to inter-LP distribution and direct-to-consumer sales.

The company’s beachhead in Nova Scotia brings Biome into a keen position to be a major player throughout Atlantic Canada with a footprint that includes Newfoundland and Labrador, and Prince Edward Island.

The legalization of cannabis gave Nova Scotia an unusual problem: none of their three producers had licenses to sell weed. Enter the Nova Scotia Liquor Corporation (NSLC), which stepped in with 14 external producers in Ontario, New Brunswick and Alberta.

“The Highland Grow team has been working hard to achieve this important milestone. The company is looking forward to doing its part to eliminate the current supply shortage in our home province,” said Frank MacMaster, President of Highland Grow.

The original order was for 3.75 million grams, or 8,267 pounds of cannabis, including 282 different products representing 78 different strains based on sales data from recreational medicinal cannabis markets in both Canada and the United States, according to The Toronto Star.

In the weeks following legalization, vendors across the country had to turn back potential customers because their weed coffers had run dry, which put a substantial strain on licensed producers to meet their commitments.

The NSLC said it would transition to local suppliers as soon as they could. This compounded the pressure on Health Canada to get through the backlog of licensing applications.

Nova Scotia has a population of 953,869 people and Highland Grow is their only non-government oriented distributor. Now that Highland Grow has received its license to sell, it represents a significant advantage for Biome Grow to enter into a market devoid of any competition.

Back Home, another of Biome’s subsidiaries, is just one example of how Biome is capitalizing on this vacuum. Far from being another Ontario-based cannabis company muscling in on the Maritimes, Back Home’s product is grown in Atlantic Canada, for Atlantic Canada–creating jobs and embedding itself into the province’s economic ecosystem.

“This license gives the company additional commercial sales avenues and flexibility for our high quality cannabis products and services that are ready for our customers,” says Biome Grow CEO Khurram Malik.

In Atlantic Canada, during the first week following legalization, the NSLC recorded “just over $660,000 in sales.”

● The Back Home Medical Cannabis Corporation: Back Home is a late-stage applicant which will service both Newfoundland and Labrador.

● Red Sands Craft Cannabis: The company under development to create cannabis products from extraction for sale in the rest of Canada and beyond.

● Weed Virtual Retail:Weed VR is a multi-faceted product capable of being packaged for recreational, promotional, educational and medical use cases.

The company and the NSLC are hurrying through the final distribution sales to get the product into the hands of consumers as fast as they can.