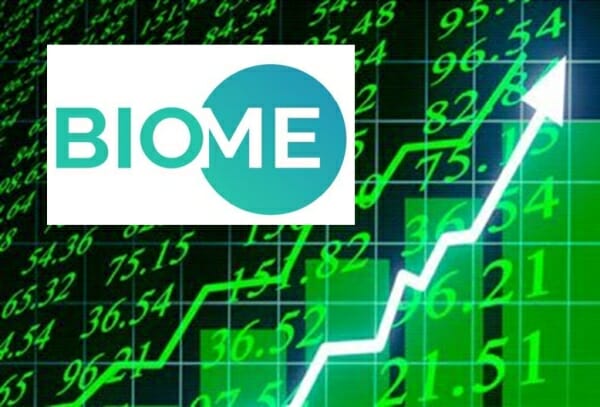 On December 17, 2018 Biome Grow (BIO.C) announced that it has received a “consumer sales amendment” from Health Canada for its Nova Scotia brand, Highland Grow.

This amendment to its existing license, allows Highland Grow to sell cannabis directly to end consumers through medical and recreational cannabis channels.

Biome had the misfortune to IPO just days before rec weed legalisation on October 17, 2018.  Along with the rest of the weed sector, the stock has slid steadily from $2 since then.

Six weeks ago, Biome signed the largest cannabis supply agreement in Atlantic Canada through its new deal with Province of Newfoundland and Labrador.

Biome Grow will supply 4,000 kilograms in the first year and 10,000 kilograms annually for the remaining two years. The deal also enables Biome Grow to recover as much as $52 million through reduced remittances to the NL liquor board.

Biome is doing things the old-fashioned way: building an efficient, profitable, compact production engine – and then it building it out.

The company is going to create jobs in NL, a previously fossil fuel-dependent province which has been battered by low oil prices since 2016.

To see how the locals have rallied around this project, watch the video below.

Biome Grow will create a minimum of 120 jobs at its production facility in NL, averaging more than $50,000/year salary – with 80 more jobs created for its five dispensaries around the province.

“Biome Grow has been steadfast in its focus on a regional business strategy,” confirmed Khurram Malik, CEO of Biome – in reference to the December 17, 2018 announcement – “This new amendment marks the complete transition of Biome to a commercial cannabis enterprise.”

Finished product for customers in Nova Scotia is ready to be delivered. Highland Grow will complete the final distribution steps with the Nova Scotia Liquor Corporation as soon as possible.

“We spotted the lack of competition and high per capita consumption early on and set out to acquire subsidiaries and establish partnerships across the region,” stated Malik.

On June 19, 2018, Biome cut a deal with Occupied VR to acquire Weed Virtual Retail – a VR platform focused exclusively on the medical and recreational cannabis markets.

“Adding Weed VR to our holdings allows us to integrate new technology into those services and increase consumer accessibility across Canada, and international markets, through virtual, augmented, and mobile platforms,” stated Malik.

You can sign up to be part of the VR Beta Launch here.

“The Highland Grow team is looking forward to doing its part to eliminate the current supply shortage in our home province,” stated Frank MacMaster, President of Highland Grow.

Full Disclosure:  Biome Grow is an Equity Guru marketing client, and we own the stock.