Virtual reality is rolling its way into all aspects of society and a Vancouver tech company is on the forefront of that VR wave.

After signing a few recent deals to sell virtual reality arenas in the US, 2018 ends on a high note for YDreams Global (YD.V). And things are looking great for 2019, according to the company’s CEO, Daniel Japiassu.

Billing themselves as a “multidisciplinary group that blends sensorial tech, integrated narratives and transformative design to make the world’s wildest dreams come to life,” YDreams has a lot of experience in VR.

Ydreams has four locations around the world: Vancouver, Dubai, São Paulo, and Rio de Janeiro. They’ve created interactive games and displays that have been showcased everywhere from shopping malls and retail outlets to Brazil’s 2014 World Cup—where they partnered with Coca-Cola (COKE.Q) to bring an immersive experience to soccer fans.

Equity Guru chatted with Japiassu about the VR wave, his company’s virtual reality arena—which they call Arkave—and where YDreams fits into the emerging esports puzzle..

YDreams is in the midst of selling their Arkave “arenas.” They’ve just completed two sales in the U.S— one to Andretti Indoor Karting in Georgia, and one to Launch Trampoline Park in Florida.

The arenas are sprawling videogame centres. These centres are divided into subsections, with each dedicated to a different game in a unique virtual world. One such arena in Brazil spans 3,230-square-feet and can accommodate 14 different players at once.

Equity Guru: You’ve recently sold a few Arkave VR arenas in the US. What can you tell us about the Arkave arena?

Daniel Japiassu: We are very much focused on the role out of Arkade VR—our main project for virtual reality. Last month we went to a VR event in Orlando. We were able to present our Arkave arena there and we closed the first two deals after the conference. The first one was with Andretti Indoor Karting and the second one was with Launch Trampoline Park.

Launch isn’t a traditional trampoline park. They have a lot of other activities in their parks. And they have many locations across the US. The interesting thing about Launch is that they’re moving really fast. They didn’t start up too long ago, but they already have more than 20 locations. And they are planning to open a lot more in 2019.

EG: You also signed a contract last month with Studio41b. Please tell us a little bit about that partnership.

DJ: Studio41b and Dynamic Design are two companies that work together. We signed a contract with them to be our first re-sellers in the US. It’s not an exclusive deal, so we are working on finding more companies that can sell Arkave in the US. But Studio41b has an interesting advantage for us because they can both sell and build the Arkave arenas.

EG: Do you see VR spreading into industries other than entertainment?

DJ: Virtual Reality is spreading into every industry. For example, take the car industry: anywhere from producing and manufacturing cars, through to selling cars, they are using virtual reality in some way. VR is moving into education, different types of training, medicine, law enforcement, etc. VR as a solution is spreading very fast and very wide with many different types of uses.

EG: With such a vast array of practical uses for VR, where does YDreams see its main focus area?

EG: So you see LBVR as having a distinct advantage over home-based VR tech?

DJ: Yes, I think location-based VR has that advantage. You can use state-of-the-art technology that is too expensive to bring into the home. Of course, home VR is still growing. Both Oculus and Sony PlayStation VR have good sales numbers for home entertainment, but it’s still very small compared to the rest of the overall VR Market.

EG: Let’s talk esports. Where do you see esports going over the next year or so?

DJ: I think 2019 and 2020 will be incredible years for esports. The industry has been growing and becoming mainstream—in all aspects—everything from spectators in stadiums, to bigger leagues, to live broadcasting. Esports is really maturing as an industry. Society is responsible for that. It is not something that is being forced by the industry. It’s something spontaneous. A lot of the (esports) audience, kids from about 10 and up, doesn’t watch traditional sports on TV. They’re watching esports on Twitch and YouTube. Esports is only going to grow.

EG: What has YDreams done in the esports industry?

DJ: We created an esports event in Brazil this year. It ran in a few shopping malls. We had tremendous success and we received very good feedback. We want to upgrade this format and bring it to North America. So we want to bring more esports tournaments to those audiences.

EG: You seem to be riding an exciting VR wave and it sounds like it’s a thrilling time to be a part of YDreams. What would you say to potential investors who may be captivated by VR and its possibilities, or to those who know only a little, or nothing, about VR?

DJ: I’ve been with the company for more than 10 years now. In that time, we’ve produced a lot of interesting, cool, fun and relevant projects—everything from museum exhibitions, to interactive retail uses, to gaming, to a partnership with Coke at the 2014 World Cup. But I have to say, this is the most exciting time for the company because there is such a huge potential for a large expansion. Everything we’ve done and built with VR in the past has led us to the point we are at right now.

DJ: That point is rolling out our sales, expansion, and growth across the large US. and Canadian market. We are very excited. We worked really hard to get to this point. We are going to start 2019 very strong. If you look back at what we’ve accomplished over the last year, all you see is growth. We’ve continued to grow by constantly moving forward.

We have a very strong product on our hands. A product, that only one year ago, was brand new on the market. Now, a year later, (Arkave) has been repeatedly tested and thousands of people have played the games and given us feedback. We’ve incorporated a lot of new features into our VR based on that feedback. So we have a very strong product now. And, after a lot of effort, the brand Arkave is now recognized in the industry.

EG: What should potential investors understand about where YDreams is headed?

DJ: We are changing and evolving in the sense that we used to have a very straightforward service-provider business model. Now we’ve added Arkave as a product. And now we are working, for 2019, toward the esports industry, tournaments, and advanced types of projects that can be brought to North America. We started to see YDreams as more of a venture-builder company with multiple arms. We have the common factor of combining entertainment and interactive technology.

YDreams will strut its VR stuff in Toronto next, as Japiassu and company will attend the Cantech Investment Conference Jan. 29-30. Japiassu says Toronto is a very important market for them and he can’t wait to showcase YDreams’ Arkave arena to Ontarian investors and financiers. 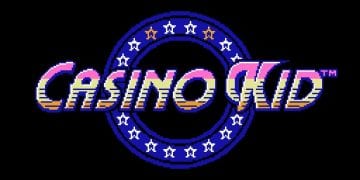