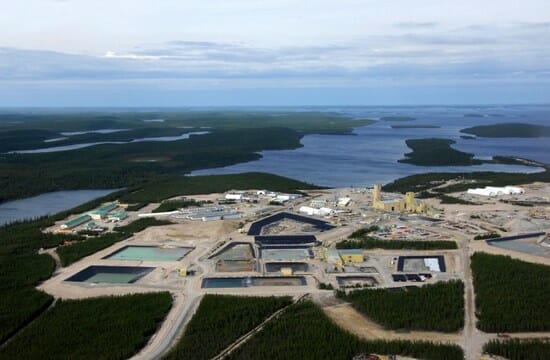 A combination of floundering commodities prices and rattled nerves have wreaked havoc on the junior mining sector in recent weeks.

Azincourt has a basket of projects in Manitoba, Peru and Saskatchewan. Last month we highlighted the company’s dominant land position – some 14,000 hectares – in the Winnipeg River Pegmatite Field of southeast Manitoba.

To refresh your memory, pegmatite is the host rock of spodumene. Spodumene is a pyroxene mineral and a source of über high-purity lithium. High-purity lithium goes into our most sensitive and intimate electronic devices – cell phones, tablets, kids toys, etc.

A couple months back we took a close look at the company’s two advanced uranium exploration projects in Saskatchewan’s prolific Athabasca Basin.

If you’re unfamiliar with this part of the world, the Athabasca Basin is to U308 what Wall Street is to high-finance. In fact, 20% of the world’s uranium comes out of The Basin, and it’s ultra high-grade.

The East Preston project is located in the western part of the Athabasca Basin. Discoveries made by NexGen Energy (Arrow) , Fission Uranium (Triple R), and a joint venture consisting of Cameco Corp., Areva Resources Canada Inc and Purepoint Uranium Group Inc. (Spitfire) highlight the high-grade potential of the area.

According to this recent news, the company is conducting a helicopter-borne Versatile Time-Domain Electromagnetic (VTEM™ Max) and Magnetic survey over the southeastern portion of East Preston. This will complete survey coverage over the entire project area.

This survey will tie in directly to previous parameters and flight lines oriented NW-SE, perpendicular to the NE-SW trending structural and conductor trends of the basement rocks at East Preston (image below). 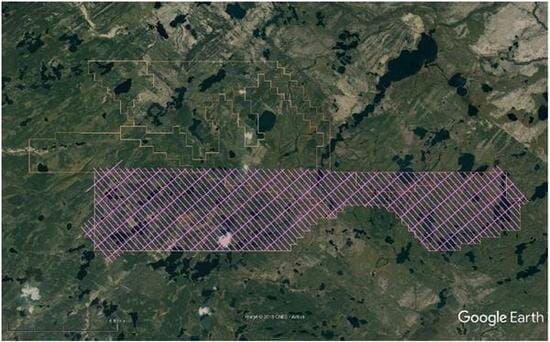 This survey work is being conducted while Azincourt awaits drill permit approval at East Preston. Once said permits are granted, a 10-plus hole diamond drilling program will commence. This phase one program will consist of approximately 2,500 meters to test the company’s structurally-controlled basement uranium deposit model.

Drill targets have been prioritized based on stacking of airborne, ground electromagnetic and ground gravity geophysical data interpretation.

Scheduled for mid-December, this helicopter-borne survey is expected to be completed by year-end, weather permitting.

It would be a mistake to discount the target generating merit of these particular surveys in The Basin.

Commenting on this next phase of exploration, Ted O’Connor, director and Qualified Person on the East Preston project stated:

“The VTEM™ Max system has been used in the Athabasca for many years and is an ideal technique for identifying basement conductor systems – the first-tier targeting criteria for unconformity uranium deposit discovery. VTEM has proven effective to depths of well over 400m in the Athabasca. The East Preston project lies outside the Basin with shallow targets anticipated, making VTEM™ Max an ideal direct targeting tool for the project, which may preclude the need for future ground-based EM techniques in this environment.”

“This VTEM™ Max survey coverage will bring the entire East Preston project up to the same level of investigation. It will allow us to generate additional quality geophysical drill targets and provide us with the ability to assess and evaluate the prospectivity of the entire project area. The value of the survey in terms of building our database on the project is critical. Last winter’s geophysical survey generated numerous high-priority drill targets that will be tested as part of the upcoming planned work program.”

Some background on East Preston:

Azincourt is earning a 70% interest in the 25,000+ hectare East Preston project as part of a joint venture agreement with Skyharbour Resources (SYH.V), and Clean Commodities Corp (CLE.V).

Extensive regional exploration work was conducted on the property in 2013 to 2014. This work included airborne electromagnetic (VTEM), magnetic, and radiometric surveys.

Three prospective (conductive) low magnetic signature corridors have been discovered on the property to date.

These three distinct corridors have a total strike length of over twenty-five kilometers, each with multiple EM conductor trends identified.

Only one of these corridors – the Swoosh S6 target – has been drill tested to date. Using a combination of Horizontal Loop EM (HLEM) and gravity as primary targeting tools, drilling successfully intersected structurally disrupted graphitic metasedimentary rocks and anomalous pathfinder elements (including uranium).

Recent exploration on the project:

A number of significant new drill targets were generated within these previously untested corridors during a winter geophysical and ‘ground-truthing‘ program conducted earlier this year. This program also refined additional targets along the previously drilled Swoosh corridor.

Ground-truthing work confirmed the airborne conductive trends and more accurately located the conductor axes for future drill testing. The gravity survey identified areas along the conductors with a gravity low signature, which is often associated with alteration, fault/structural disruption and potentially, uranium mineralization. The combination/stacking of positive features will assist prioritizing targets for testing first.

East Preston is near the southern edge of the western Athabasca Basin where targets are in a near-surface environment without Athabasca sandstone cover. These targets are relatively shallow but can have great depth extent when discovered.

This strategic piece of ground is located along a parallel conductive trend between the PLS-Arrow trend and Cameco’s Centennial deposit (Virgin River-Dufferin Lake trend).

Azincourt is an aggressive exploration company with multiple prospective projects in the energy metals arena.