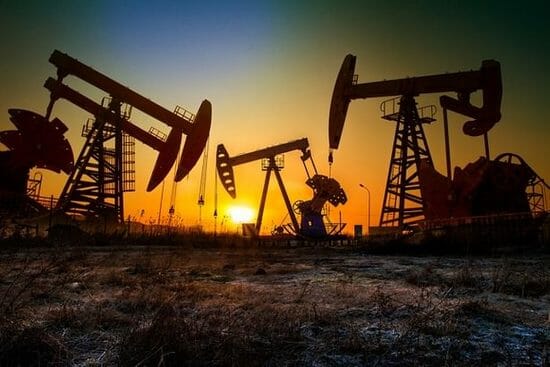 A few weeks back we talked about myopia and how the market appears to be suffering from an acute case of the disorder (I’m specifically referring to Merriam-Webster’s #2 definition of the condition).

Case in point: After yesterday’s close, Jericho Oil announced that one of its newer wells in the Anadarko basin STACK play of Oklahoma is producing at a rate of 725 BOE per Day. This impressive result should’ve launched the stock from its current $0.50 trading range to a higher high on the charts.

No such luck – myopia, and perhaps a few jangled nerves, rule the trading floor, for now.

I suspect this condition will wear off in the coming days/weeks. And Jericho’s price surge could be dramatic.

Jericho Oil Corp (JCO.V) has been featured prominently here in the pages of Equity Guru of late. Tapping the link below will help bring you up to speed…

The company boasts an enviable land position of 55,000 acres, including 16,000 acres in the STACK play of Oklahoma. I don’t use the word ‘envy’ lightly – Jericho picked up its acreage on the cheap, for pennies on the dollar. Similar acres now draw premium prices. Note the latest acquisition in the area involving Canadian oil giant Encana, and Jericho’s neighbor, Newfield Exploration – a deal valued at an eye-popping $5.5 billion. 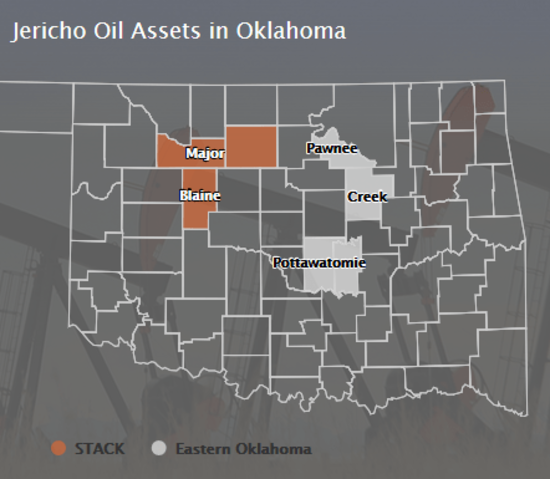 What makes these STACK acres so damned desirable?

The STACK is among the lowest cost basins on the entire continent. 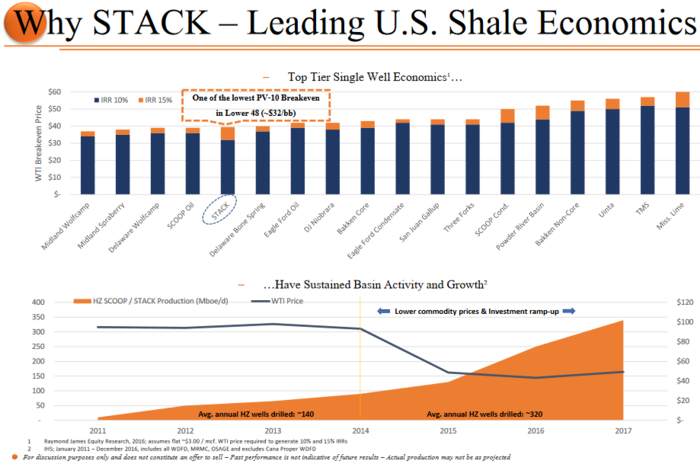 Another factor driving investment in the region is that your typical 1-mile horizontal well produces between 500,000 to 1,000,000 barrels of oil equivalent (BOE) with rates of return greater than 75%.

The Fraser Institute is on top of these positive underlying fundamentals having recently picked Oklahoma as THE best oil and gas destination on the planet.

Running due diligence on Jericho using online sources, including the offerings available here at Equity Guru, should help you gain a better understanding of just how undervalued Jericho is at current prices.

Having shrewdly picked up their coveted acreage for mere pennies-on-the-dollar between 2015 and 2017, Jericho’s focus is now on development. And they have stacks (scuse the pun) of development runway to exploit.

The company’s first well in Blaine County, Wardroom 13-19N-13W #1H, is located 2-miles to the southeast and is currently producing at a rate of roughly 220 BOE per day. Jericho holds a 47.5% working interest in Wardroom. 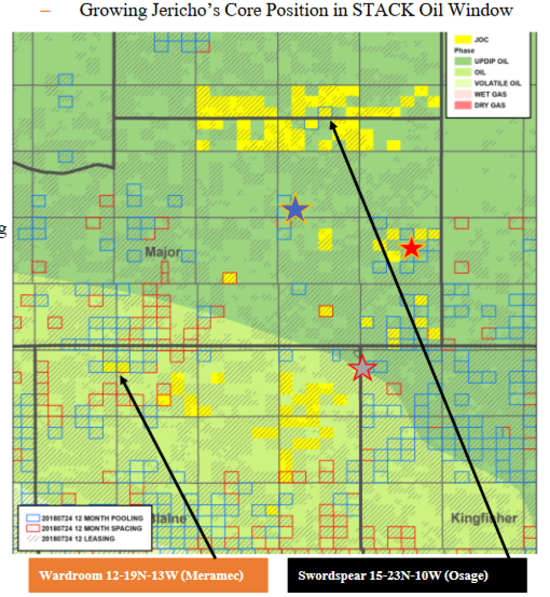 These initial rates of productivity, from both wells – Valkyrie and Wardroom – support Jericho management’s confidence in the multi-zone development potential of their coveted STACK acreage position.

I suspect this confidence is also shared by Jericho’s three significant shareholders, each holding a > 10% interest in the company. As a refresher, this 10%-plus club includes:

“Our focus in participating with best in class operators is working and we are extremely encouraged with the results of the Valkyrie and surrounding Meramec wells, proving the extent, both geographically and geologically, of the formation. In addition to the Meramec, we continue to execute on successfully proving-up the large resource potential of the regionally deposited Osage formation. Ultimately, 2018 has been an extremely productive year which has allowed our Company to have ever-increasing confidence in repeatable, multi-zone development of our STACK resource which, over time, should benefit our strong shareholder base.”

The company now has three wells in the bag and one more coming on.

This is a dynamic junior oil company – an aggressive one too. The potential here is bolstered by a top-shelf management team. Without this crew, I doubt the deep-pocketed investors mentioned further up the page would be onboard.

With 128.7 million shares outstanding and a sub-fifty cent share price, there is tremendous value here.