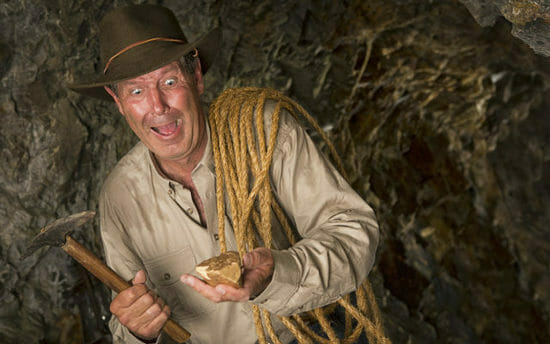 Gold has asserted itself in recent sessions, popping its head above the $1250.00 level.

This zone of resistance – the level between $1240 and $1250 – will be watched closely over the next few sessions. It’ll be watched by a whole universe of traders. Another weekly close above $1250 will increase the odds that it will continue carving out higher ground.

It makes sense that gold is showing some attitude, here, now – safe haven status ‘n all. General equity investors are currently mired in a world of hurt. The SPX (S&P 500) chart looks like a dogs breakfast… 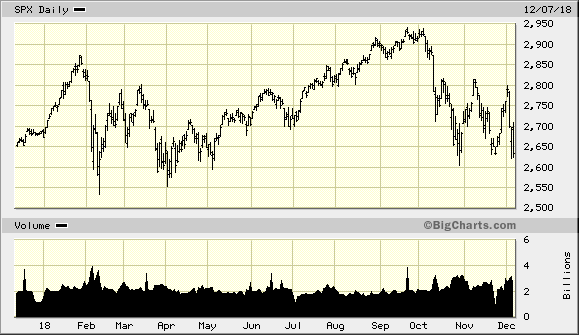 On the other hand, this chart of the GDX, an ETF representing the world’s largest gold producers, is bucking the general equities trend. It appears to want to go higher, up nearly 6% on the week… 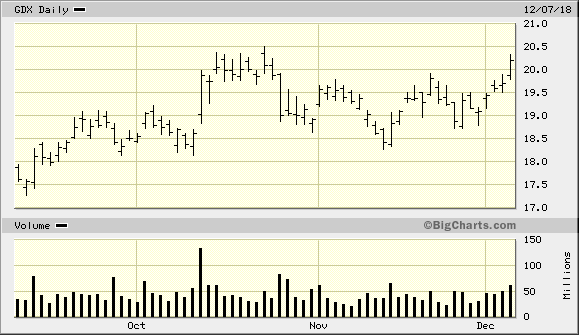 The GDXJ – GDX’s younger cousin representing a portfolio of smaller gold and silver mining shares – is also poking its head out of the tumult, looking to stake its claim on higher ground… 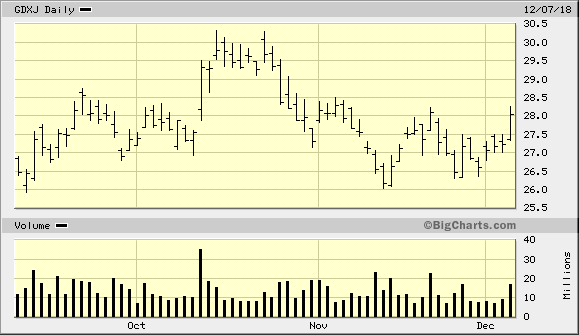 With gold showing strength and year-end tax loss selling drawing to a close, there may be an opportunity to scoop up some serious bargains over the next few sessions.

A handful of junior gold co’s for your consideration: 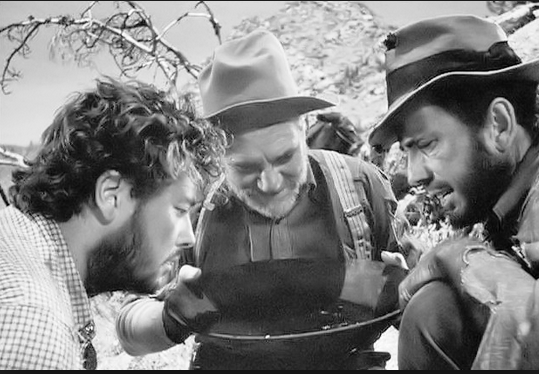 A final round of drill hole assays are due to be released from Forrest Kerr later this month or early next year. 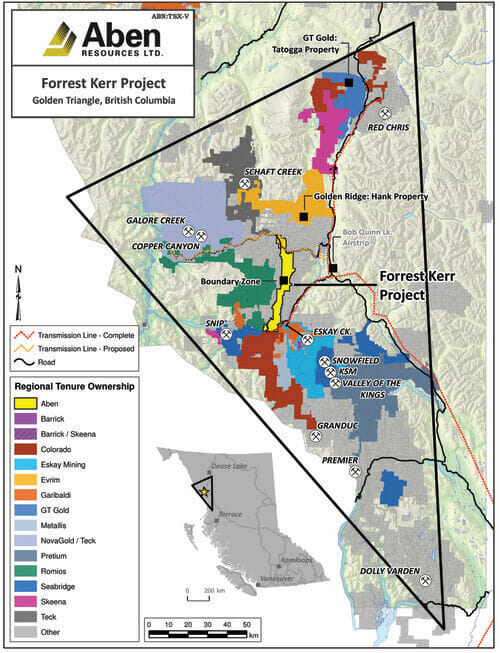 The company’s option to earn an 80% stake in the Chico Gold Project is also worthy of your due diligence. Chico is located 40 kilometers south of SSR Mining’s Seabee / Santoy mine complex in Saskatchewan. It’s a project which should see a fair amount of exploration activity beginning early in the New Year. 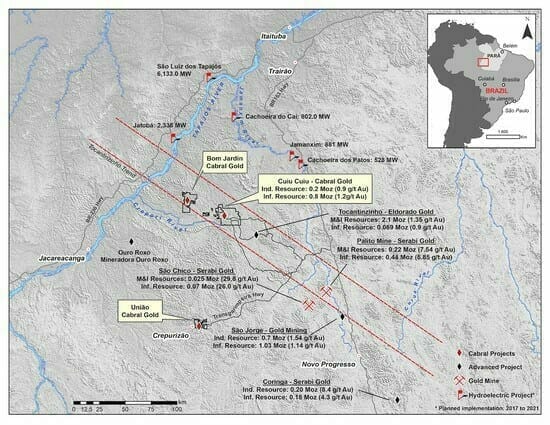 The company’s Cuiu Cuiu project – the largest of the historical gold camps in the Tapajós region – is about to probed with the drill bit.

After cashing itself up with a strategic investor, Cabral President, and CEO, Alan Carter stated:

The following link offers greater detail on the subject… 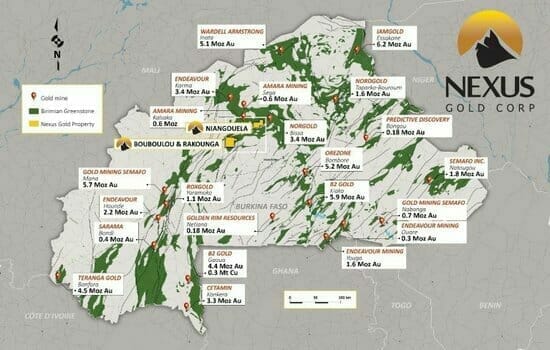 The link below offers our most recent coverage on Nexus…

The company’s property is steeped in U.S. mining history. The following YouTube link brings the properties past, as well as its untapped high-grade potential, back into the light…

Golden Arrow (GRG.V) is more of a silver and base metal company, though they are on the hunt for gold too. The company’s flagship silver/lead/zinc Chinchillas project is located in Jujuy province, Argentina.

We covered the company’s prospects earlier in the year as it was advancing Chinchillas towards production along with partner SSR Mining.

On December 3rd, the company dropped the following piece of news…

Golden Arrow Reports Commercial Production Declared at the Chinchillas Mine 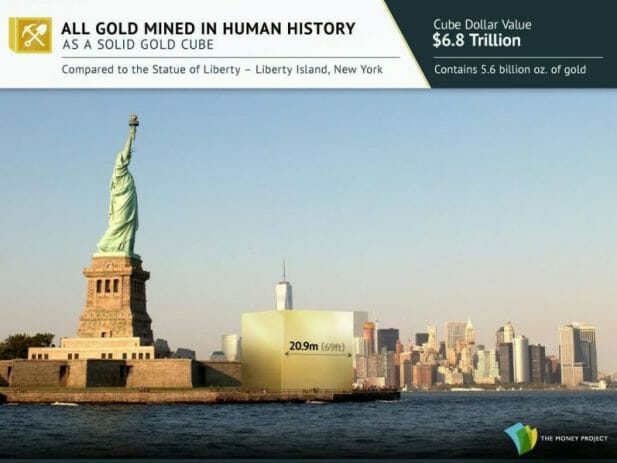 This is worthy of a mic drop. How many junior companies can you name that successfully achieved commercial production over the past half-dozen years or so?

Blackrock Gold (BRC.V) was covered here recently in a piece titled ‘Peak Gold and a classic setup in the mother of all mining jurisdictions.’

The company holds a large, 4,537 hectare chunk of geologically prospective ground strategically located near the confluence of the Carlin Trend and the Northern Nevada Rift of north-central Nevada. 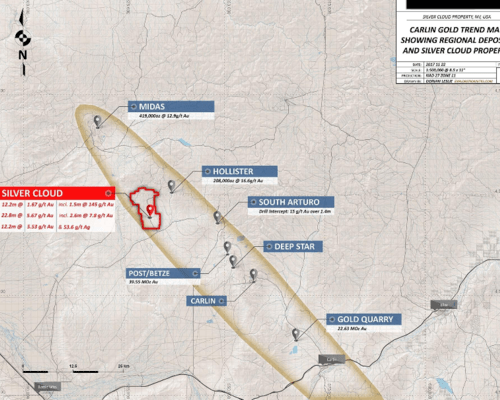 Blackrock’s Silver Cloud Property is located 8 kilometers west of the Hollister Mine. Hollister has a Measured and Indicated resource of 208,000 ounces of gold at a grade of 16.6 g/t, and an Inferred resource of 74,000 ounces grading 14.4 g/t.

Hecla’s Midas Mine lies only 20 kilometers to the north of Silver Cloud and sports a Measured and Indicated resource of 419,000 ounces of gold at a grade of 12.9 g/t, and an Inferred resource of 203,000 ounces grading 10.4g/t gold.

All eyes will be on Blackrock when it mobilizes a drill rig the property next year. If drilling is met with success, the company’s days as an independent ExplorerCo could be numbered – resource starved predators lurk nearby.

Granada Gold’s (GGM.V) flagship project is located in mining friendly Quebec. Note the deposits in the area. Some might call this elephant country… 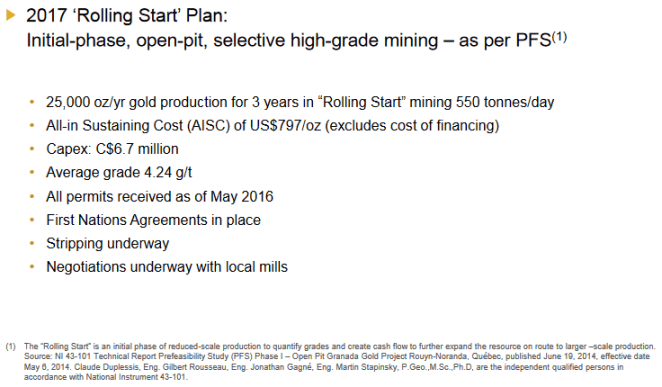 Lion One Metals (LIO.V) is on its way to becoming a high-grade gold producer at its 100% owned Tuvatu Project in the South Pacific Island nation of Fiji. 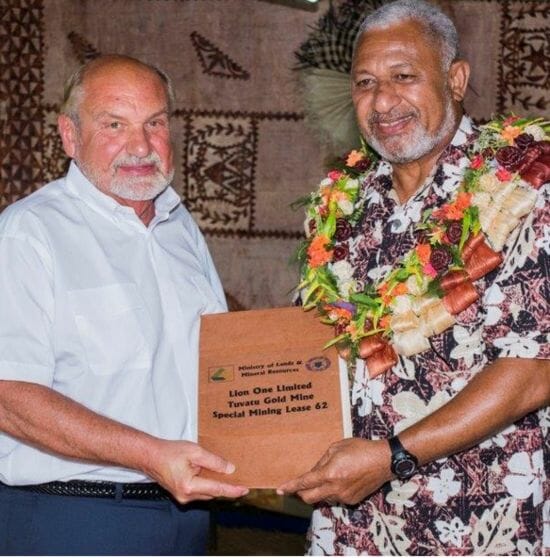 Project financing has been arranged…

Aside from the near-term production potential, the company has tremendous exploration upside. 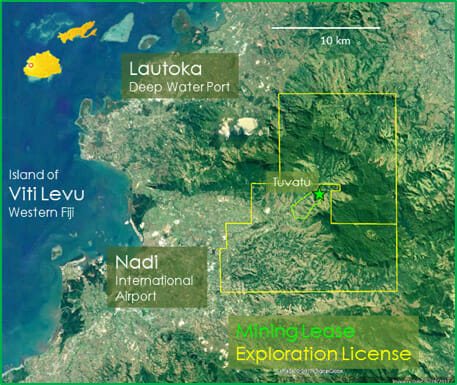 The above list is by no means exhaustive. It merely represents a cross-section of the buys I currently see as 2018 draws to a close.

Junior explorers – particularly those with ounces in the ground – have been known to catch a bid after tax-loss selling winds down. 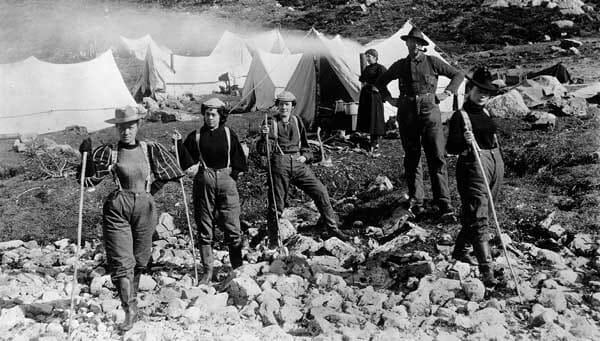 Full disclosure: Aben, Cabral, and Nexus are Equity Guru clients. We have no current relationship with Rise, Golden Arrow, Blackrock, Granada, or Lion One.