Blue Sky Uranium (BSK.V) has extended the term of its warrants.

The company moved to extend the term of their outstanding warrants Dec. 5 and the application was granted by the TSX by the end of the day Dec. 6.

Nikolaos Cacos, president, CEO, and director, wrote in a press release that Blue Sky applied to the TSX.V to extend the term of their 5.94 million warrants in the following manner:

The exercise price of the warrants will remain at 30 cents. Each whole warrant, when exercised, will be exchangeable for one common share of the company.

The warrant exercise period may be accelerated if the volume weighted average price (VWAP) for the company’s common shares on the exchange is 50 cents or greater for a period of five consecutive trading days, then the company may deliver a notice to the warrant holder notifying such warrant holder that the warrants must be exercised within 20 days from the date of delivery of such notice, otherwise the warrants will expire at 4:30 p.m. Vancouver time on the 21st day after the date of delivery of the notice.

In Argentina, BSK is a bit of a big deal. Equity Guru has punched out some interesting reads on the uranium/vanadium company in the past. Two recent articles highlight some exciting aspects of Argentine mining company. 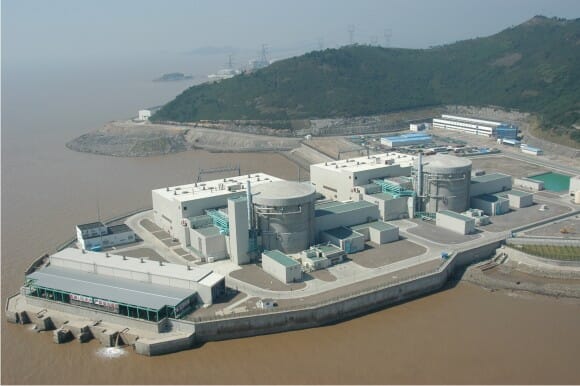 Argentina has three nuclear reactors that produce 10 percent of the country’s electricity. They plan to build a fourth reactor in 2020, a CANDU 6 at Atucha (which will be Atucha III). But the fuel to fire their domestic reactors is imported from Canada and Kazakhstan.

Add BSK’s local uranium to Argentina’s need for more U308 and the potential upside for BSK seems limitless.

BSK is focused on two wholly-owned mining areas: one in the Rio Negro province and one in the province of Chubut. Both provinces are in Argentina’s under-explored, mineral-rich south.

Focusing on both uranium and vanadium, BSK controls more than 450,000 hectares of mining permit areas. Most of the vanadium and uranium deposits are near the surface, which would mean the cost to extract the resource would be lower than conventional mines.

In September, Greg Nolan wrote about the Ivana deposit—located in Rio Negro at the Amarillo Grande project.

There are two main deposit types at the company’s Ivana project, the first is what’s known as a surficial deposit. Surficial deposits are easy to grasp. Yep… good guess – they lie right at or near surface. What these deposits lack in thickness, they more than make up for in lateral scale. Ivana has the potential to sprawl out significantly.

Equity Guru’s Lukas Kane asked in November if BSK’s “uranium rainbow” was pointing its colourful arc into a “pot of vanadium.” As the company aims to becomes the first domestic uranium supplier for Argentina’s nuclear power plants, it could also find itself supplying vanadium.

To be clear, BSK is not pivoting away from uranium … but the vanadium is no longer just a “kicker” (a secondary metal that creates a small additional revenue stream). It has the potential to radically change the economics of the Amarillo Grande project.

The Argentine government is fully behind a domestic uranium supply program. This will happen. When it does, domestic suppliers, like BSK, will have first-mover advantage.

Some facts from the WNA on Argentine nuclear power: