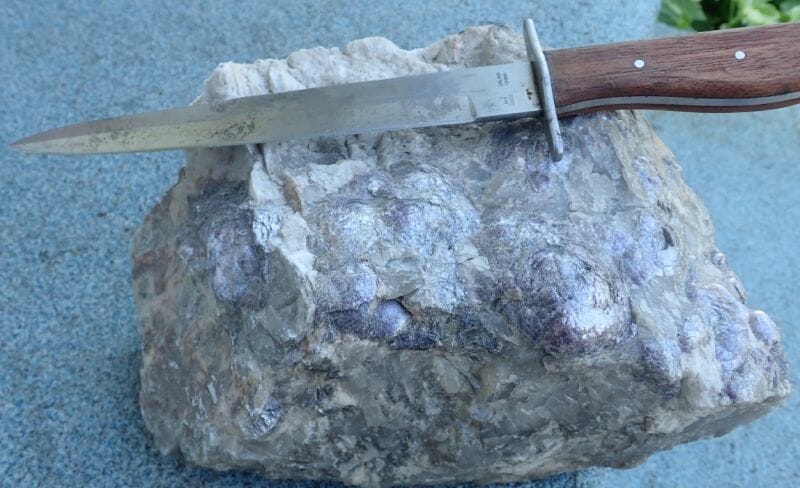 Azincourt Energy (AAZ.V) is building a robust project portfolio in the clean energy~clean fuel space.  What they’ve has assembled thus far is impressive.

This time round, we’re moving eastward where the focus will be on lithium (Li2O).

The price of Li2O has gone on a rip-roaring tear over the past few years. 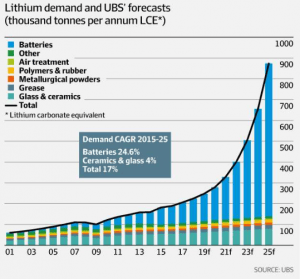 Demand for lithium is expected to rise… dramatically. Lithium is a critical component in the EV revolution that’s sweeping over the planet. It’s also an important component in the development of new grid-scale energy storage technologies that are coming on in a big way.

With partner New Age Metals, Azincourt is a dominant player in the Winnipeg River Pegmatite Field of Southeast Manitoba. 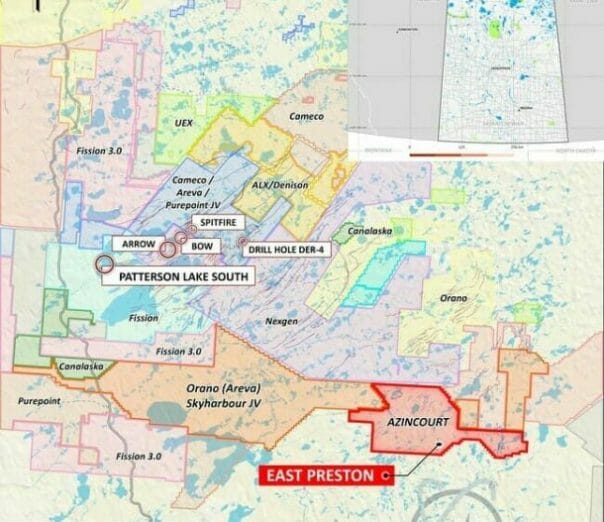 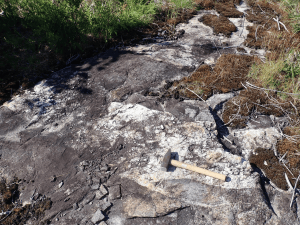 What is pegmatite you ask? Pegmatite is the host rock of spodumene. Spodumene is a pyroxene mineral and a source of über high purity lithium.

The company currently has boots on the ground mapping and sampling prospective targets in preparation for a minimum 3,000-meter drilling program.

Reconnaissance mapping and sampling are an effective, low-cost method of identifying and confirming new pegmatite discoveries. 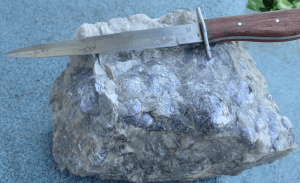 Regarding the truth machine (drill rig)…

Drill permits have been applied for on the Lithium Two and Lithium One Projects and the company is awaiting approval from the province. Drilling will commence once the permits are approved.

On October 30th, the company reported progress from a surface sampling program at its Lithium Two Project.

Seven surface samples from the Eagle Pegmatite returned lithium values > 1%. Groundwork extended the showing some 300 meters to the west.

Here, reported progress on the company’s Lithium One Project.

Over the past few months, crews have been busy scouring the landscape mapping and sampling the area. The aim was to fine tune and prioritize drill targets for an upcoming campaign. 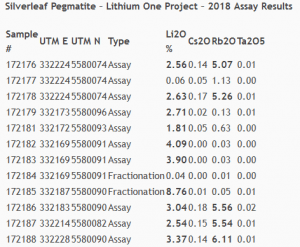 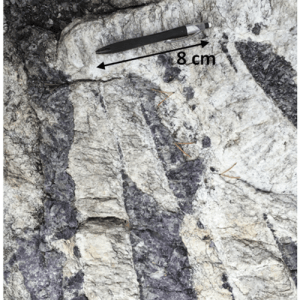 As noted in the above assay table, these grab and channel samples were obtained from the Silverleaf Pegmatite surface showing. 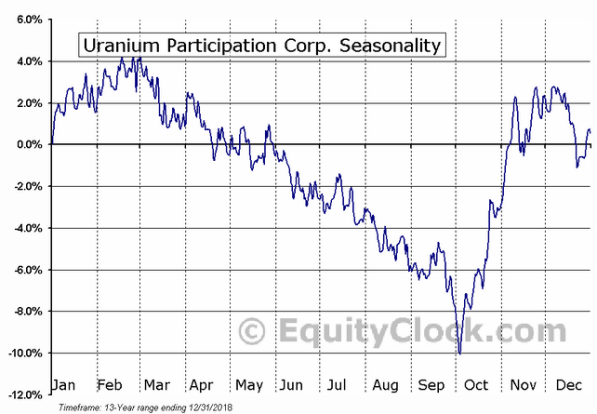 The Annie pegmatite, along with several other Lithium One pegmatites, were also sampled during this exploration campaign. Assays are pending (I look forward to seeing what Annie has tucked away).

“These are excellent results at Lithium One, the numbers are significant. These high-grade samples, combined with our earlier results at the Lithium Two Project, have provided important data that is not only extremely beneficial in the identification of priority drill targets, but they also greatly enhance our understanding of the project potential. With each round of results the viability of the projects become more compelling. We are excited to progress to drill stage and begin to unlock that potential.”

There appears to be significant pent-up potential here. What the company is finding on the surface along the Winnipeg River Pegmatite Field (WRPF) is extraordinary.

We have two compelling dimensions at WRPF. We now wait for the drills to turn to reveal that all important third dimension – depth. We shouldn’t have long to wait. Manitoba is a mining friendly jurisdiction and signatures were recently put to paper sealing an agreement with the Sagkeeng First Nation. This document, forged out a spirit of respect and cooperation, clears a path to drilling.

According to CEO Klenman, the company is scouring the globe for prospective clean energy~clean fuel projects. Their recent acquisition of three uranium-lithium exploration projects in southeastern Peru demonstrates this intent. It would be not unreasonable to expect additional property acquisitions.

Newsflow should be strong going forward.