As you may recall from a host of Equity Guru articles relating to the subject, the company boasts first-mover status in Mexico’s energy reform where it’s aggressively pursuing production growth on an onshore block with significant potential. 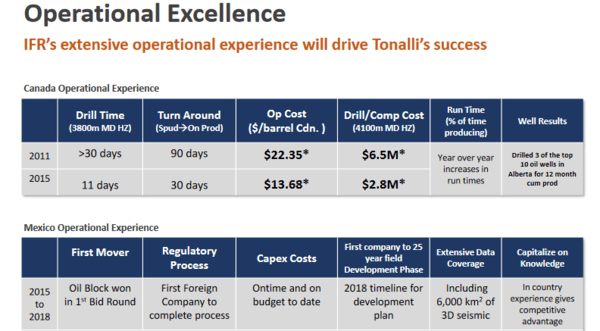 The name of this onshore block is Tecolutla, a vastly undeveloped mature field located on the Tampico-Misantla Basin, a prospective onshore ‘Super Basin’ with huge unconventional oil and gas potential (source: IHS Markit). 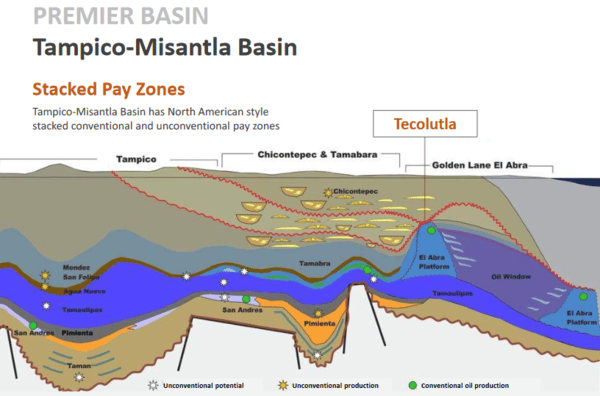 The name of IFR’s joint venture partner is Grupo IDESA, one of the largest petrochemical companies operating in Mexico today. 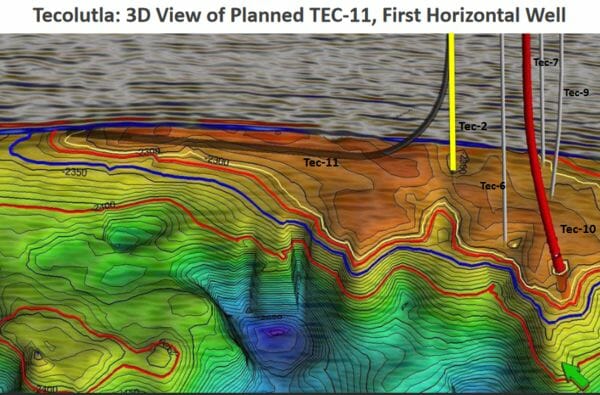 The name given to the joint venture between IFR and Grupo Idesa is Tonalli Energia, a 50/50 arrangement. 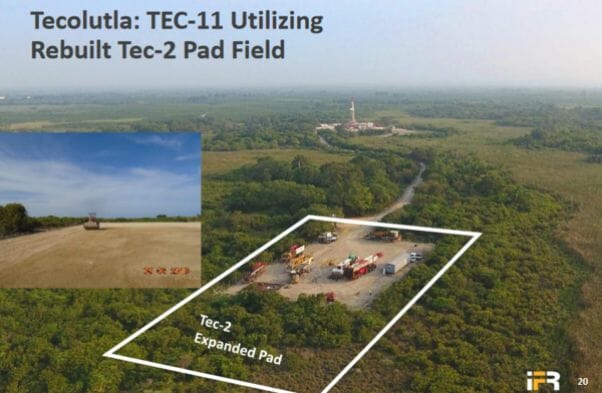 It’s important to note that the company recently entered into a share option agreement with its JV partner, Grupo IDESA. This agreement allows IFR to purchase all of IDESA’s outstanding shares in the joint venture company, Tonalli Energia.

The details of this share option agreement are spelled out in an IFR news release dated September 26th.

For a deeper probe into the evolution of this aggressive first-mover, the following Equity Guru articles will help bring you up to speed…

(the Equity Guru scribes responsible for the above coverage: Chris Parry, Lukas Kane, and yours truly)

As of October 31st, TEC-10 has produced for forty-two consecutive days from 2.5 meters of perforation with the following results:

These rates compare well with the improved flow rates highlighted in an August 7th news release.

“The flow data and high deliverability of liquids at TEC-10 continues to increase our confidence in the potential of this block. All Tecolutla oil sales have benefited from a strong commodity price in Mexico, and will provide ongoing cash flow for the field’s development.”

On the subject of oil sales and strong commodity prices in Mexico, it’s important to note that Mexico’s light oil demands a price premium to WTI (West Texas Intermediate).

TEC-11, the company’s first horizontal well, will be spud on November 12th. This first lateral well could mark the beginning of multi-well drilling program for the Tecolutla block. Detailed information gathered from the TEC- 10 well – permeability, porosity, and pressure data – indicate that the reef at Tecolutla is capable of high deliverability.

The ability to execute with efficiency: it’s often the difference between failure and success.

IFR’s team, led by CEO Hanson, appears to be hitting its mark on all fronts. 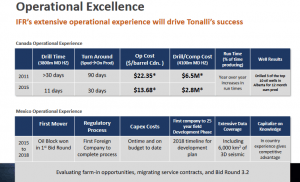 Note the efficiencies demonstrated by this crew while operating in Canada between 2011 and 2015. Impressive.

The company is not content sitting on one asset. IFR is registered and is evaluating bid round 3.2 slated to hit the auction block in February of 2019.

This agreement with Lifting MX targets certain areas in southeastern Mexico where PEMEX is offering seven farm-out license contracts in the states of Veracruz, Chiapas, and Tabasco.

“This signing of this strategic agreement brings together two companies with demonstrated onshore Mexico experience. Tonalli has worked diligently in selecting a partner that has achieved significant commercial success in Mexico.”

IFR has 151 million shares outstanding and a very modest market-cap of approx $21.9M. Management has significant skin in the game holding roughly 32% of those outstanding shares.

As noted in a recent Equity Guru article, the company is gaining ground and may find a whole new gear with TEC-11, its first horizontal well on its Tecolutla block in Mexico.

Stay tuned as the newsflow should be steady from here on.