If you’re a sports fan in Canada, you have likely seen (or know of) theScore’s (SCR.V) sports-highlights/headlines cable TV channel that once graced the screens of bars across the country, with the sound down and advertising opportunities limited.

Legalized betting is gaining traction in the United States, and theScore wants to jump on board with its announcement of an $8.5 million private placement “to fund its sports betting-related business development activities,” among other things. Third time’s a charm.

If you’re a sports fan almost anywhere on Earth, you know there are several apps jockeying for your attention to download as your go-to space for updated scores and breaking news. Despite what the companies themselves might say, there’s not much difference between the various products other than aesthetics: whatever turns your crank as a user interface. Financially, they’re not exactly lighting it up.

I use theScore’s app on my iPhone daily and it’s useful for what I need, but I use it because it’s based in Canada and so am I. Other than that, there’s not much differentiation between it and what ESPN, CBS Sports and others provide.

A look at SCR.V’s stock performance over the last six months is also less than inspiring. 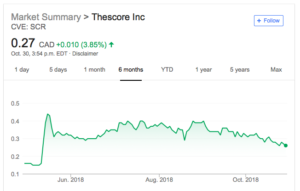 Other than a big jump in early May, the price has hovered in the $0.30 range. So now, with opportunity knocking in the wake of court rulings essentially legalizing gambling in the states that want it, theScore wants to sell 36,956,522 Class A subordinate voting shares at $0.23 a pop.

“This offering will support and accelerate our ongoing work to capitalize on the introduction of legalized sports betting in the United States,” said theScore founder and CEO John Levy. “We believe theScore’s large and engaged audience, combined with our expertise in delivering great mobile experiences provides us with exciting opportunities in this space.”

A project that could be resuscitated with some of that capital is Swoopt, the daily fantasy sports platform SCR.V bought in 2014 but which is no longer active, and has no social-media presence to speak of.

Or they might want to start their own sportsbook and take bets, and that effort would be fraught with its own regulatory barriers on both sides of the border.

In any event, without more detailed guidance it’s difficult to gauge what theScore intends to do with the capital they’re chasing. In the meantime, I’ll continue to use their app… that, at least, is free (for now). 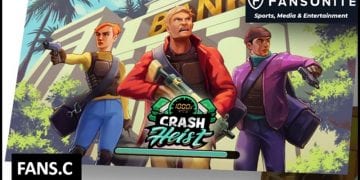 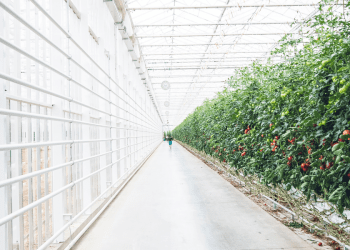 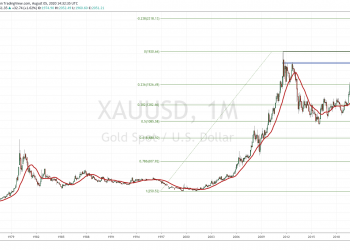 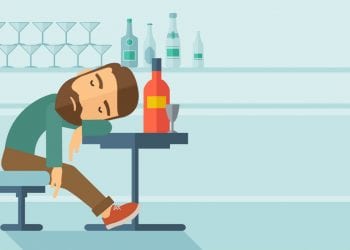