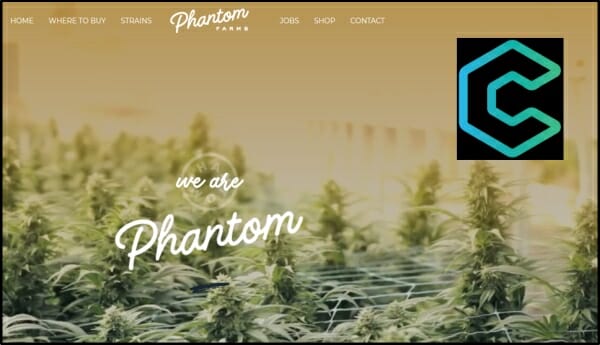 On October 18, 2018 C21 Investments (CXXI.C) announced that it has entered into a “definitive agreement” to buy Phantom Farms.

A “legacy cannabis brand” based in Oregon, Phantom is known for its organic cultivation practices, with a focus on quality terpene development.

According to Leafly.com, “Terpenes are fragrant oils that give cannabis its aromatic diversity.”

These oils are secreted in the flower’s sticky resin glands, the same ones that produce THC, CBD and other cannabinoids.  Like cannabinoids, terpenes bind to receptors in the brain and give rise to various effects.

Phantom received ‘Outstanding Terpenes’ award at the 2018 Cultivation Classic. It also won ‘Best CBD Flower’ at the Dope Cup in 2016 and 2018.

Cannabis is currently illegal at the federal level in the U.S., so Phantom Farms can not truck its product across state lines.

We believe that the potential for cannabis to replace opioids will eventually melt U.S. resistance to legalised pot. 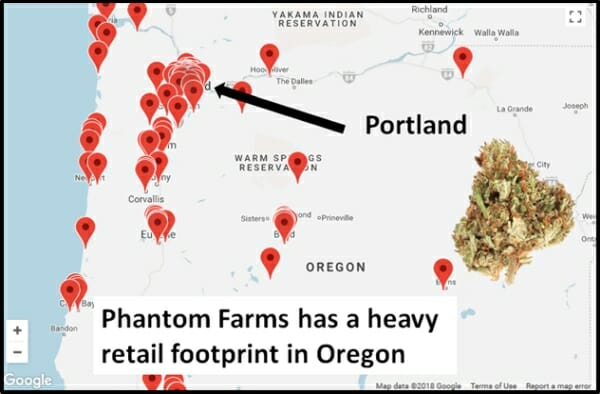 When country-wide legalisation comes – established brands like Phantom Farms will have a leg up in the new federal market.

“Joining C21 Investments will enable us to expand our operations and establish our brand as a powerhouse in the global cannabis industry,” stated Sky Pinnick, CEO of Phantom Farms.

Check out the drone photography in the video below, as Pinnick tours you around Phantom’s commercial outdoor weed farm.

[side-note: as every novelist knows, names are important; if you are going to grow outdoor weed in Oregon – the correct name is “Sky Pinnick”.]

The Phantom Farms deal requires the approval of the Oregon Liquor Control, which should take about 3 months.

Chris Parry’s article, “Canopy Growth Corp (WEED.T) has $5 billion to buy something: What’s on the list?” – identified C21 Investments as a potential target. 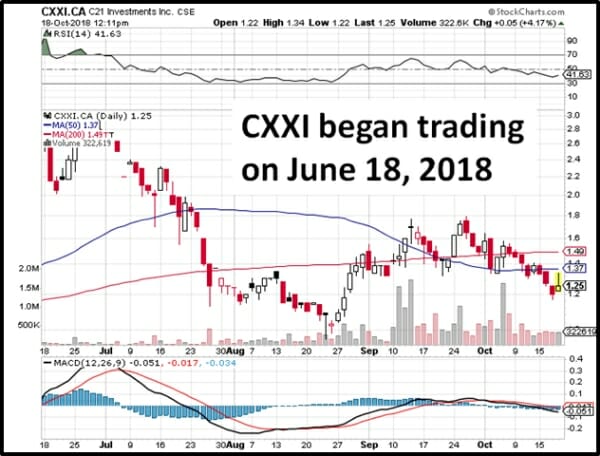 C21 is expanding into jurisdictions where it can own indoor/outdoor cultivation operations, processing/extraction facilities, bakeries, branded products, and retail dispensaries with established distribution. 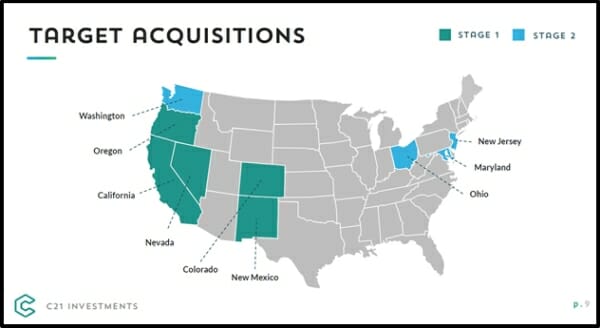 “Grön is a critical addition to C21’s growth strategy to acquire operations that can vertically integrate in each state and compete aggressively in the US$11 billion cannabis market in the United States,” stated Robert Cheney, President and CEO of C21 Investments.

Full Disclosure: C21 Investments is an Equity Guru marketing client, and we own stock.