Good to see that Weed Wednesday finally arrived in Canada-land. Word on the ground was stock was in very short supply and few could get their hands on the stuff.

Without further ado, let’s dive into a few things we’re keeping our eyes on.

The Kraken is about to be released. 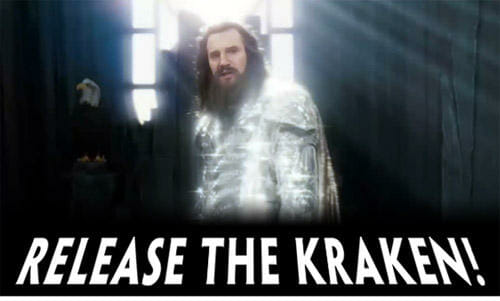 Over 2.6 million bucks worth at current prices. Nice 😉

And Blumenthal is not the only board member about to reap a windfall.

A recent ASX market release shows an astounding 23,200,001 fully paid ordinary CPH shares will be released from escrow tomorrow, which constitutes approximately 20% of the entire float.

Do you still fancy the shares hitting $1.10 any time soon?

Blumenthal has been busy organising a $7,500 a head fundraiser for Liberal candidate Dave Sharma, who is running in tomorrow’s by-election for the Sydney seat of Wentworth, held by former PM Malcolm Turnbull. 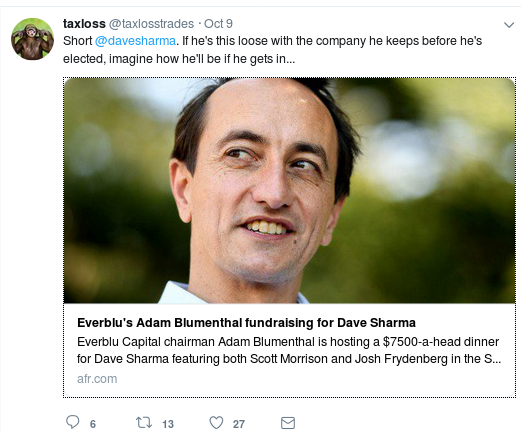 This is one of the few federal seats which Labor have never won, and if recent polling is anything to go by Sharma is no shoe-in to stop it slipping away, with independent Kerryn Phelps giving him a run for his money. 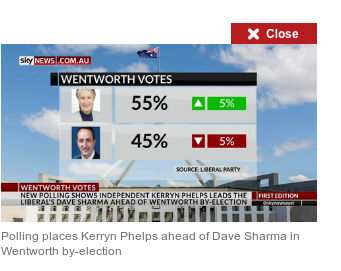 This despite a filthy e-mail campaign against her in recent days. We won’t give that one any more oxygen, the only way to deal with trolls. 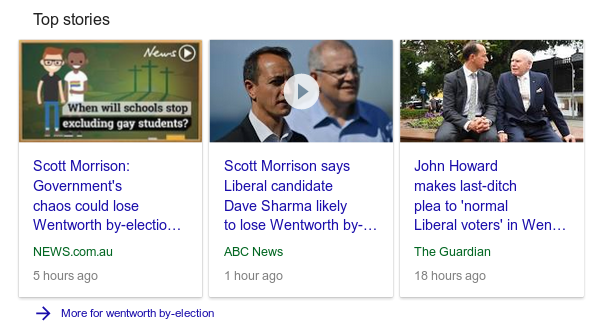 The Australian public has had enough of this shambles of a government, your scribe included.

The last time we spoke of Creso Pharma (CPH.ASX) we told you the options offered under the entitlement issue were a crappy deal for shareholders.

The stock has tracked lower ever since the option entitlement issue was announced on July 23, 2018.

Recall that shareholders were able to apply for the options, priced at $0.05, with a strike price of $0.80 and exercisable on or before 21st August 2020 on the basis of 1 option for every 2 shares held as at the record date being 31st July 2018.

One could hardly call the entitlement issue a success. A total of 24,377,710 options were issued raising gross proceeds of $1,218,885.50. Given the directors of the company chipped in $518,648 of the total raised, that means the majority of existing shareholders at the record date decided to bypass the offer.

The shares are currently trading around the $0.60 level, having flirted with 52-week lows this past week.

At present there doesn’t appear to be much of an appetite for the options, which are trading on the ASX under the code CPHO. Looks like a few trades have gone through, at 7.5c and 10c. Small parcels, nothing of size.

If you understand how options work, paying more for them than they were offered at, while time has already been shaved off the clock and the underlying share price has dipped isn’t the smartest play 😉

Canadians be forewarned. the company has announced its intention to seek a possible listing on the TSX venture exchange.

Before you trade this bad boy, remember we are your due diligence.

The stock has been dual listed for some months now, with the stock joining the board in Frankfurt on July 17, 2018, trading under the code 1X8. European shareholders are now enjoying the same fate as their Aussie counnterparts – a declining stock price. 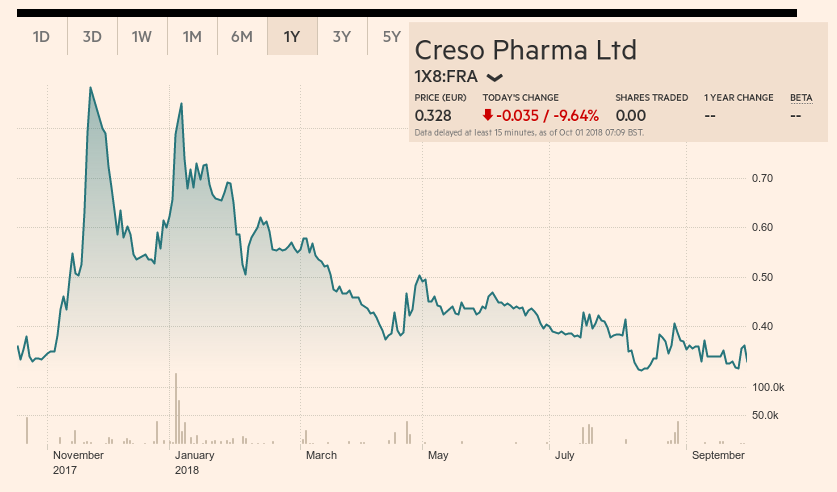 The bastard-child of Creso and the Baltic Beer Company has finally arrived under the Old Boy Mary Jane brand. 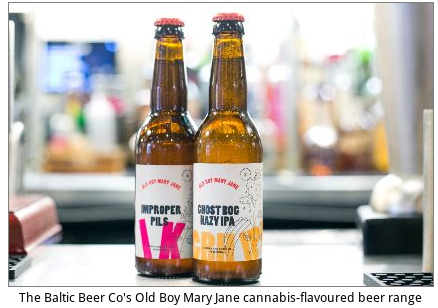 Shareholders will be in need of a few of these, even moreso if they could get a decent buzz. Unlikley given the brews contain on CBD or THC.

Just in case you were wondering, the cannabis inspired terpenes add flavour, not THC (the psychoactive drug in cannabis). And, about that “terpene” word. It refers to “any of a large group of volatile unsaturated hydrocarbons found in the essential oils of plants,” which is where the flavour comes from. So, are you now relieved or dissapointed? – Source: OBMJ company website

Here at The Fumble we’d rather get our laughing gear around the beer brewed for Harry and Meghan’s royal tour of Oz.

FULL DISCLOSURE: Creso Pharma are not an Equity Guru marketing client. We haven’t sampled any of the beers mentioned in this article. But we’d like too 🙂