On October 15, 2018 Heritage Cannabis (CANN.C) announced that its acquisition target CannaCure has been granted a license to grow weed, pursuant to the Access to Cannabis for Medical Purposes Regulations (ACMPR).

On July 23, 2018 Heritage said that it intended to acquire CannaCure in an all-share transaction.

Clint Sharples, Chairman and CEO of Heritage stated that “This transaction is another step in Heritage’s goal to becoming a significant participant in the cannabis industry in Canada.”

In total, shareholders of CannaCure will receive about 133 million shares of Heritage. The deal is contingent on Heritage raising $7.5 million for expansion purposes. 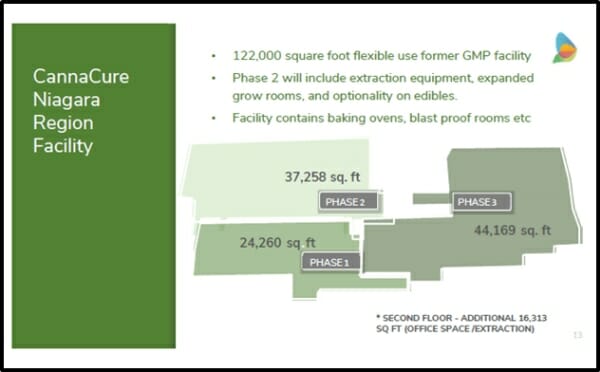 CANN’s 75% owned subsidiary, PhyeinMed, located in the Okanagan is already a licensed producer (LP) under (ACMPR). The company is 75% owned by Heritage Cannabis.

PhyeinMed is going to supply recreational and medicinal cannabis products to Canopy Growth (WEED.T), at multiple retail locations and through its online store, TweedMainStreet.com.

WEED was in the news today, after it announced the purchase of Colorado-based ebbu to “complement and accelerate” its expansion into new types of consumer products.

PhyeinMed has completed Phase 1 construction, consisting of 15,500 sq ft of production space.   Phase 11 consists of 10 greenhouses, with four slated for completion this fall and the remaining six by spring 2019. 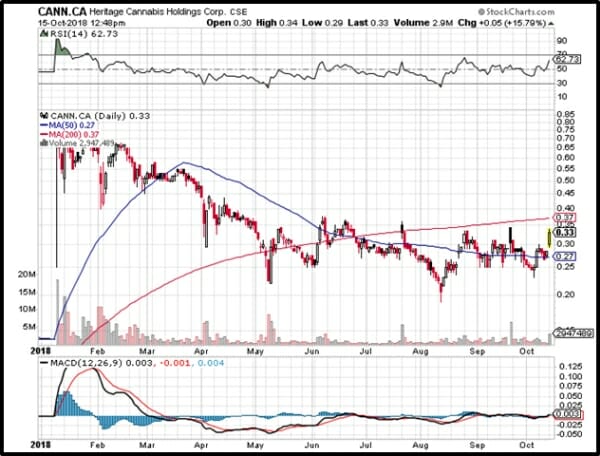 In September, Heritage Cannabis also signed an LOI to wholly-acquire Purefarma Solutions, a CBD-oil manufacturer based in Kelowna, B.C.

The deal provides PheinMed with an “established pathway into the Canadian retail and wholesale, as well as overseas markets.”

Purefarma’s 2017 revenues were about $2 million, while its EBITDA was $500,000. The company also has an existing supply agreement for 1,600 acres of hemp through its farmer partners. Heritage Cannabis expects this harvest to be brought to market in 2019.

CANN also did a deal with GLE Brands – that represents the ‘Cheech’s Private Stash’ – the brand of iconic funny-man and weed advocate, Cheech Marin.

Mr. Marin is widely known for being one half of the comedy duo ‘Cheech and Chong’ which gained prominence in the 70s and early 80s for its public use of cannabis in mainstream movies.

The agreement gives Heritage to exclusive rights to the Private Stash brand throughout Canada for an initial period of two years.  If various sales milestones are achieved, the agreement will be automatically renewed, without further negotiation.

“We are confident in Heritage’s ability to execute,” stated Lisa Marcus, President of GLE. “We see Canada as an important next step as we expand the brand.”

Packaging will be changed to meet all Canadian government regulations. 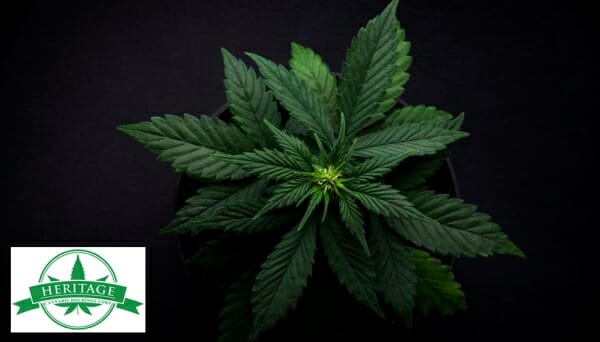 In fact, CANN still owns a gold project in Quebec, which it is looking to sell.

“We would like to congratulate the team at CannaCure for this significant milestone” stated Sharples, “we look forward to completing this transaction in the near future and moving forward as one entity.”

Full Disclosure:  Heritage Cannabis is an Equity Guru marketing client and we own stock.