If you’re the kind of investor who applies added value to a cannabis company that grows a premium product, that company growing an organic product is likely a big deal to you.

And the company being actually certified as organic is likely an even bigger deal.

If those two things are true for you, then you’ve probably given Organigram (OGI.V) a wide pass for about two years now, because that company, which came to market making bold claims about its accredited organic product being a sector killer, has been doing the less impressive “we’re organic, we just don’t have the certification right now” dance ever since.

Organigram was de-certified when news came to hand that an Aurora Cannabis (ACB.T) test of their product had showed excessive presence of pesticides used in some food operations, but outlawed for cannabis because it produces poison when ignited. That situation has the company still facing lawsuits, and brought on a costly product recall, a situation that it didn’t really shake on the stock chart until a few months back. 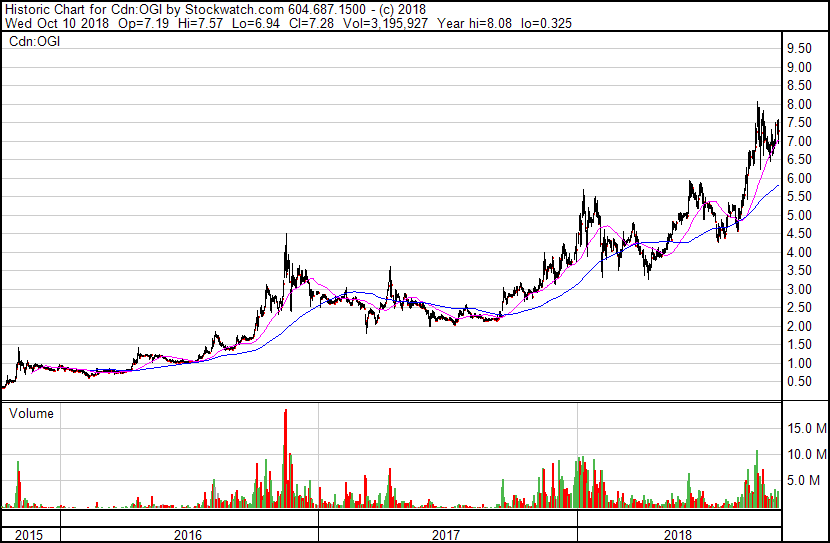 Today’s news, that the company has its Ecocert certification back, is a reset button hit.

Organigram Holdings Inc.’s medicinal cannabis plants and growing process have been certified as organic with Ecocert Canada. The process of recertification coincided with Organigram Holdings’ significant expansion of its facility to meet the growing and anticipated demand for both mineral and organic production.

As part of the process, Organigram Holdings submitted a comprehensive action plan to Ecocert Canada, part of the Ecocert group and one of the largest organic certification organizations in the world, outlining the company’s robust segregation design to manage and execute the complexities of producing and processing both streams of product within the same facility.

The big question now is, does the organic consumer trust Organigram to deliver a truthfully organic product, even with their certification back, when they ran so far off the rails when they thought nobody was looking?

OGI tried to downplay its earlier problems and did a terrible job owning up to its mistakes, establishing themselves as sneaky rather than victims of circumstance. Aurora ended up being covered in glory, for both figuring out the pesticide issue in product it got from Organigram, but also in raising its hand first, and offering full refunds to consumers while OGI hedged its bets.

Now that Organigram is back in the full organic game, they should own the market, right?

Rubicon Organics (ROMJ.C), a fully organic producer with an amazing branding approach, debuted on the public markets today, and experienced a full year of markets education on a single day.

The stock opened like a rocket, at $5.25, but was sold into quickly and consistently all the way down to $2.82. The stock returned quickly enough to $3.25 and held there most of the day. 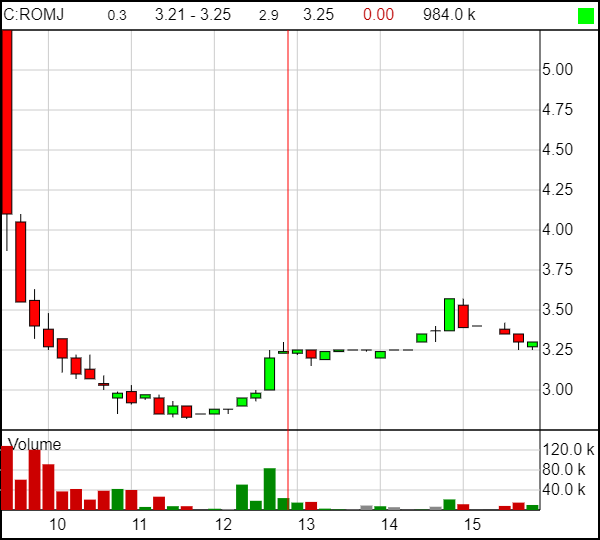 Why is $3.25 an important base? Because that’s where they did their last financing.

In all likelihood, the seller smashing them down to their financing price was someone who took part in that raise, and he was happy to sell all the way down to ‘give me my money back and I’ll keep the warrants, cheers’ levels.

Not only is that a shitty thing to do on a company’s first day, it’s a dumb way to trade. If that investor had given Rubicon a chance to establish itself at the $5 level, he or she might have been able to sell their stock slowly over several days, not kill the share price, and get a bigger return for themselves.

But hey, when your mistress needs Fluevogs, she must be appeased immediately, right?

The close of trading Wednesday saw the company sitting on a $130 million market cap, which is nothing to sneeze at, but most certainly being held down by one guy, serving as further evidence that the old going-to-market mindset of finding a handful of big fish to finance you early can be detrimental to a company in the short term, when one of those big fish needs out.

What Rubicon needs right now is retail investor interest, and I’m about to help it in that respect.

REASONS TO PUT RUBICON ON YOUR WATCHLIST: 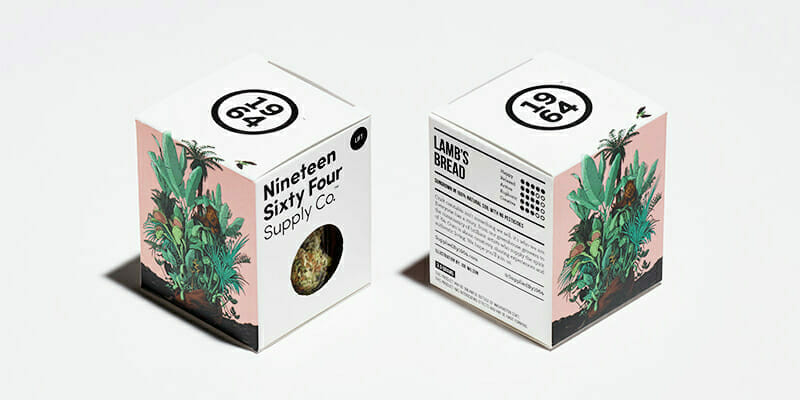 We wrote about this branding push a few weeks back, comparing what Rubicon is doing – going urban, 1960’s, and street artist focused, to what 1933 Industries (formerly Friday Night – TGIF.C) is doing – going nostalgic, 1930’s, and more earthy.

Both are amazing. Especially when compared to the ‘we paid an undisclosed amount to a branding agency and all we got was nicknames for weed’ crowd.

Woof. You know it’s a weed brand because it has a leaf on it and it’s green! Come on, Cronos. You can do better…

Back to Rubicon: While it sucks that their stock got beaten about on opening day, as an investor looking for value so that I’m more likely to get a 10x return on my bet, a $130m company coming out of a sell-off looks a lot more attractive to me for a buy-in than a $300m company coming off a hot open.

I’m pretty sure that $3.25 is the bottom level for their mystery seller, since he or she held that line all day and clearly paid that much for their stock, so while I can commiserate with the Rubiconians and what they’ve gone through today, I’m planning to buy at the open tomorrow – especially if I can get it at that same $3.25 level.

Whoever the investor is, they’ve actually done you, the reader, a favour. Without them, you’d be paying $5 a share tomorrow. Instead, you get to back up the truck on a value pick.

FULL DISCLOSURE: Rubicon and 1933 Industries are Equity.Guru marketing clients, and the author owns stock in Rubicon.