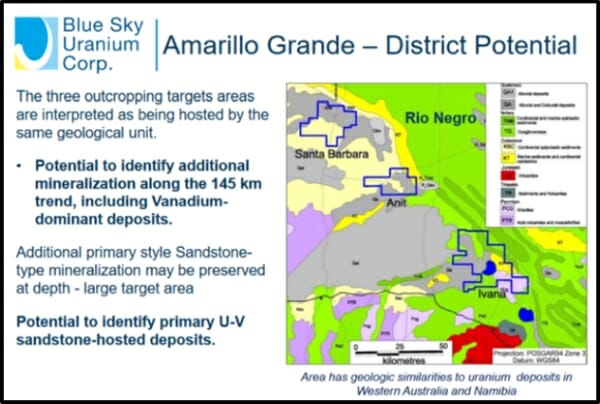 “Ivana is largely a surficial deposit,” wrote Nolan, “It begins right under your feet. What Ivana lacks in thickness, it more than makes up for in lateral scale. The sprawl-potential at Ivana is considerable. 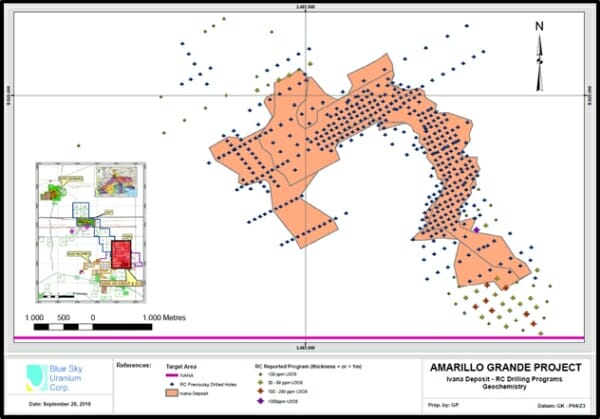 Results from all 61 holes demonstrate that the Ivana Uranium-Vanadium deposit extends 1 kilometer to the south of the current mineral resource.

“We are pleased that drilling in the Ivana uranium-vanadium deposit area has demonstrated it is open to expansion outside of the current mineral resource,” stated Nikolaos Cacos, Blue Sky President & CEO.   “Blue Sky continues to advance high-priority targets in the Ivana area while progressing the processing design and metallurgical test work to support a PEA.”

These latest results indicate lower uranium grades than the deposit average – over a much wider area.

Compare these results to October 30, 2017 results from BSK’s Phase II RC drilling at the Ivana target which boasted highlights.

Granted, the October 9, 2018 announced drill program didn’t have super-star holes, but the results are solid while maintaining significant levels of Vanadium. 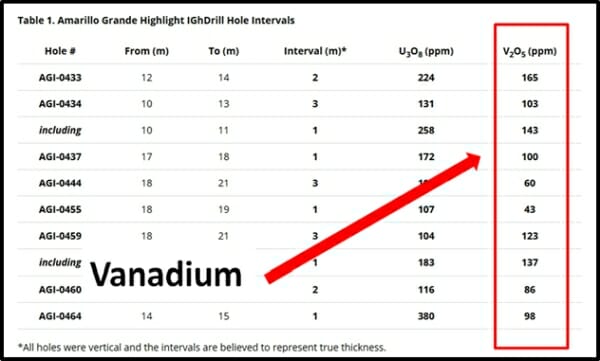 Vanadium is a steel-blue metal used in the manufacturing industry owing to its malleable, tensile and corrosion-resistant qualities.

“In the Ivana deposit we announced 20 million pounds of uranium, and 10 million pounds of vanadium,” stated Cacos in a recent InvestorIntel video interview, “In the past that was considered a nice by-product, now it is a significant because the price of vanadium moved from $4.00 a pound to $19.30 a pound.”

“Vanadium is difficult to find so it is relatively rare,” continued Cacos, “Demand is being driven by energy storage usage, but it is also being used in the production of steel.” 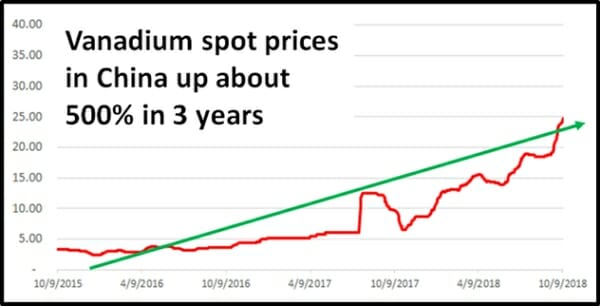 Events in China are catalyzing further increases in the spot price of vanadium. 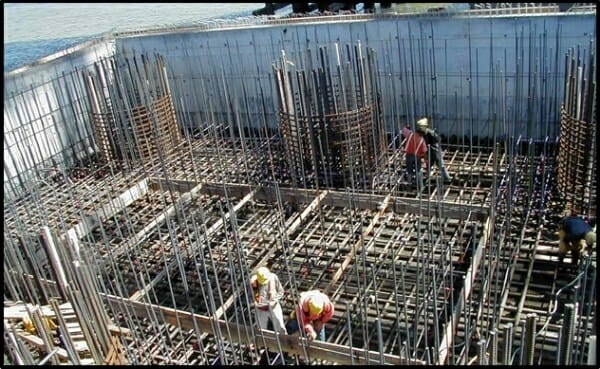 Blue Sky’s recent progress can be tracked in the articles below:

“In Argentina, we have first mover advantage,” Cacos told Equity Guru. “We have 25 years of Argentina mining experience.  We share the wealth with the locals, and we’ve never had issues getting permits.”

The Ivana deposit eats up about 7,000 hectares, in the southern portion of the 14- kilometer uranium-vanadium exploration trend.

The Ivana Deposit is only about 2.5% of the total property area.