The company’s successful expansion into the enormous US market, paired with management’s maneuvering, deft acquisitions and underpromotion, have helped set the stage for iAnthus Capital’s impressive upward climb. 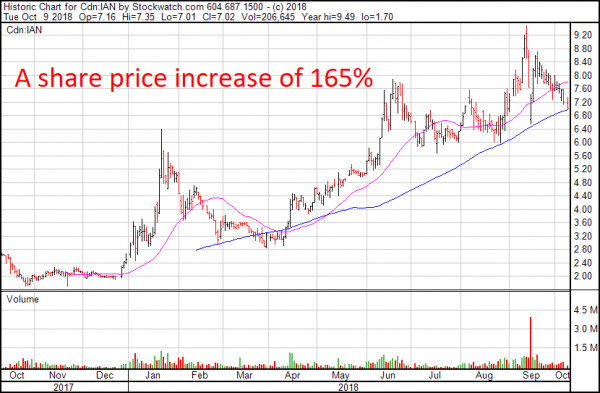 Acquisitions have more than tripled the company’s assets since December 2017, while Q1 revenues in 2018 neared $1.7 million.

During that same period, iAnthus Capital reported losses over $36.2 million, largely attributed to the repayment of January 2018 debentures ($20 million) and “revaluations on the fair value of derivative instruments as a result of the significant increase in the Company’s share price since the issuance of the instruments” ($8 million). 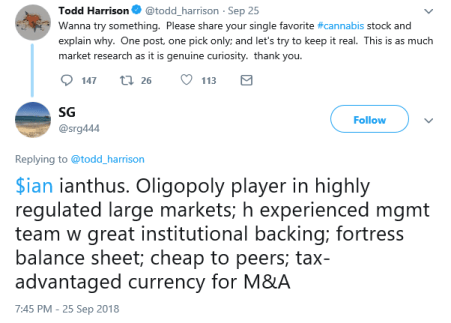 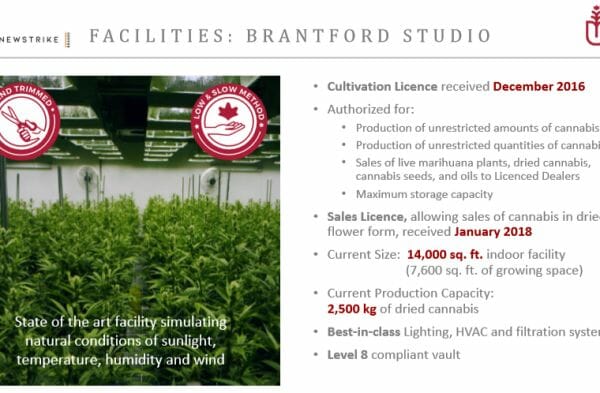 VIVO Cannabis has market cap of $405 million while Newstrike Brands has is valued at $395 million at the time of writing this story. 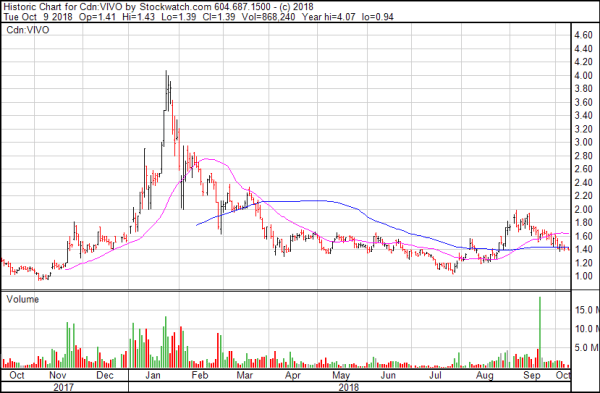 Another explanation for iAnthus Capital’s strong performance over the past year could be the way the company promotes itself. Instead of pumping out press releases to boost share price, the company puts out relatively few news blasts. 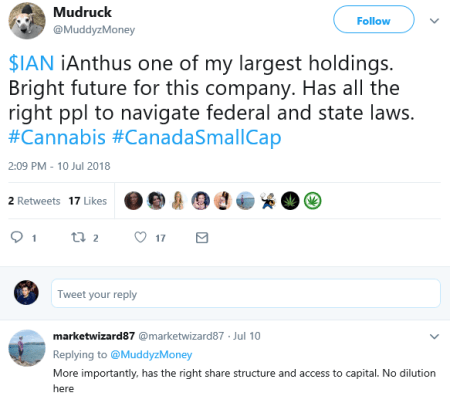 With its American revenue streams already established and in-tact, iAnthus Capital has shored up resources and staked out its position in an enormous cannabis market.

In late September 2018, New York State Governor, Andrew Cuomo, signed into law a bill which would give preference to medicinal cannabis for pain management, a role long filled by harmful opioids.

“In this battle against the opioid epidemic, it is critical that we use every means at our disposal to prevent the unnecessary prescription of these dangerous and addictive painkillers,” Governor Cuomo said. “Adding these conditions to the list of those approved for management with medical marijuana will help reduce the risk of addiction and provide suffering New Yorkers the relief they need.”

This bill, and others like it across the US, demonstrate a shift in attitudes towards cannabis in a country which has long classified it alongside powerful drugs such as cocaine.

With 9 million residents in New York City alone, iAnthus Capital is poised to capitalize on an enormous user-base of over 50,000 certified patients throughout the state. 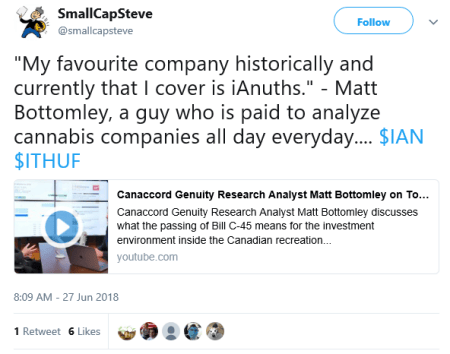 The company’s flagship dispensary in Brooklyn will be one of only three in New York City’s most populous borough, and iAnthus Capital is currently negotiating lease agreements across the Empire State.

Location is key for iAnthus Capital, and for good reason. Statista has determined that California’s recreational cannabis market will surpass the entire Canadian recreational market until at least 2025.

Ianthus Capital also has subsidiaries in Vermont, Florida and Massachusetts.

In 2017, the company’s Vermont subsidiary, Grassroots Vermont, reported US$1 million revenue. Grassroots Vermont is backed by a statewide delivery service, and iAnthus Capital is aiming to begin construction of its second dispensary in Williston, VT before the end of Q3. 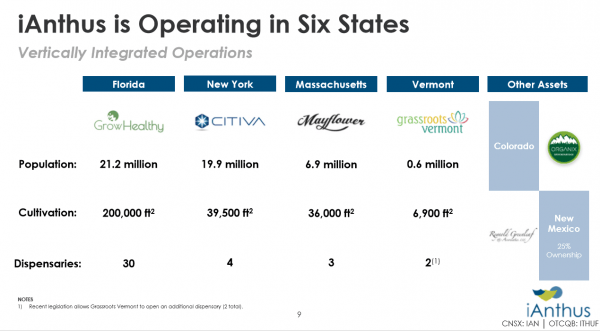 The company opened its flagship dispensary in Boston on July 19, 2018. Leases for two additional dispensary locations have been secured to date.

The company began cultivation in April 2017 and planned to produce enough cannabis to ensure “robust supply” for its dispensaries as they open in Q3.

Full disclosure: iAnthus Capital is an Equity Guru marketing client and we own stock.