The junior mining sector is fraught with risk. Most of us already know that. The reward can be weighty though. It’s for this reason we toss bids into these auction arenas.

When I run due diligence on a company, I always look for ways to mitigate the risk side of the equation. Making sure management is competent is one way, e.g. I’d rather see a Ph.D. in geology than a certificate from Le Cordon Bleu in my CEO.

I remember running due diligence on an interesting tech company back in the late 1990’s. It was interesting right up until I homed in on the CEO’s resume. His claim to fame was decade-long gig running a janitorial company. Don’t get me wrong, I have heaps of respect for hardworking custodian types, but here, I would’ve preferred a CV highlighting a senior position at JPL (Jet Propulsion Laboratory).

Other ways to mitigate risk: make certain the region being explored/developed is in a mining friendly jurisdiction, surrounded by locals immersed in the culture, supported by a gov’t that appreciates the processional benefits development can bring.

One more risk mitigating exercise: DIG. With a bit of probing, and a little luck, you might expose a serious inefficiency in the market, e.g. If Company A sports a deposit with similar economics to Company B, but A is trading at a significant discount to B, you might have unearthed a potentially profitable market anomaly.

If additional due diligence fails to expose any fatal flaws in Company A, your anomaly could pay off handsomely in the end.

Cypress Development (CYP.V) strikes me as one potential anomaly in the lithium space. It may well be substantially mispriced compared to its peers.

First, the lay of the land… 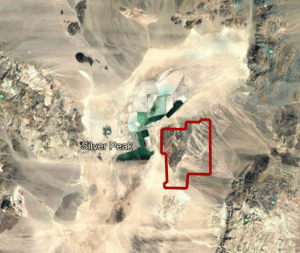 Silver Peak is North America’s first and only lithium brine operation. It’s been in continuous operation since 1966.

Recent exploration in the area has identified an extensive deposit of lithium-bearing claystone. 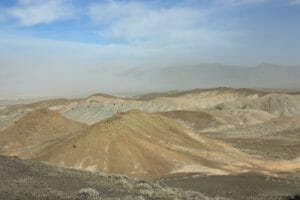 Clayton Valley is situated in what’s known as an Endorheic Basin. These settings are characterized by limited drainage – no outflow to rivers or other external bodies of water. Runoff from higher elevations is trapped within the topography of the basin. The standing water in the seasonal lakes and swamps equilibrate only through evaporation or seepage. The ideal environment for a lithium deposit.

It took only 2,000 meters of drilling to delineate this resource. Less than $1M was spent bringing Clayton Valley to the PEA stage (see below).

The deposit remains open at depth – 21 of 23 drill holes ended in lithium mineralization.

Grade continuity is excellent across the entire deposit.

Where the rubber meets the road – the PEA.

Highlights from this PEA include: 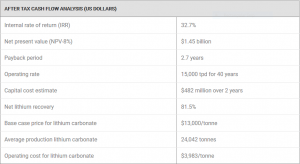 It took only 2 years, from the first hole drilled to the release of this PEA. That’s extraordinary. It speaks to the experience and competence of this management team.

Lending validity to the PEA – metallurgy, extraction and recovery…

Early on, it was discovered that by raising the temperature and using a stronger leaching cocktail – sulphuric acid – Clayton Valley’s ore was leachable.

During the course of the PEA it was discovered that Clayton Valley’s ore also contained rare earth element (REE) values – Scandium, Neodymium, and Dysprosium. Though these values were not incorporated into the PEA, the impact on the project’s economics could be significant. Details pending.

As noted in the above PEA, the project sports an after-tax IRR of 32.7%.

These are compelling numbers.

What doesn’t compare well is CYP’s valuation. And herein lies the anomaly I was hinting at in the intro. 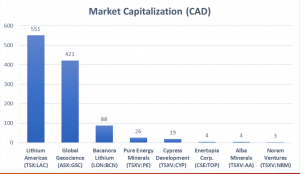 Something appears out of whack here. Either the larger cap companies are way overpriced, or CYP is way undervalued. The latter suits my best guess.

The battery metals story, the push toward a greater reliance on electric vehicles, isn’t going away anytime soon. If you acknowledged the story a few years ago, your conviction should be firmly entrenched by now.

If it was a good time to buy battery metals stocks yesterday, it makes even more sense today.

Cypress management continues to push Clayton Valley along the development curve. Just last week the company began a Prefeasibility Study (PFS) on the project. A PFS is more detailed than a PEA and will fine-tune the project’s economics. It will also set the stage for the permitting process via baseline studies.

This is a busy company developing a lithium project boasting robust economics in a top shelf mining jurisdiction. With a current market-cap of a mere $14.3M, Cypress Development is a worthy shortlist candidate.

FULL DISCLOSURE: Cypress Development is an Equity Guru client. We own the stock.