In the mining business, “political risk discount” factors in the possibility that a change of government could bugger up a mining project.

In the days following the election, AMLO said his government will stop foreign companies exploring Mexican oil fields “until his team had checked existing contracts for irregularities.”

How “left” is this “leftist president”?

The Mexican press have frequently compared him to Venezuela’s notorious ex-President, Hugo Chavez.

You can be sure, that is a comparison AMLO does not want.

Venezuela – a country pregnant with gold, oil and arable land has turned into an economically-isolated hellhole of hyper-inflation, lawlessness and starvation. 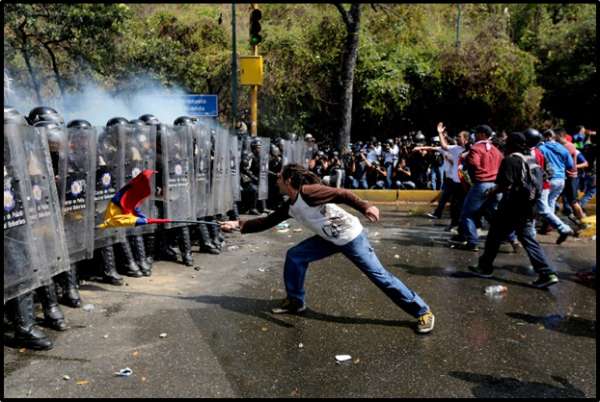 On October 2, 2018 Renaissance Oil (ROE.V) announced that AMLO “assured private energy executives on September 27, 2018 that their contracts will not be canceled if they meet existing terms.”

Last week, at a meeting of Mexico’s Association of Oil & Gas Producers (AMEXHI), AMLO “underlined the importance of the private sector’s participation in developing the oil and gas sector in Mexico.”

Renaissance Oil is a member of AMEXHI.

ROE is developing a diversified shale and mature fields portfolio in Mexico.

Russian oil producer LUKOIL chose Renaissance as their partner to explore and develop the Amatitlán block in Mexico. LUKOIL has a market cap of $48 billion, a million of barrels of production and 100,000 employees in 40 countries around the world.

“In order to expedite the process of penetrating the Upper Jurassic shales, Renaissance chose to re-enter an existing well rather than drilling off a new one,” wrote Nolan, “Drilling this unconventional well is expected to cost somewhere between $12 and $14M. Renaissance, with approximately $7M in cash on hand, is fully funded for its 25% share of the total cost.”

On August 6, 2018, IFR’s partner, Tonalli completed an 18-day flow test of the primary zone interval producing 178 barrels of crude oil during the last 24 hours of the extended well test.

Daily oil production of the TEC-10 well increased throughout the extended production test from the initial low flow rates observed on July 23, 2018 to more than 175 barrels of oil per day,” wrote Equity Guru’s Greg Nolan.

IFR perforated a mere 2.4 metre section on the first vertical to get that 175 barrels a day; the most likely plan now is to go with a further 40m section,” added Equity Guru’s Chris Parry, “though the CEO Hanson says they can potentially go up to 100 metres”.

On September 26, 2018, IFR announced that it has entered into a share option agreement with its JV partner, IDESA.  IFR will purchase all of the outstanding shares in Tonalli Energia held by IDESA.

IFR now holds 50% of the outstanding Tonalli shares, with IDESA holding the remaining 50%.

Tonalli holds the license contract for onshore oil and gas development Block 24, the Tecolutla Block, located in the state of Veracruz, Mexico.

“The signing of this Option Agreement is a major milestone and solidifies IFR’s relationship with IDESA,” stated Hanson.

“The option agreement confirms IDESA’s historical commitment to our country’s energy sector and will certainly leverage our expertise in the upstream business,” stated Patricio Gutierrez, Grupo IDESA Chairman of the Board

IFR has agreed “not participate in, or own securities of, any Mexican oil and gas opportunities or businesses other than through Tonalli.” 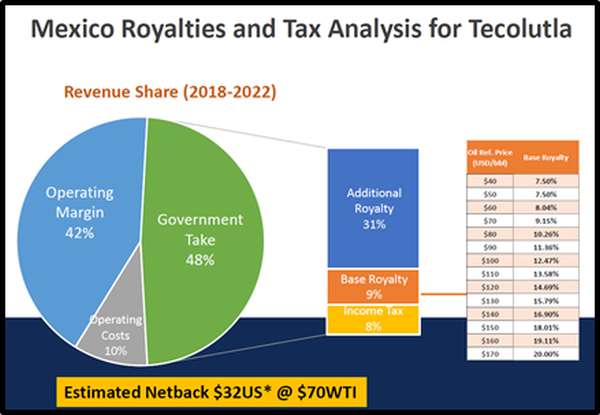 According to the 2017 Fraser Institute Mining Survey, “The top jurisdiction in the world for investment based on the Investment Attractiveness Index is Finland.”

The least attractive jurisdiction for investment is Venezuela.

Mexico has a 63 rating, better then the Democratic Republic of Congo (DRC), worse than Indonesia.

Based on his comment last week, we believe the new Mexican President intends to make the country more attractive to foreign resource extraction investors.

“Renaissance is reassured by these developments,” confirmed Renaissance CEO Craig Steinke, “and encouraged that the Mexican government is supportive of the important role international oil companies, like Renaissance, play in the development of the Mexican petroleum industry.”

IFR has recently extracted 3000 barrels of oil from the TEC-10 – now trucked off to Mexico’s state oil company, Pemex.

Full Disclosure: ROE and IFR are Equity Guru marketing clients, and we own stock.