The company is expanding its CBD producing capabilities in an attempt to capture part of what Grand View Research estimates will be a USD$10.6 bn market by 2025.

“CROP has the largest real estate foot print in Nevada dedicated to hemp-CBD. Once the additional upgrades are completed, we anticipate that our tenant and brand licensee will have 1,340 acres under irrigation. With two crops expected annually in 2019 we foresee a harvest potential of approximately 2,680,000 lbs of CBD flower.”

The hemp-CBD strains used by CROP Infrastructure this year have CBD levels between 12 to 19 percent. The company plans to reuse these strains in 2019 in addition to three new strains.

The additional 800 acres is situated nearby to the company’s 1,065-acre hemp CBD farm in Nye County, Nevada. Combined, the company has over 1,800 acres of land for hemp-CBD cultivation with 1,340 acres under pivot.

Additional pivots and water wheels are expected to cost $300,000  while fertilizer and planting and seed costs are estimated to cost $600,000, according to the company.

The company is anticipating US Congress’ approval of the Hemp Farming Act of 2018. If passed, hemp would become an agricultural commodity and remove it from the list of federally controlled substances.

“Here in Kentucky, we have built the best Industrial Hemp Research Pilot Program in the country and have established a model for how other states can do the same with buy-in from growers, processors, and law enforcement.”

Sample testing of a CROP Infrastructure tenant’s product in California has show THCA quantities of 23.9 percent, well within industry averages.

Flower samples were submitted to the Humboldt Quality Assurance Laboratory for analysis on September 14, with all tests for microbial impurities and pesticides coming back negative. 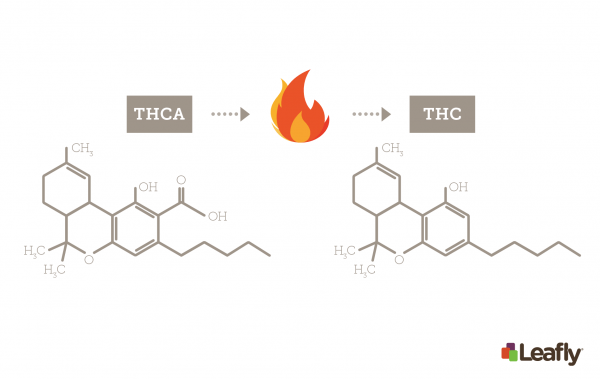 Most of the cannabis tested by Colorado’s largest network of testing labs, AgriScience Labs, tests “in the twenty-something range” for THCA, says Sales and Marketing Director Hayley Witherell.

THCA is primarily used to approximate a plant’s potency as there is no official industry metric for calculating the levels of THC in a cannabis product.

the conversion from THCA to THC involves a loss of molecular mass, and strain potencies are measured as a percentage of the total weight.

But the figure produced from these mathematical conversions can often be misleading, explains Alec Dixon, co-founder of SC Laboratories, a large laboratory facility in Santa Cruz, California.

The equation uses a mass weight correction of 12 percent, which would only occur “in a perfect theoretical vacuum,” he says.

Because of this, THCA levels are a sturdier metric for judging potency. The strongest strains today are generally known known to be roughly 30 percent THCA.

There are a number of ways to estimate the amounts of THC and CBD in a cannabis-derived product, and the delivery system for those compounds need to be taken into consideration in one’s calculations.

As a consumer, what you’re really after is the amount of THC or CBD that will be available for your consumption, which will depend on the content of the product, the route of https://e4njohordzs.exactdn.com/wp-content/uploads/2021/10/tnw8sVO3j-2.pngistration, and the method of consumption.

Additionally, THC content isn’t the end-all metric for judging a plant’s value. CBD content provides well-documented health benefits and terpenoids help synergise the effects of cannabinoids like CBD and THC can have.

CROP Infrastructure has been relentless with its press releases for months. Harvest updates, cannabis skin-care and acquisitions have all been announced in recent weeks.

One of the company’s Washington State properties known as “The Dozen” has been approved for build-outs, the company announced on Tuesday. The project will soon be seeking official site approval once construction is complete. 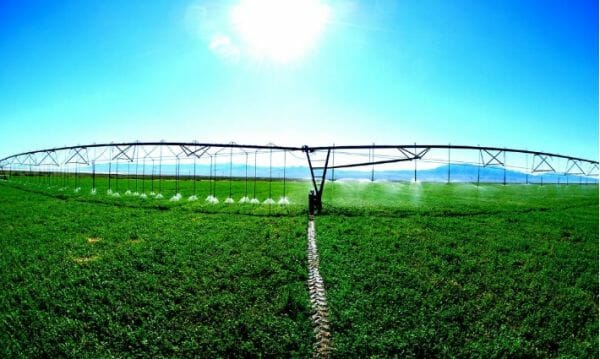 The company’s San Bernardino dispensary in California has advanced to stage three of the four stage application review process, the company announced on September 6.

Then there’s CROP Infrastructure’s endeavours abroad: the company announced it was aiming to open CBD dispensaries in Italy and that its Italian partner The Yield Growth plans to launch a cannabis-derived skin care line.

Now the company is getting into drinks: the company recently announced it is crafting a CBD-infused beverage line to round out its product line as other industry players extend their interests beyond dried flower.

CROP Infrastructure alluded to the development of its beverage line in its announcement about the additional 800 acres of farmland for hemp-CBD.

“As we enter the next phase of project development in Nevada we look forward to building our GMP extraction facility and introducing our made in America CBD Isolate to infuse in to our recently announced CannaDrink beverages and licensed topical lines.”

Interestingly enough, the company included this statistic in their announcement about its beverage project.

The global carbonated soft drinks market is projected to reach USD 605.6 Billion by 2025, according to a March 2018 report by Grand View Research, Inc.

How much of that figure CROP Infrastructure would be able to capture is still an unknown quantity. Presumable, the company intends to compete for market share with companies like Coca Cola (COKE.Q).

Sprig offers a CBD-infused beverage not unlike CROP Infrastructure’s recently unveiled CANNADRINK line. The company sells a 4-pack of their soda for $US16. In comparison, a 12-pack of Coca Cola retails for less than $5 online.

Continuing on with the thesis of CANNADRINK competing with Coca Cola, its worth noting non-white and low income Americans are two of the three largest consumer demographics of of sugar sweetened beverages (SSB) in the US.

It is possible that cannabis companies such as CROP Infrastructure are pricing themselves out of key markets (in the US if not elsewhere) which simply cannot afford $16 cases of drinks.

That said, the company is expanding and harvests are rolling in. Sounds good to us.

Full Disclosure: CROP Infrastructure is an Equity Guru marketing client and we own stock.

Ethan, the prospective 2,680,000 lbs. of CBD flower from Nevada operations… what might that mean to CROP? Does CROP get 49% of the economics?

How much is CBD flower selling for in Nevada? I hear US$30-US$90 per lb., but online it seems that high CBD % CBD flower (from multiple U.S. States) trades at even higher prices….

Because of the way CROP is designed, they don’t see any of the money from any one particular batch of product. Instead, they loan money in return for a “60% preferential payback via lease and management fees” which is built into their contracts. This is how they recoup their investment. Once it’s paid back, they keep a 30 percent interest in the property and get dividends indefinitely.

As to the price of CBD flower, Marijuana Business Daily reported CBD was going for $200 or more per pound for flower, depending on CBD content and quality in Nevada.