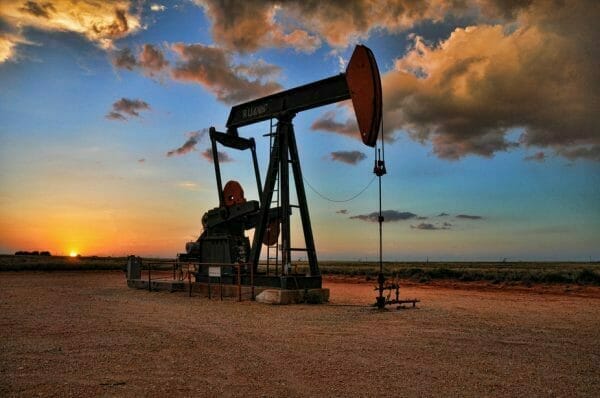 If your stack isn’t nearly as fat as you’d like, it’s important to do your homework and put together a shortlist of investment candidates that represent the best possible value.

This is no easy task, especially in the resource arena. There are soooo many variables that can derail one’s objectives. One such variable: geology. Whether we’re putting our money to work in junior miners or small-cap oil companies, Mother Nature always has the final say.

Choosing jurisdictions with the right subsurface features – the right rocks – can help offset this risk.

Another potential snag is excessive equity dilution. In order to finance growth, companies often go to the market to raise funds… a necessary unpleasantness. It can become extremely unpleasant if management’s interests are not in alignment with your own. Do yourself a solid and spend a goodly amount of time googling management resumes.

A few weeks ago I wrote a piece on Permex Petroleum (OIL.CN).

Permex’s primary focus is the Permian Basin of West Texas and New Mexico.

Permex is run by an impressive team of experienced operators. This crew shrewdly took advantage of a soft market by acquiring an extensive portfolio of assets from distressed, debt-laden operators.

The San Andres Formation in the Permian Basin…

One acquisition, announced on June 5th of this year, was highly strategic. At its core, the San Andres Formation in the Permian Basin. Equally strategic was the company’s alignment with a world-class large cap operator… Occidental Petroleum. 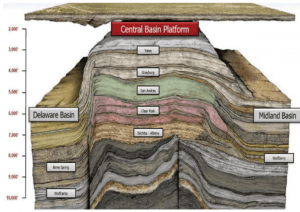 In an August 31st Equity Guru article, I outlined one possible strategy the company may employ to fast-track production growth with this recent acquisition.

In the above article I also noted that over the past 12 months, 295 horizontal San Andres wells have been permitted by offset operators. Notably, many recent wells drilled along the San Andres Formation have generated phenomenal results.

Cost cutting measures might include the use of existing wells – going into the vertical wellbores and converting a horizontal leg on them. This would eliminate the expense of vertical drilling, casing, etc.

The fact that these wellbores are already producing within the pay zone enhances the prospective nature of these proposed horizontal legs.

It’s worth noting that the company continues to seek acquisitions in the area in order to scale production growth even further… beyond the 5 proposed horizontal wells.

The Permian Basin is booming…

Curiously, the oil industry is positively booming in the US. In fact, the US may have already taken over as the world’s top oil producer, due in no small part to output from the Permian Basin…

Land prices in the Permian have skyrocketed in recent months as a consequence of this heightened level of activity. This is highlighted by a recent Permian Basin lease auction in New Mexico where the average price per acre shot up to a dizzying $95,000.

Keeping the above numbers in mind, consider the fact that Permex holds 2,650 acres in the region. Once again, this recent New Mexico lease auction drew an average price of $95,000 per acre.

Obviously, I’m not being conservative in the above calculation, but even if you take a fraction of that $95K and multiply it by 2,650 acres… Permex’s measly $12.2 market-cap looks waaaay out of whack. Obviously, the market hasn’t discovered this anomaly yet. It will (author’s speculation).

Remember, the company’s total position in the Permian Basin is 6,500 acres.

Having accumulated its position in the Permian Basin well before this recent boom began puts Permex in an enviable position.

I noted above how drilling off 5 wells with 1-mile laterals will require serious money, likely millions of dollars for their 50% share (presumably, Occidental will agree to foot the other half to uphold their end). To raise the necessary funds, it’s possible Permex will elect to sell off non-core parcels within extensive land holdings, now that those acres are fetching such handsome premiums.

One of the biggest risks to shareholders in the resource arena is equity dilution. We’ve all experienced it… a nice tight share structure gets blown all to hell after the company tables a large raise.

Monetizing small chunks of their land position, should Permex elect to do so, will go a long way toward scaling production growth. It’s possible that Permex’s tight share structure will continue to remain tight.

The bottom line: Permex has options.

This company gets more interesting every time I look at it.