In the old days, we’d get high – then go look for chocolate.

With the purchase of Grön Chocolate LLC, C21 Investments has now combined these two activities into one.

“Edibles are one of the fastest growing segments of the cannabis space,” stated Robert Cheney, CEO of C21 Investments.  “Grön is a critical addition to C21’s growth strategy to acquire operations that can vertically integrate in each state and compete aggressively in the US$11 billion cannabis market in the United States.”

Grön Café has 100% 5-star reviews by both Yelp and Google reviewers.

“The chocolate bars taste GREAT (even if there was no CBD in them, I’d buy them),” stated one customer, “and the prices at the storefront are fair. They also have a caramel which I’m interested in trying…SO many exciting options.  The staff is also super welcoming and helpful.” 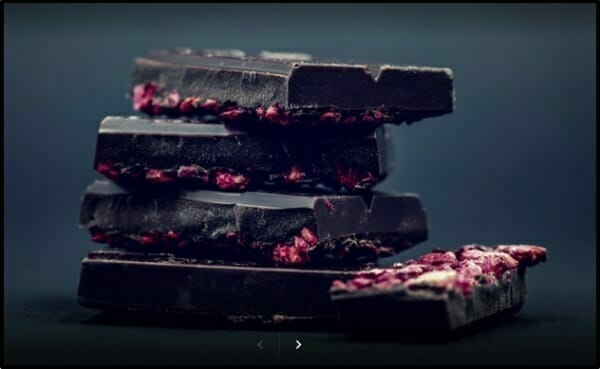 The “steals” in the weed sector are getting harder to find.

As the chart below illustrates, late 2017 the weed sector went parabolic.  As the new year rang in, pessimism about valuations took over until a month ago, when aggressive buying began again.

“C21 Investments has agreed to invest new capital to expand Grön’s processing, branded products, wholesale and retail distribution operations,” said Christine Smith, Founder and CEO of Grön.  “With access to new resources, we can expand the Grön brands into other regulated cannabis markets and compete in the national marketplace with our rapidly growing CBD line.”

C21 has agreed to pay Grön unit holders US$6.8 million plus the bonus earn-out shares of US$4.375 million.

The purchase price will be settled by way of:

Grön is one of Oregon’s largest edible brands.  It has shelf space in over 400 retail stores with immediate plans to expand into California and Nevada.

Grön has two licensed manufacturing facilities totaling over 7,000 square feet as well as a small retail/tasting room with an emphasis on CBD education.

In 2018, Grön launched the first fully licensed CBD café in North America with the introduction of their CBD lifestyle/wellness line.

“The Chocolatiers here at Grön are really excited to have a portal to share our combined chocolate + cannabis knowledge,” wrote Smith in a blog, “Grön chocolate uses a clear cannabis distillate which has been triple refined through a sophisticated lab process to remove virtually all the terpenes, thus leaving us with a very potent honey-like THC/CBD extract.”

“We are able to homogenize the extract within our chocolate such that we can produce positive experiences while we show off the flavor of our chocolate.”

Prior to the acquisition by C21, Grön Chocolate was a private company.  Since historical sales numbers were not included in the acquisition announcement, we are going to assume they are modest.

Early days, legislative quicksand, many moving parts – Grön could become a revenue monster – or it could remain a small, sweet subplot.

The Grön transaction is expected to close by November 1, 2018.

Full Disclosure:  C21 Investments is an Equity Guru marketing client, and we own stock.