Combined, these companies have a market value of $28 billion.

WEED alone is worth $12 billion.

Supreme currently has a market cap of $467 million – about 24 times smaller than WEED.

Since then it’s been on a tear. 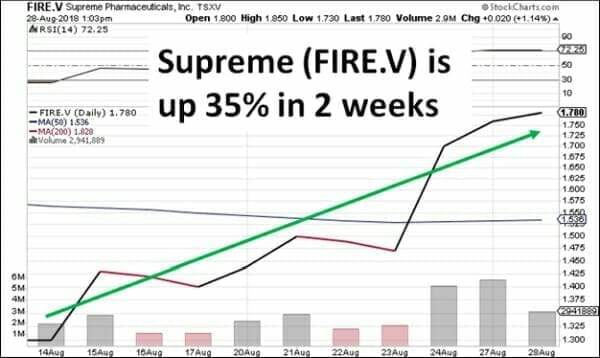 “We expect to be one of Canada’s few producers who will be in stores coast-to-coast when the Canadian recreational market kicks off on October 17th,” stated John Fowler, CEO of Supreme Cannabis.

Supreme’s annual production capacity is targeted to reach 50,000 kilograms of premium-quality cannabis flower once the 7ACRES facility is fully operational.

Many of the companies we cover are a tangle of partnerships, subsidiaries, foreign patents, lease-backs, licensing and streaming deals.

And the reason it exists. 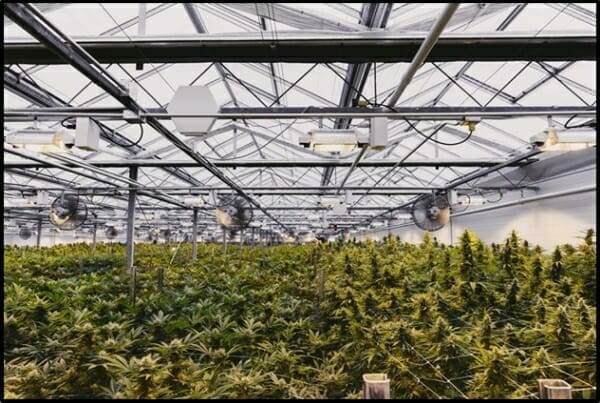 7ACRES’ 340,000-square foot hybrid greenhouse is situated in Kincardine, Ontario. It combines the best practices in indoor cannabis cultivation with the power of the sun.

The result is indoor-quality buds with sun-grown characteristics.

According to a recent Financial Management Discussion & Analysis (MD&A), “Supreme management is focused on developing and maintaining 7ACRES’ position as a leading brand of premium cannabis flowers at scale. Sales of cannabis are completed via Business-to-Business (B2B) transactions.”

All dried cannabis produced by 7ACRES is marked as “Grown by The Supreme Cannabis Company”.

Included in the MD&A was a summary of investment risks including:

Reliance on a Single Location:  Supreme’s current and future production is expected to take place at the Facility in Kincardine, Ontario.  Adverse changes or developments affecting the Facility could have a material adverse effect on Supreme’s ability to continue producing medical cannabis.

Agriculture Business:  Medical cannabis is an agricultural product. As such, the business is subject to the risks such as pests, plant diseases, crop failure and similar agricultural risks.

Brand Perception.  Any negative changes to 7ACRES’ brand as a quality cannabis producer could have a material adverse effect on Supreme’s sales, profitability and financial condition.

It is our duty to focus on research, not only on the medical side but the entire supply chain of cannabis. Our government took a leadership position with its forward-thinking approach to the regulation of medical cannabis and the forthcoming legalization for adult use.