This past Wednesday, Emblem (EMC.V) released its second quarter financials with some impressive numbers. Emblem has been on a tear since last week which proves that this sector still values strong numbers and not just hype.

The most impressive figure from Emblem’s financials is an industry leading average sale price of $10.17 CAD per gram. If Canada follows in Washington and Oregon’s footsteps by having an over supply of cannabis, premium bud will win out in the margin’s game. Many producers talk about selling their bud at a premium, Emblem has actually gone out and done it.

Before news of an oversupply in the US, the name of the game was ‘funded capacity.’ Companies were eager to put ” 1 million sq/ft greenhouse” their pitch deck, or “100,000 kg’s fully funded for 2019.”

If enough are companies harvests 100,000 kg of cannabis per year, all the while competing with each other on price, and end up selling it at $5-7 CAD per gram, it could invite a “race to the bottom.” Get ready for sliding margins as more and more of these massive greenhouses also bring their 100,000 kgs to the market.

“It’s a new and exciting industry and fundamentals don’t matter”, claims the new investor.  That may have been true during the end of 2017, start of 2018 where nearly everyone made money while the market was hot.

2019 may be the year companies are going to have to keep the promises they made. If so, the sector could get hit with some reality. Back in May of this year Aphria (APH.T) CEO Vic Neufeld said in an interview on Midas Letter he believes there will be a large LP squeeze in Q3 of 2019, when it will become obvious that certain companies won’t be able to deliver. He said that potential reality would be a great opportunity for a big player like Aphria to step in and fill those orders.

If there is a future LP squeeze investors may want to look at companies who, instead of putting out hordes of news, were focused on building a business. Emblem for example stays relatively quiet, putting out an average of 2-3 press releases per month. They’re also among the unit sales leaders for companies in their size range.

We’ve identified a few companies that could represent good value based on the three key financial health ratios that Warrent Buffet uses to identify companies that the market has under-priced: price/book ratio, current ratio, and debt/equity ratio.

In basic terms, price to book value is the book value per share (  (total assets – total liabilities) / number of shares outstanding) divided by the price of a share. The lower the price:book ratio, the more equity exists within each share.

The current ratio measures a company’s ability to pay short-term and long-term debt. The higher the number, the more likely that company will be able to pay off its debt. This measures how far a company’s cash will take them. Buffett needs his stocks to have a current ratio of 1.5 or higher.

Buffet also requires a debt/equity ratio of 0.5 or lower. To calculate this number, simply divide the total debt by the equity, this shows shareholders how much leverage a company has on its business.

Based on these fundamentals the most undervalued cannabis companies around the $100-200 million CAD dollar market cap are:

WeedMD is a licensed cannabis producer and operates a 26,000 sq/ft production facility with a current capacity of 4,500 kg’s in Aylmer, Ontario. 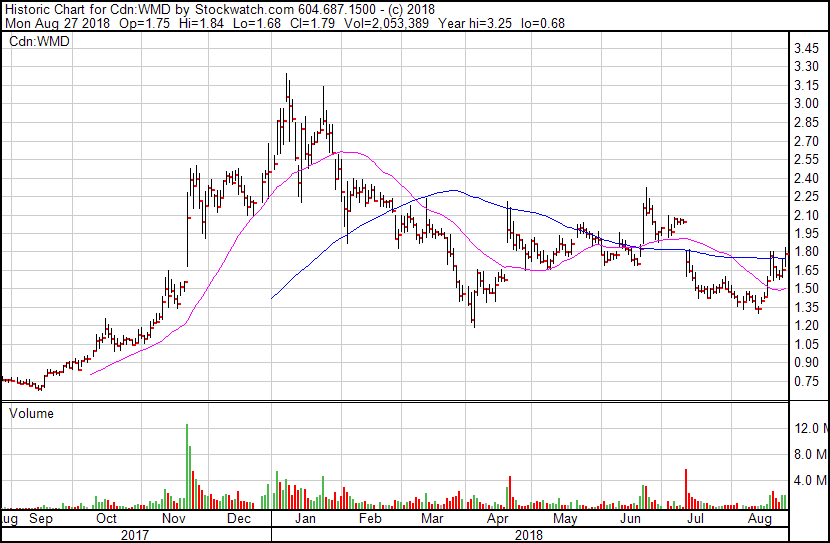 Emblem is a licensed cannabis producer and operates a 23,500 square foot facility in Paris, Ontario. 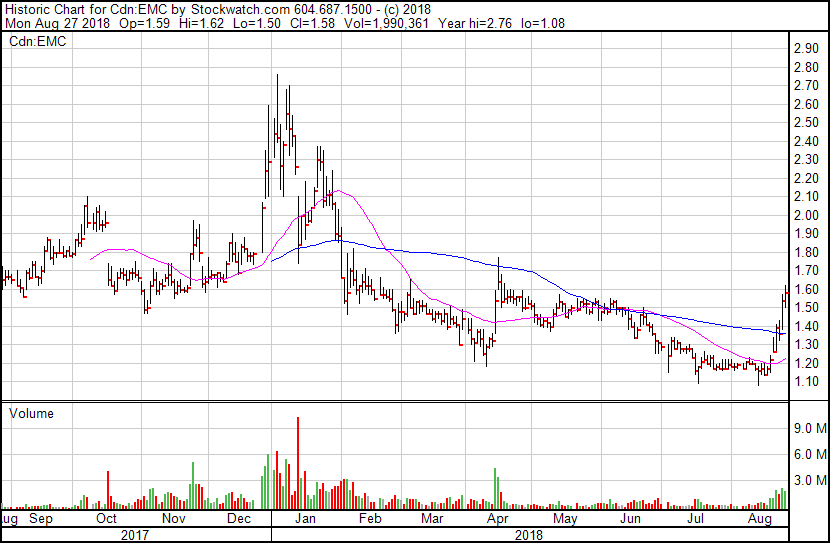 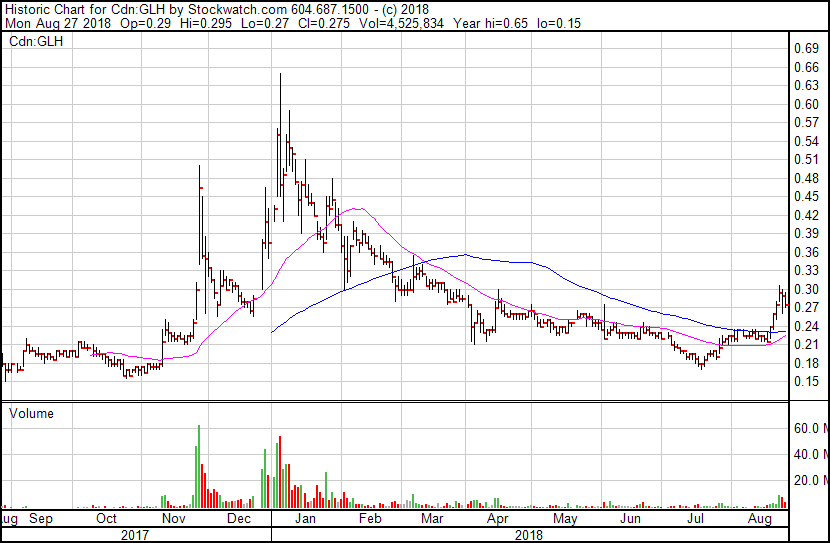 Invictus is a licensed cannabis producer based in Hamilton, Ontario with 16,000 sq/ft of grow space in Ontario and 39,600 sq/ft grow space in Alberta. Invictus is an Equity Guru marketing client. Their revenue comes partially from their interest in hydroponics solutions company Future Harvest. Invicuts does grow and sell weed, notably to Canopy’s Craftgrow line, but does not say what their revenue is from marijuana sales. 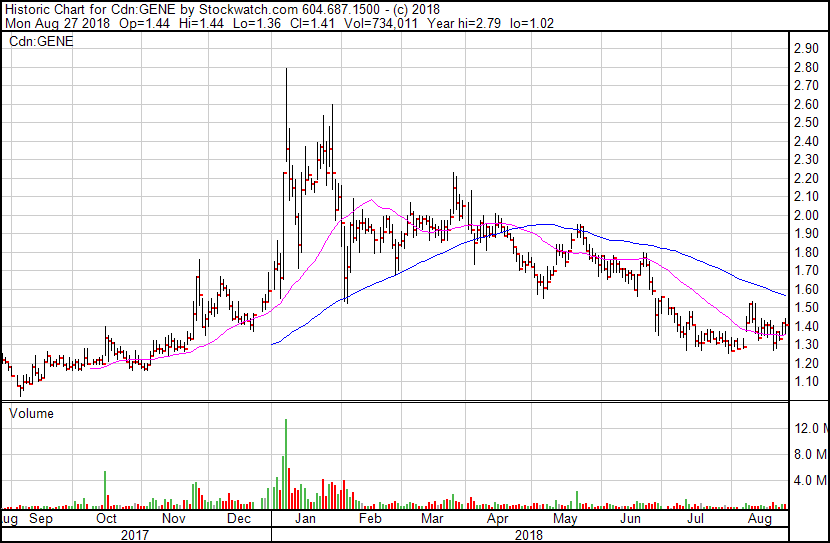 Isodiol is a Vancouver, BC based company who create several lines of CBD products mainly targeted at athletes and people with active lifestyles. 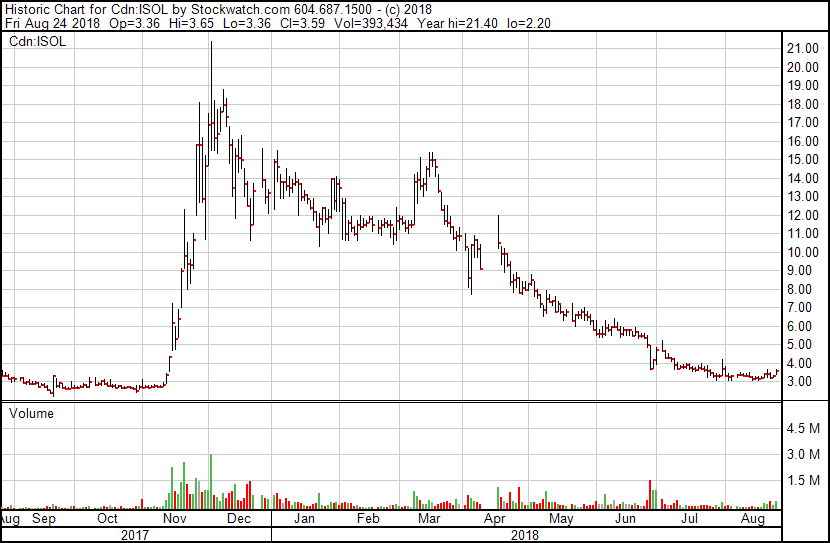 Once reality hits this market (if it hasn’t already) undervalued companies will most likely be the new focal point of the industry.  With Canopy’s recently acquired $5 billion CAD from Constellation Brands a new profitable investment strategy may be to hunt down potential acquisition targets.

Surely Canopy will be focusing on international expansion, but, a highly undervalued company is always a possible acquisition target for any intelligent business looking to expand its operations.