Maricann (MARI.C)’s CEO not letting OSC investigation and delayed prospectus get in his way 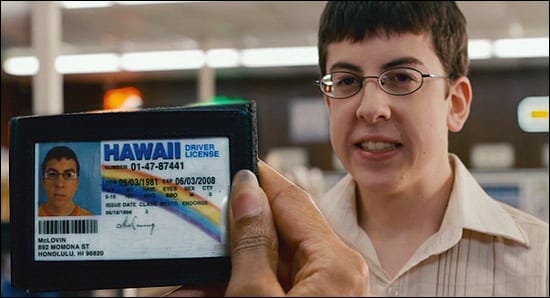 Despite ongoing expansions at the company facilities in Ontario and Germany both being “fully funded,” a pubco can always use some cash.

Maricann reports selling dope produced in their Ontario facility consistently to the medical market. With the rec market right around the corner, destined to soak up the hundreds of thousands of kgs of “fully funded capacity” that CEO Ben Ward is building out, the money should pretty much raise itself, right? 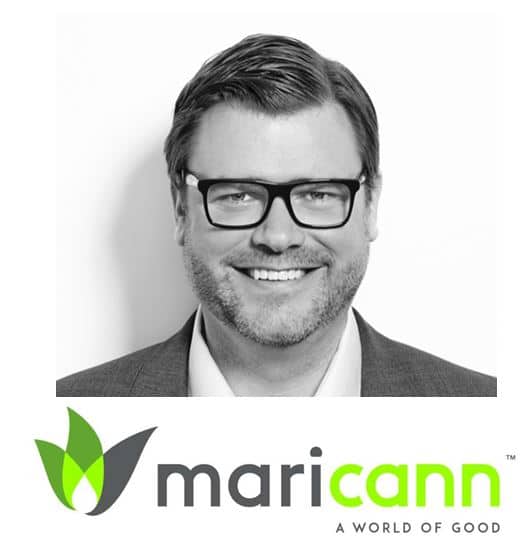 When companies raise money in Canadian public markets, they must first file a prospectus document with the relevant local securities commissions. A prospectus basically says who they are, what the raise consists of, and what they’re going to do with the money.

Here is Canopy’s prospectus for a $200M raise they did in January.

Prospectus filings are usually approved right away, but the one Maricann sent to the regulators on July 18th (to raise $40M via $1.60 units consisting of one share and one warrant @ $2.50), has yet to be approved.

That doesn’t often happen but, when it does, it slows down any plans a company had to raise money, on account of the fact that selling securities that haven’t been registered with the commissions is ILLEGAL.

The wet blankets over at the Ontario Securities Commission (OSC) who are slowing down this approval are the same ones who are reportedly investigating Maricann CEO Ben Ward over his previous stewardship of OTC listed Canadian Cannabis Corp. (CCAN.OTC), but there’s no telling whether the reported investigation and the delayed prospectus approval have anything to do with each other.

Regardless of delay, Maricann isn’t going to let the regulators looking at the prospectus sideways keep them from doing business. On July 30th, Maricann announced that, instead of selling the units that were offered in the prospectus, they’re going to sell a warrant that gives a buyer the right to receive those units once the prospectus is approved by the commission in the buyer’s home district.

Each special warrant is automatically exercisable (without payment of any further consideration) into units of the company on the date that is the earlier of: (i) the date that is three business days following the date on which the company obtains a receipt from the applicable securities regulatory authorities in the province of Ontario and each of the jurisdictions in Canada in which the special warrants are sold for a (final) prospectus qualifying the distribution of the units issuable upon exercise of the special warrants, and (ii) the date that is four months and one day after the closing date (as hereinafter defined), subject to adjustment in certain events.

In the event that the prospectus for the financing isn’t approved by Oct. 4th, 2018, subscribers to the special warrant offering get their stake bumped up. They’ll be entitled to 1.05 private placement units (that Maricann isn’t yet allowed to sell them).

The special offering was supposed to close August 3, but Maricann bumped it to $35 million August 1, and extended the expected closing date to August 9.

The original release doesn’t say what the warrants are worth if the prospectus is never approved, but one can infer that the subscribers were asking the question.

When the special warrant placement closed on August 10, the final total proceeds ended up being $37.4 million. To get it closed, Ward and fellow director Terry Fretz had put up an aggregate 2,708,000 shares of their personal free-trading stock against an equal amount of special warrants to subscribers who evidently didn’t think 0.05 more warrants to buy something that can’t be sold was enough juice.

In connection with the provision of the loans, the company has agreed to pay the officers an aggregate fee in an amount equal to $216,640 to be allocated between such officers pro rata based on the number of loaned shares lent by each of them pursuant to the securities lending.

The news release doesn’t say if any additional compensation is due to the directors if the loan remains outstanding beyond the October 4 warrant bump, or if it’s defaulted on.

Maricann listed $42 million in cash at the end of March 2018, $10.8 million in payables, and a $2 million payment due on $16 million in outstanding convertible debentures. The company has been trading near the $1.60 debenture conversion price since March, but there’s no way to tell how many of those have converted until Maricann releases their financial statements for the period ending June. 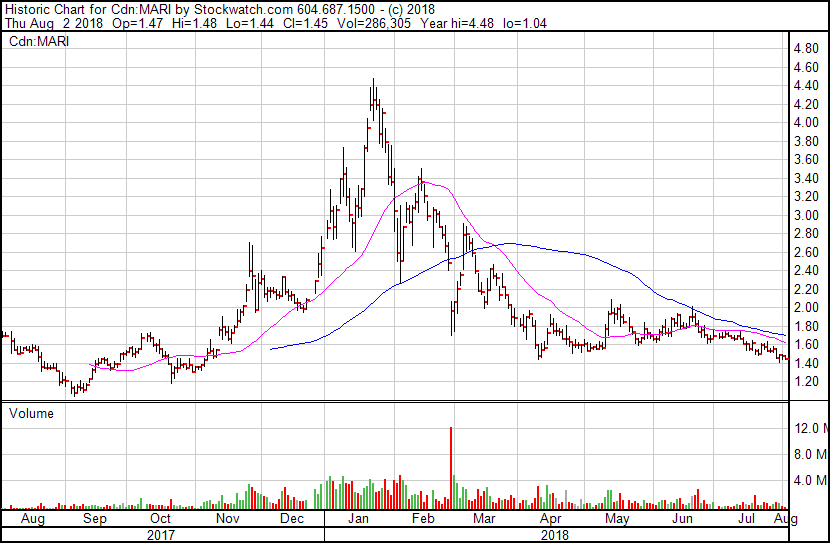 Just how “fully funded” are these projects?

‘Selling tickets to a financing’ to get around securities laws is the kind of thing one might expect from a company that needs money, and needs it now, but that sort of desperation doesn’t shine through in the company’s public statements.

Phase 1 of the expansion was to be 217,000 sq/ft of the total “fully funded” 942,000 sq/ft Langton, ON facility. On March 23, 2018 it was announced in a Maricann press release that phase 1 was completed ahead of schedule. That’s an apparent contradiction of their current investors’ deck, which says that “phase 1 will be fully operational in Q4 of 2018.”

The company’s public filings report that they sold 61 kilograms of product to the medical market in Q1 of 2018. That’s down by nearly half from the 112 kgs they report having sold in the same period last year.

In the first instance of its kind that we’re aware of, Maricann posted redacted versions of the Health Canada licenses for its cultivation properties on SEDAR [1, 2, 3].

The most recent Google earth images show about 20,000 square feet of greenhouses between the two Langton addresses.

The OSC investigation of Ward was first reported by The Globe and Mail in January, right before Maricann’s attempted $40 million CAD “bought deal” (later upped to $70 million CAD) through Eight Capital and Cannacord fell through.

The two Maricann board members accused by the OSC of insider trading, Raymond Stone and Neil Tabatznik, both resigned shortly after the news broke about the investigation. Stone and Tabatznik sold a combined 2,003,258 Maricann shares for proceeds of $8,444,610.34 CAD.

To be clear, despite reportedly being the target of an investigation, Ward hasn’t yet been accused of any crime or wrongdoing.

The Globe’s report, released around the time of the botched raise in January, has Ward under investigation by the OSC for his previous activities with The Canadian Cannabis Corp (CCAN.OTC), where he was CEO from 2013-2016. The details of this ongoing investigation are not yet public record.

CCAN is delinquent on its SEC filings, failing to file any quarterly filings in 2015 after posting the 2014 annual filing in October, six months after it was due.

Prior to ceasing to make any public filings or acknowledge their own existence, CCAN had big dreams. They reported a deal to buy Hydropothecary for $21 million in cash and stock on October 20, 2015, and had another deal to buy a majority stake in Newstrike predecessor Hemisphere Pharmaceutical that was to close April 1, 2015.

Complications arise with ‘zee Germans,’ but don’t worry. Ben is getting paid.

A May 4, 2017 Maricann announcement about a deal with The Green Streaming Financing Company ($42,500,00 CAD that would entitle GSFC to buy 20% of Maricann’s German production at cost) described Maricann’s German facility in Ebersbach as 150,000 sq/ft, with a planned expansion to 250,000 sq/ft.

The press release doesn’t say much about the terms, and Maricann does not host a copy of it on their website. Maricann’s 2017 year end MD&A says that the financing is subject to the company securing a license to produce and sell weed in Germany. With Germany’s regulatory authority currently re-launching its tender process, the money appears to be on hold for the time being. We tried to get a hold of The Green Streaming Financing Company to look into the terms, but can’t find a website, phone number or email address for the company.

Maricann’s website also describes the Ebersbach facility as a former Cargil facility that measures 150,000 sq/ft, with a plan to expand into another 250,000 sq/ft., and gives a “completion date” of July, 2017.

(which translates to: “The first of two drying systems have been installed”).

Maricann’s public filings do not contain any details about the Ebersbach facility. Their German marijuana operations are described as a 95% controlling interest in a company that has applied to produce marijuana in Germany as part of a joint venture with an un-named entity “from a key management employee, who assisted the Company under fiduciary duty to incorporate the limited liabilities entity in Germany,” once the government blesses them with a license.

Additionally, that key employee “is entitled to a profit share of 5%, subject to certain adjustments provided the individual continues to provide employee services to the Company. ”

If the incorporated company has title to the Ebersbach facility, it doesn’t say so in the filings.

The year end 2017 MD&A also says that Maricann entered into a reservation agreement that gives them the right to acquire a German company that holds a property in Naunoff, Germany, that they intend to use if and when they do get a license to grow and distribute in Germany, for €3,000,000 ($4,510,170 CAD).

Structuring this acquisition as an option looks pretty smart in the wake of the Germans re-booting their tender. Maricann can walk away if the licensing rounds don’t go as planned. The smart guy who put that option together was paid more than three quarters of a million dollars for his troubles:

In entering into a reservation agreement, the Company paid another entity affiliated with the Company’s CEO €410,000 ($767,944) to acquire these preemptive rights.

You didn’t expect him to negotiate an option on behalf of the company he’s paid to be the CEO of for free, did you?

— Taylor Gavinchuk (with file by Braden Maccke and Chris Parry)