The parties in successful Joint Ventures (JVs) generally exhibit the following the characteristics:

E3 Metals is a Petro-Lithium company focused on producing commercial grade lithium from the Leduc reservoir formation, in Alberta.

Typically after the oil has been separated, the wastewater (and lithium) is re-injected back into the sub-surface chamber from which it emerged. E3 Metals intends to recover the condemned lithium before it’s flushed back underground.

Alberta’s hydrocarbon systems are ideal for lithium production – typically at depths of 1,500 – 3,500 meters. 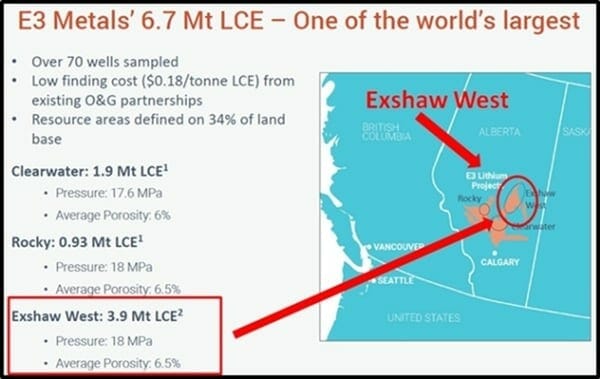 “It is reasonably expected that the majority of the Inferred Mineral Resource Estimate could be upgraded to Indicated Mineral Reserves with continued exploration, enhanced reservoir resolution and sampling,” stated the 43-101 report.

Comstock has engaged APEX Geoscience to perform ground-work on the cobalt-silver Rawhide Project, including geo-chemical soil and magnetic geophysical surveys.

The objective of the E3/Comstock JV is to identify, research, acquire and develop prospective mineral assets in the battery metal space.

Comstock has a good track record in picking up prospective North American properties for a good price. 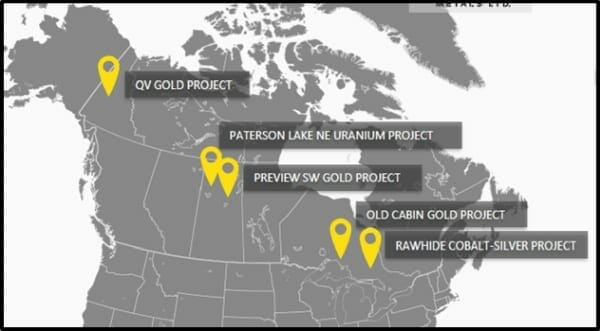 As E3 Metals’ advances its brine lithium extraction technology, it is looking for additional opportunities to deploy its potentially game-changing technology.

E3 Metals will provide the technical exploration and engineering expertise to evaluate prospective projects. As part of the agreement, Comstock’s President, CEO and Director Steven Goldman will join E3 Metals as an advisor.

“This agreement with Comstock will enable a number of strategic growth and diversification opportunities to advance” stated E3 Metals President and CEO Chris Doornbos.

Both E3 and Comstock believe that “The battery metal sector, and the Petro-Lithium sector in particular, is at an inflection point.”

“We have spent considerable time getting to know the team at E3 Metals and what they have accomplished to date in the Petro-lithium space,” stated Comstock’s Goldman, “This has ultimately led us to mutually agree that by working together, and combining our networks, skill sets and focus we will be able to achieve greater success for both of our shareholder bases.”

In 2015, Electric Vehicles (EVs) were viewed as flashy toys for affluent early adopters.  They are now going mainstream.  Increased lithium battery production has created an efficiency-of-scale that has catalysed significant battery cost reductions.

Lithium-ion battery costs fell by50% from 2014 to 2017 as battery producers raised output and competition increased”.

Falling battery costs along with simpler engine designs and cheaper fuel are making consumers around the world seriously consider EVs,” stated Bloomberg, “Nowhere is this more apparent than in China, which now makes up over half of the world’s EV market, and a quarter of the world’s plug-in hybrid sales.” 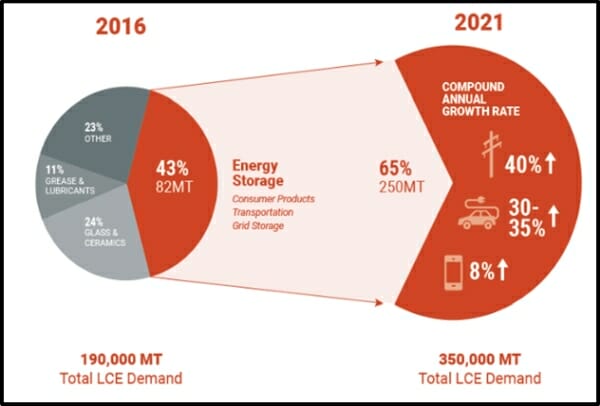 Efficient lithium producers are likely to have buyers, but the margins will be lower.  Technologically innovative companies like E3 will be attractive wealth-creation vehicles for investors to looking to participate in the EV revolution.

The JV between E3 Metals and Comstock Metals creates a technology-exploration hybrid that has the potential to meet the exploding lithium demand.

We will continue to monitor the achievements of the JV, and E3’s progress in the Leduc reservoir formation, in Alberta.

Full Disclosure:  E3 Metals is an Equity Guru client, and we own stock.