Pity the GMP Securities clients who were sold into that financing, buying into 60.9m shares at $5 per share.

Pity them all because, despite an exchange-forced listing delay from April to August while the guts of the deal were inspected, and despite the crypto market being beaten to within an inch of its life during that time, and despite every blockchain and crypto stock losing at least half its value, if not 90% of it…

That’s one way of putting it. 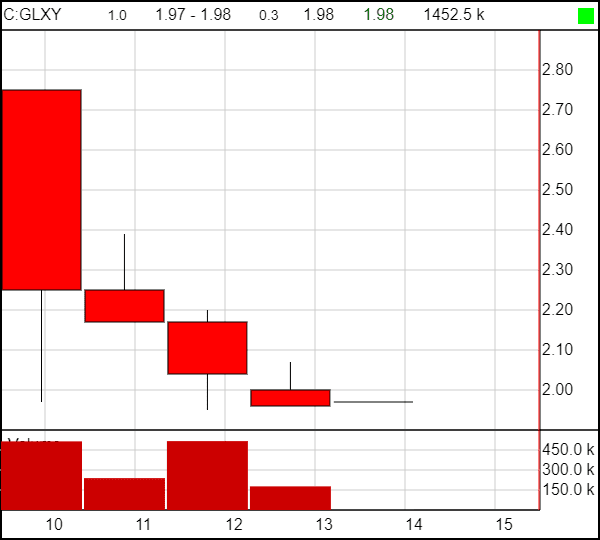 This is a masterclass in burning investors. I asked a colleague who has been through this before what he would have done, if he were CEO of this deal and it was clear the market had changed since they raised their money.

You don’t just go public anyway and shred the value of your investors’ money, that you’ve been sitting on since January. That’s the worst. I’d be furious.

Admittedly, some might take the hit willingly, to be part of something they believe will be a monster down the road.

The firm took a $134 million hit in the first quarter, according to its first-ever financial disclosure released in Canada last week. The Manhattan-based firm reported a net loss of $103.3 million on trading, with $13.5 million on digital assets and $85.5 million of unrealized losses on those assets.

As far as returning the money they raised, they couldn’t exactly do that because, well, it appears they’ve kinda spent it already.

So far this year, Galaxy Digital has invested $86.8 million across 11 different investments and six acquisitions. The company had $281.7 million in assets as of the end of March, with $225.8 million of that total digital, the release said. Novogratz contributed $302 million of his own assets to the company, according to the documents.

Let’s do some quick math: They raised $300m in January, Novogratz says he brought $300m worth of assets vended into the deal, the blew $130m in losses, and it appears to now be worth $120m in market cap.

Novogratz doesn’t appear to have much time for those who got in early, if this interview is anything to go by. If I told you this interview happened in November of last year, it would make more sense than the fact it happened last week.

“You want my advice?” Novogratz told Bloomberg, “If it goes down, buy more.”

My god, the fucking nerve.

I invested a reasonably large amount in a competing miner/blockchain deal in January, and that deal also went through some regulatory drama in getting approved to list.

So you know what that company did? It didn’t spend any of that money, and it reversed the share purchase after a handful of months when it became clear that was the best way to preserve investor dollars. I just got my money back, in full, rather than watch that company come public at a massive discount.

THAT is what you do when you care about your people.