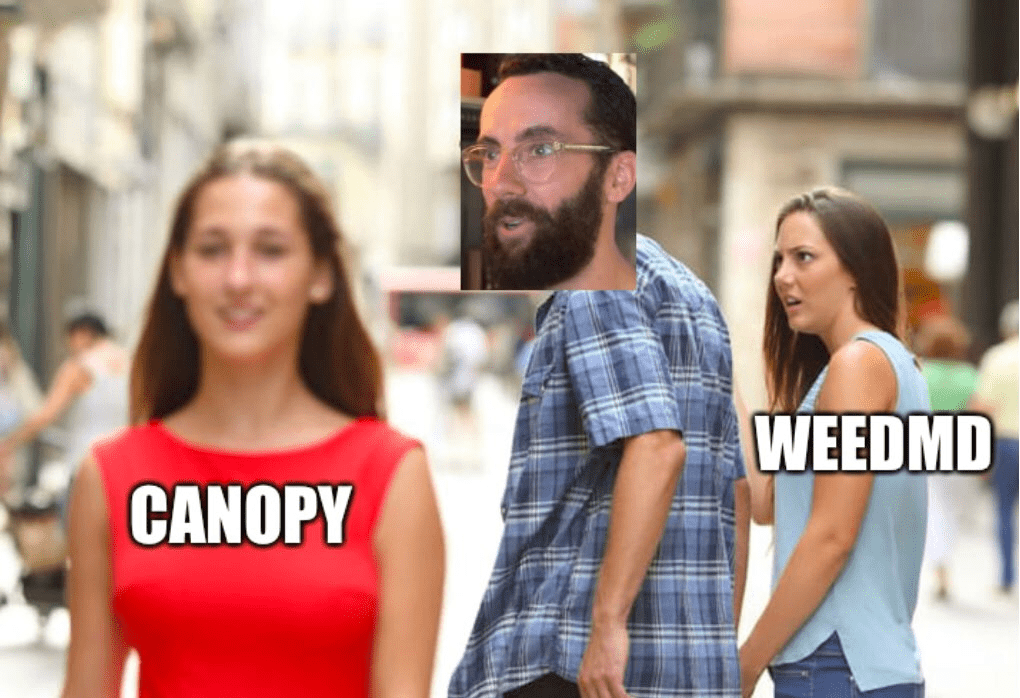 Yesterday it was announced that Canopy (WEED.T) was acquiring Hiku (HIKU.C), no one saw this one coming. The adolescent cannabis space continues to get more and more unpredictable.

Hiku shareholders will receive 0.046 of a Canopy share for a common share of Hiku representing the equivalent of C$1.91 per Hiku Share and a premium of 33% based on the 20-day volume weighted average prices of the Canopy Shares and the Hiku Shares as of July 9, 2018, and a premium of approximately 21% based on the closing prices of the Canopy Shares.

This news also came hours after Organigram announced it was supplying Hiku’s retail locations in Manitoba with 1,000 kgs of cannabis per year for the next three years.

Hiku finds a prettier girl to take to the prom

Canopy’s acquisition led to the formal termination of Hiku & WeedMD’s (WMD.V) previously announced ‘transformational transaction‘ that would have merged the two companies.

It’s hard to blame Hiku for taking the superior deal. Who wouldn’t take the opportunity to be in business with Canopy? It’s like bringing the prettiest girl to the prom, or having the state wrestling champ as your best friend. The offer is for stock in the world’s largest marijuana company, at an attractive premium.

Hiku hasn’t sold a gram of weed yet, and their 40,000 square feet of planned production space can’t be something Canopy considers important. It’s the unique brands and storefront location that they acquired in the Tokyo Smoke deal that Canopy is after.

“Hiku equals brands. Canopy is built on brands. So we combined them.”

In that context, WeedMD who?

WeedMD got more than just an apology and a fresh corsage. They will receive a $10M CAD termination fee, which is a decent chunk of change considering in Q1 of 2018 they generated a total of $1.1M CAD in revenue.

Before the trading halt yesterday, WeedMD’s stock had gone up 29.8% since the announced merger in April. Hiku’s stock is -17.3% over the same time period. Today’s action could be considered a re balancing, sending WeedMd down -16.1%, and putting Hiku +19.86%, in line with Canopy’s offer price. 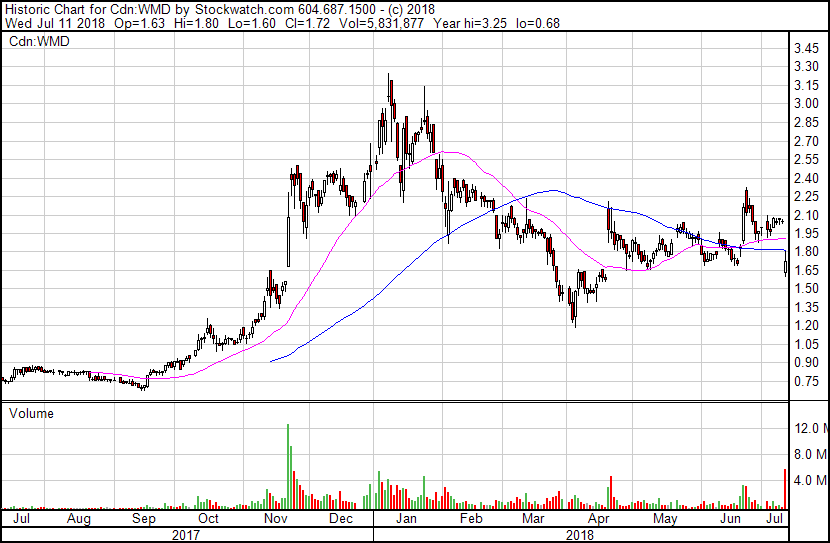 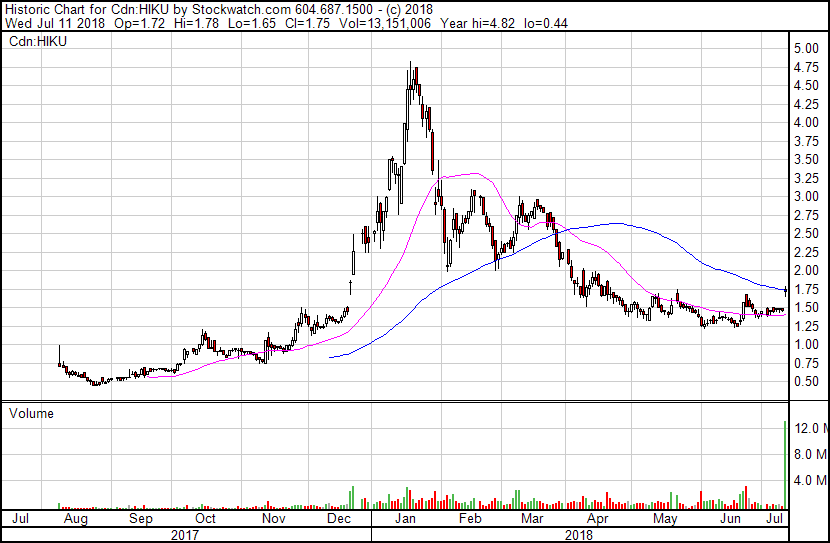 If WeedMD’s 30% bump came from piggybacking on Hiku’s brand, and they ended up +14% with a $10M cash prize just for playing ball, that isn’t so bad.

If the acquisition goes through, Aphria will own 415,161 Canopy shares which would be worth $16.17M CAD today.