AusCann (AC8.ASX) shares were placed in a trading halt Tuesday July 3, 2018 as the AFR Street Talk column reported the company was seeking to raise $30 million from “buyer led” interest originating from North America.

On Thursday July 5 the company confirmed the capital raising had been completed with 30.4 million shares issued at AUD $1.10 a piece. Canopy Growth Corp (WEED.T), AusCann’s major shareholder, have increased their ownership in AusCann from 10.65%1 to 11.2% following completion of the placement.

The stock was welcomed back to the boards and promptly dropped as low as $1.16 before recovering to close the week out at $1.22.

Let’s hope that $1.10 figure is luckier for AusCann than it was for Creso Pharma, whose “sophisticated investors” are still 41% underwater on their outlay some 8 months later.

You got questions? We got answers. Well, sort of

Q: What does the company intend to do with the cash?

A: Besides general working capital requirements, the company tells us the money will be used as such:

Q: Why does the company need the cash?

It’s a good question, especially after recently informing the market “AusCann ended Q3 FY18 with approximately $11.89 million in cash and is well-funded to maintain its operational momentum in Q4FY18 and beyond” 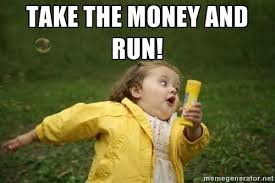 AusCann have thus far raised a total of AUD 50.4 million since relisting on the ASX after a convoluted takeover2

The better question is why didn’t AusCann look to raise capital when the shares were trading near a buck eighty just 3 months ago?

Sorry, we can’t help you there.

Q: What’s all the gobbledygook about the options?

A: According to the release, those involved in the placement “will receive 1 option for every 2 shares subscribed for(‘the Option’), exercisable at A$1.465, a 33% premium to the Placement issue price. The term of the Option is 30 months, however, if the closing price of the Company’s shares is A$2.25 or greater for 10 consecutive trading days, the Company has the right to force early exercise of the Option within 30 days.” (NB: Emphasis ours)

Oppies are sweeteners when asking punters to stump up new cash. They may be worth something, they may not but remember this: “Y’all got ’em for free!”. Nothing, nada, zilch.

We’ve highlighted “those involved in the placement” because there’s no mention of any options being applicable to the Share Purchase Plan (SPP) which is likely3 to follow shortly. The company is looking to raise a further 8 million through the SPP, open to eligible investors.

As we go to press, no further details on the SPP have been released.

The company has also stated they “will not apply for the Options to be listed for quotation on the ASX” – so the options are unlisted and can’t be traded.

Worth noting that 30% is around the mark where takeover offers are generally pitched. Just saying.

What does this all mean?

This smells like a play targetted towards the big end of town. Looks like retail have been shutout, again

Bottom line: There is high likelihood we will see consolidation in the ASX weed sector within the next 12 months. Make no mistake, AusCann is ‘in play’ and Canopy the likely suitor at this stage.

AusCann directors have significant skin in the game, holding in excess of 11% of issued capital between them. They stand to make a significant financial windfall if a takeover play was to materialize.

Q: Should investors be concerned about recent news headlines such as In major study, cannabis shows no benefit for chronic pain ?

A: Indeed they should, especially given the company states their raison d’être as “initially targeting medications for neuropathic and chronic pain “

A recent report released by Lancet Public Health brings into question the effectiveness of cannabis use for the treatment of chronic pain management.

Cannabis use was common in people with chronic non-cancer pain who had been prescribed opioids, but we found no evidence that cannabis use improved patient outcomes. People who used cannabis had greater pain and lower self-efficacy in managing pain, and there was no evidence that cannabis use reduced pain severity or interference or exerted an opioid-sparing effect. As cannabis use for medicinal purposes increases globally, it is important that large well designed clinical trials, which include people with complex comorbidities, are conducted to determine the efficacy of cannabis for chronic non-cancer pain.

This is an important study which should not be discounted.

So far we’ve had to endure weed company spin telling us that CBDs can cure anything from herpes to hemorrhoids.

Not all information is created equally.

Q: What does the chart say ?

A: Hang on, we’ll just whip out the Tarot cards and read the tea leaves for you.

The January 9, 2018 high of $1.85 seems like a distant memory now. The stock attempted to re-test the high in late April but only reached $1.79. Since then, it has all been one-way traffic – down. The stock has shed ⅓ of its value in less than 3 months.

Then there’s the little dip in the share price of AC8 over the past few weeks which saw the company’s stock dropping as low as $1.08, taking out the Feb low of $1.25. This price action pierced the symmetrical triangle to the downside. The triangle formation began with the low back in November 2017, so it’s a significant development from a technical perspective.

Let’s hope AC8 shares find a floor soon. When we last reviewed ASX pot stocks we said AC8 needs to hold the $1.25 level because there’s nothing but air below.

That’s the trouble with capital raisings – they’re real momentum killers. Like when your girlfriend asks if you have a condom and you open the glovebox only to find a bunch of Snickers wrappers, with the nearest drug store a five-mile drive away. 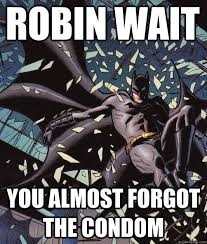 Well that didn’t take long – AC8 shares have made a beeline for the cap raising offer price, and dipped slightly below in this mornings trade. 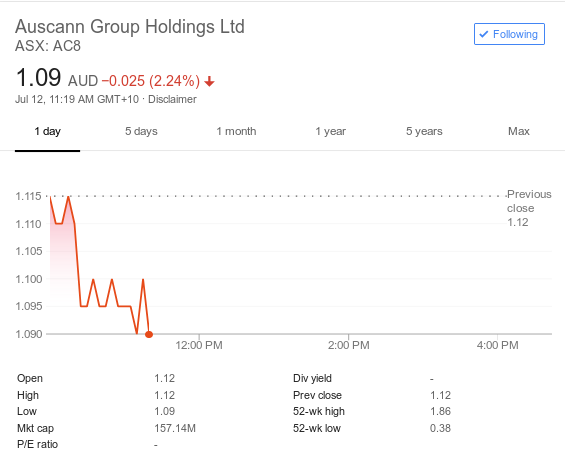 Looks like AusCann is now in a tricky situation. If they proceed with the SPP (Share Purchase Plan) then they’re asking retail to stump up cash for stock which they may well be able to buy cheaper ‘on-market’ in the coming days.

As we all know, that didn’t work out too well for Creso Pharma.

Footnotes:
1. As reported back in Jan 2017
2. TW Holdings (TWH.ASX) acquired 100% of the issued capital in AusCann Group Holdings Limited, and then subsequently changed their name to AusCann Group Holdings Limited, trading under the ASX code ‘AC8’.
3. The recent CR release states “the Company intends to offer an SPP” and “Should the Company proceed with the SPP”– it’s not a certainty and the terms of the offer have yet to be disclosed.

FULL DISCLOSURE: AusCann are not an Equity Guru marketing client.