The holiday week may have slowed the markets, but the pot business didn’t take any time off. We’ve got the goods on who missed out in the Alberta deal, and the return of the Friday Flier.

Yesterday’s announcement from the Alberta government of the LPs that they plan on starting out with as approved suppliers drew some hard lines around access to the Canadian retail market. That should mean something to investors, and many still be working its way into the market following a slow, low-volume week.

When the government says they are going to allow the commercial sale of marijuana to retail clients, what they mean is that they’re going to allow companies to sell them marijuana, which they will then sell to retail outlets, who will in turn sell it to the taxpayers. Because they care about our safety and well being.

This cartel distribution model has done the provincial governments well in the liquor business, so why mess with what works?

The clear entry gateway makes things easy for analysts. At the moment, 13 companies have been knighted as suppliers. We wrote about them yesterday, along with their optimistic expectations for the initial six month period in which the AB government will use their product to feel out the market and see what sells.

The Gene Simmons fronted budding cultivator had Canadian retail distribution as a core part of their strategy for moving the product they’re growing in Ontario, Alberta and BC. The company said in May that Simmons, Taylor Dixon (CEO of Alberta-based Invictus subsidiary Acreage Pharms) and a team of consultants were aggressively scouting retail locations in Western Canada where they could create “refined shopping experiences in spaces evocative of Canada’s natural beauty, with natural woods, open floor plans and tasteful lighting.”

The plan called for nine of their 20 storefront locations to be located in Alberta (with seven more in Saskatchewan and four in BC), so not being approved by the AB government as an official supplier has to be considered a disappointment for Invictus, who are one of few public LPs without any apparent patient acquisition effort.

The ALGC news release did say that they would: “continue to engage additional LPs as they become federally licensed, specifically Alberta-based producers.”

Acreage Pharms is an Alberta-based producer, and already federally licensed.

The company announced an additional $5M of capitalization today from a warrant exercise. The release repeated the fact that they’re operating and building several marijuana factories in several provinces, but did not discuss their retail strategy or apparent snub in Alberta. Opening storefronts to sell other licensed producers’ cannabis products would obviously be less than ideal for Invictus.

Equity Guru reached out to Gene Simmons’ management company for comment, but they have yet to return our call. 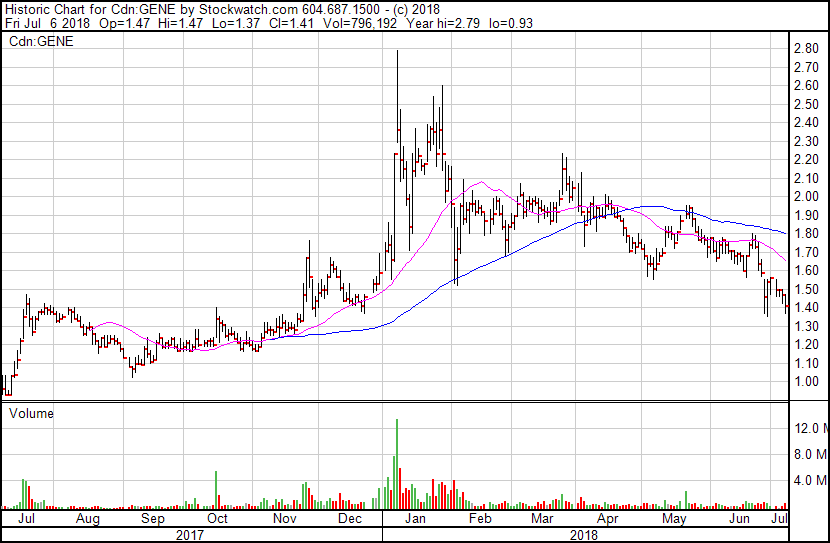 The aspiring marijuana e-retailer that an EG commenter recently informed us is “a platform company,” does not appear to be in the plans of the Alberta government, who are opening up an online retail portal of their own to sell cannabis.

Namaste subsidiary Cannmart, whose Health Canada license allows it to process and package cannabis product, has not yet been licensed to sell any, so it’s unlikely that the government would have even considered an application had Namaste submitted one, but the government’s aspirations for its own online sales portal effectively eliminates the Alberta retail market from the company’s plans for the time being.

Beyond the basic intention to sell dope online, very little is known about the Alberta government’s online retail plans. E-commerce isn’t a business that provincial governments are known for, and it’s possible that they will eventually end up sub-contracting it to a pro, or hiring one as a consultant, but only after having spent a great deal of time and money going nowhere with their own attempt, so don’t count N out of this game quite yet.

No matter how many provinces Namaste is subbed in, we’re not ready to declare them down for the count. The Youtube stars who run that show are nothing if not tenacious, and have deep knowledge and experience in online sales. If N’s vape business, patient referral portal, or anything else they cook up can build enough high-value client traffic, they may still be able to earn off of sales from referrals to provincial retail portals like Alberta’s and ones being run by whatever other province decides they want to set up their own Shopify. Perhaps the inbound algorithm AI / machine learning can route users to their home provincial portal based on their IP. (That’s actually pretty good. Patent pending!)

Equity Guru is in the midst of covering the very 2018 condition of an aspiring marijuana e-retailer being among the highest valued companies on the Venture. The latest in our Namaste series can be found here, and stay tuned for EG meta-coverage of some very unfair treatment of Namaste by certain other financial press outlets (sad!). 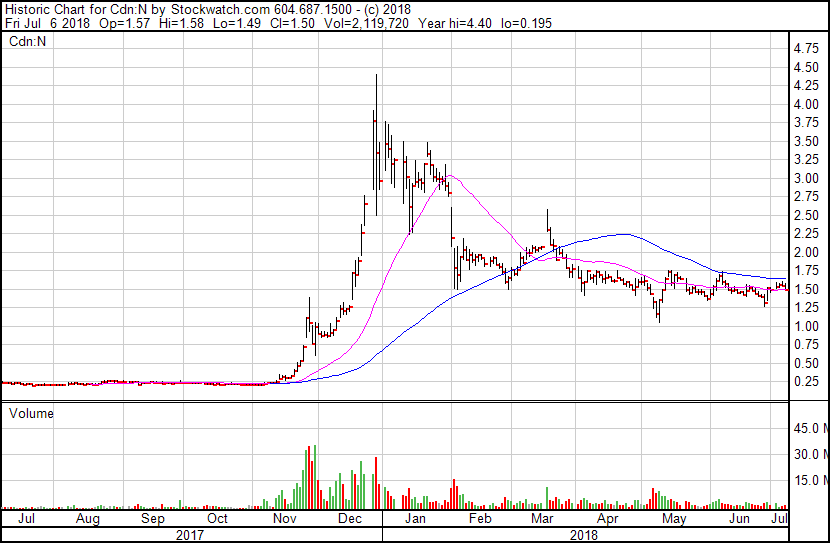 Here’s what happened likes to look for resource stocks that trade abnormal volume on summer Fridays when most people are out on the boat, on the thesis that something must be up. 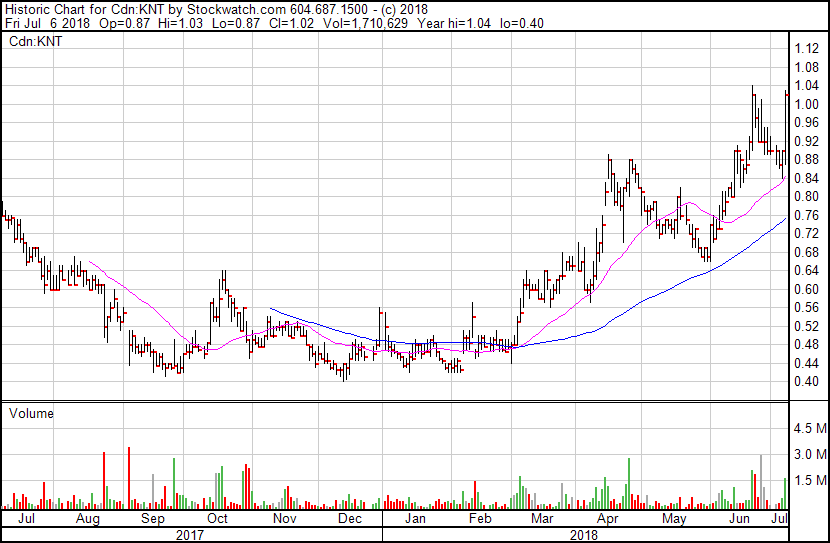 Today’s flier was K92 Mining (KNT.V), whose most recent news, Tuesday, was about a warrant exercise putting $2.3M in their treasury. Those warrants had a $1.05 strike price and were exercised out of the money (KNT was trading at $0.92 when the warrants were exercised), signifying that there are at least $2.3M of true believers. 18 million out-of-the-money warrants from that same private placement expired un-exercised on June 27th.