Sproutly: The cannabis monster in the making you’ve never heard of

My head was pounding. Sick for a week. Struggled into the Sproutly boardroom convinced I looked like eighteen miles of bad road and my voice sounded like Jar Jar Binks in a wind tunnel. The view from the office was magnificent, but I couldn’t focus on it, or anything. I was in bad shape.

In contrast, Keith Dolo entered the room like he’d just finished a day of shooting an episode of Suits. Impeccably dressed, polished, bright eyed and bushy tailed, armed with all the knowledge you’d hope a cannabis CEO would bring to the table, and the smooth confidence of someone who knows he’s sitting on something really interesting. 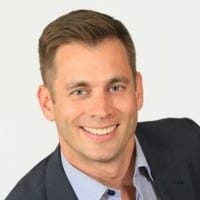 Not really, he actually seems like a nice guy. But I wanted out. I’ve seen so many new weed deal pitches in the last few months that another ‘we have a grow license and we’re going to build a bunch of growhouse square footage’ was the last thing I needed to hear in my sickened state.

But Dolo is less so-so and more YOLO.

And his deal should give you FOMO.

SPROUTLY IS NOT WHAT YOU THINK IT IS

When you slide through the deck, you’ll initially see worlds like ‘16,600 sq. ft production facility’, and ‘1,400 kg/yr potential production capacity’ and ‘lvl 9 vault’, and you’ll instantly begin comparing the company to others out there already and maybe thinking about what to have for lunch.

They have a decent, if small, production facility. Maybe $50m in value as a public company, if they got their production license.

Then a weird thing happened… they got their license.

Like, literally got it as I was sitting there. Here’s the note. 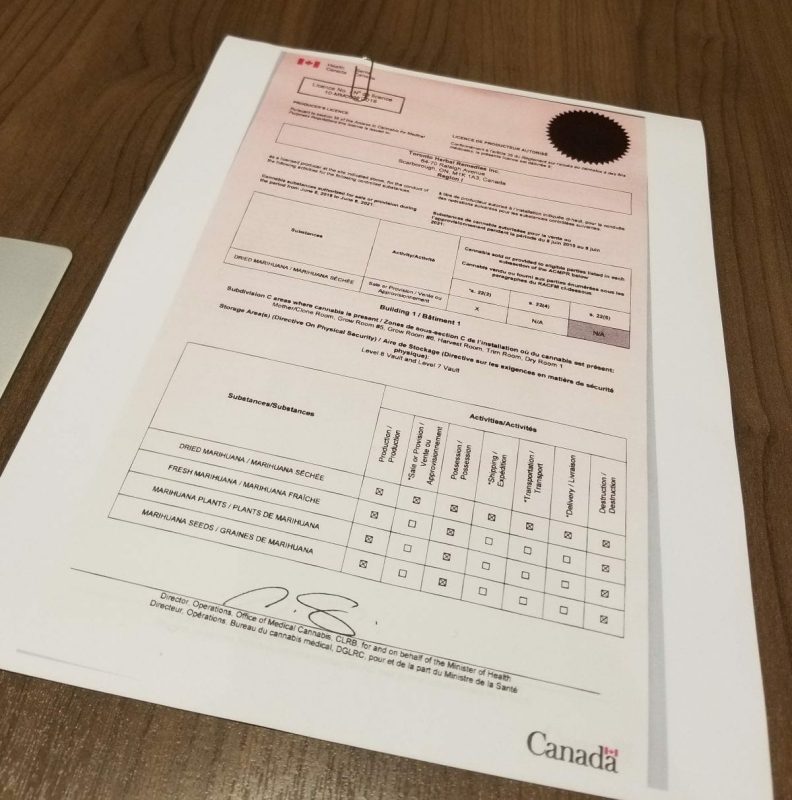 So once his team got finished celebrating, and added the word ‘licensed’ to their investor deck, we got down to business.

Turns out, while they’re happy to have a license and plan on growing much cannabis, this isn’t an LP play. They’re not going to forge their future in the world of agriculture, and that’s a good thing. I’ve been barking about that being a false future for several years now, and the market appears to be getting the memo. Several other pitches I’ve heard just in the last few weeks have talked about ‘growing for our own consumer products‘, or ‘growing because it gets us a license we can use for other things’, rather than ‘we’re going to grow three million square feet and get a lot of medical patients.’

So what’s the ‘other thing’ for Sproutly?

Well, they got themselves an acquisition in the pipeline.

Sorry, I’m going to have to sit down for this one because it gives me the vapours.

The company is called Infusion Biosciences, and it creates water soluble cannabis.

This is the great white whale of the cannabis world. If you can take the good stuff into a soluble form without having to mostly destroy its inherent goodness, before it’s fucked with some more so that the powder will turn back into another product without all the oil clumping together, and without using harsh chemicals, you’re on the shelves at Loblaws the moment everything is legal.

Here’s how IB describes this process:

Infusion Biosciences has developed a patent pending technology that we refer to as our Aqueous Phytorecovery Process that uses custom reagents formulated for different plant materials. All of our reagents are not only classified GRAS but also are common ingredients in our diet. Further, we do not use any artificial chemicals or harsh physical treatments during our process.

We utilize a 2 step “soak and strain” method, whereby according to the diagram, in step 1, we soak cannabis biomass in proprietary water reagents followed by straining and filtering to recover a natural water soluble entourage. Step 2 includes soaking the leftover plant material strained from step 1 in proprietary natural oil reagents and again, followed by straining and filtering to recover the remaining free oil entourage.

Let me translate: They soak the ingredients in a reagent that takes on board some of the goodness from the plant when the reagent is later drained. A variety of other reagents are applied that take on other elements, and the mix of, and order of, those reagents is their patent pending tech. They’ve spent a long time and a lot of research knowledge to refine the process to its zenith of effectiveness.

The reagents are later removed from the mix, giving you just the raw ingredients in their complete form, but now disassociated from the physical plant.

Not water with cannabis in it, or water mixed with oil in some weird tasting Cronenberg chemical that feels like someone sprayed Pam in your mouth. 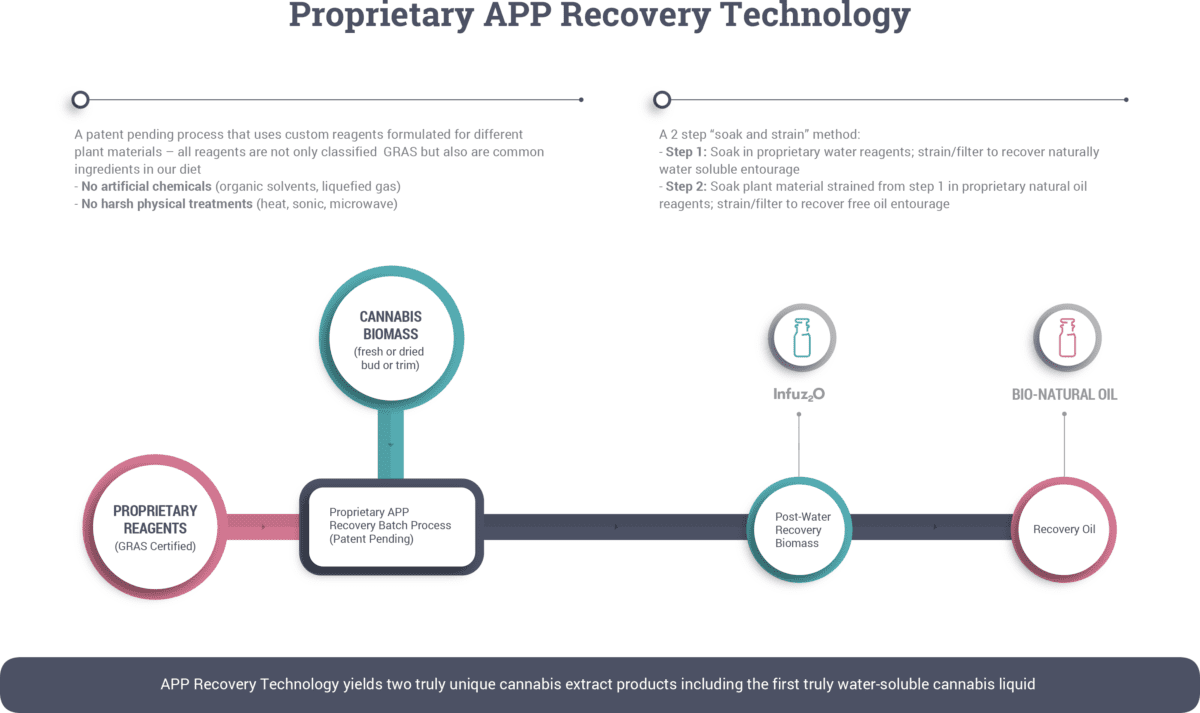 Again, if what they’re saying is real – this changes everything.

But that’s not all of it.

Once they’ve done their work on the original plant with water reagents, they then go at it with oil reagents, which take on the remaining CBD compounds into a bio-natural oil that can also be used in other consumer products.

They’re using every part of the plant, kids, without needing to involve butane or Death Ray #4.

WHY THIS IS BIG

When you talk about Big Pharma and Big Alcohol and Big Baked Goods and the like coming at the cannabis industry eventually, looking to grab up the players so they can fast track consumer products, none of those companies want to actually grow weed.

Not one of them. In the same way Bacardi doesn’t need to grow sugar to make the molasses it uses to produce rum, Pfizer doesn’t want 1m sq. ft of weed under its ownership so it can one day put weed in a pill.

Bayer doesn’t want to have an Israeli growhouse or an Ontario extraction plant or six licenses in the Okanagan. It wants to make Flintstones CBD gummies, and to do that, they need the CBD to be water soluble and delivered on time, in a consistent form and dosage.

WHAT WILL THIS ALLOW?

This tech will give us products with a five minute timeline to the consumer feeling their effects, that will wear off within 90 minutes, allowing predictable day scheduling and an end to accidental over-use. It will bring products that don’t have to be smoked or vaped. Precise dosing. No odour. And no CBD clumping.

One of the big problems for folks in the CBD oil products space is, when you put oil on, say, a breath strip, with other ingredients mixed in to help deliver it and make it taste unlike ass, the oil tends to clump. It draws in towards itself so that one corner of your breath strip may get all the CBD, and the other three corners get none.

If you pour a spoon of oil into a pot of water, you see this in practice. The oil finds the oil. This is why you need to shake salad dressing before you pour it.

And that, ladies and gentlemen, is why you should have it on your watchlist and be there with bells on when it’s public.

Oh, there’s other stuff too. A lot of other stuff. In fact, though this article so far would be reason enough to consider a Sproutly purchase, it’s not all there is to the thing by a long shot.

There’s more, but I’m going to stop now because they’re not a client and they freaking should be and I’m not a damn charity.

FULL DISCLOSURE: There is no commercial arrangement between Sproutly and Equity.Guru, or any third party attached to it. The author holds no stake in the company. We just think it’s the balls, is all.