Why is iAnthus (IAN.C) stock going ballistic in a shitty weed market?

According to a 118-year old “Glossary of Botanical Terms”, Anthus is a “cluster of flowers at the end of a long stalk”.

iAnthus (IAN.C) is a U.S-focussed weed company that has spent the last 12-months transitioning to owner/operator status in the American regulated cannabis sector.

In New York, Florida, Massachusetts, and Vermont, iAnthus “holds licenses to operate four cultivation and processing facilities and 34 dispensaries, it also has weed operations in Colorado and New Mexico.

The CEO of iAnthus, Hadley Ford is a banking/operations/healthcare-innovator.

Ford grew a network of cancer treatment centers to $100 million in annual revenue.  He also spent 14 years on Wall Street, where he completed “over 150 transactions worth billions of dollars.”

Here’s what else Ford can do:  perfectly articulate the vision of his company.

There are successful companies with CEOs that have Tourette Syndrome (Elon Musk – TSLA.NASDAQ).  But when the CEO listens to shareholders – and delivers intelligent, substantive answers (rebuttals or agreements) – it’s a big plus.

In our opinion, the CEO’s communication skills (or lack of) is one of the most over-looked risk factors in small-cap stocks.

If you want an example of Ford’s skill in this arena, listen to him square up to shareholders at the 1:56 minute mark of this podcast.

You said you were worried about our ability to fund our licenses, so we raised more money both publicly and privately culminating in our recent $50 million raise, the largest ever investment by one investor into a public cannabis company…etc”.

Writers are prone to over-value lucid communication.  If Ford had consumed 11 glasses of Peppermint Schnapps, stumbled up to the microphone and recited The Quran in Czechoslovakian – it might’ve had the same effect.

But one thing is for sure:  iAnthus is performing like a champ in weak weed market. 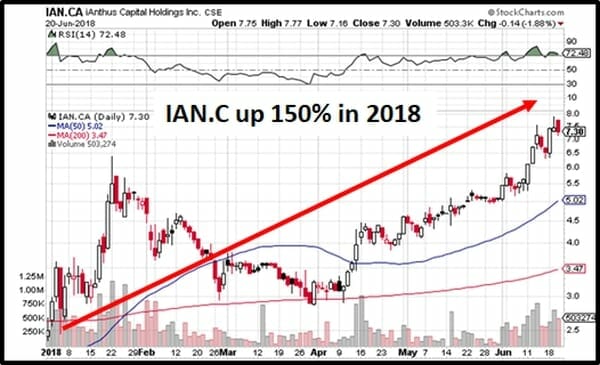 It raises the question:  what is this stock going to do when President Trump decides to piss Jeff Sessions off by legalising weed at the federal level?

On May 14, 2018, received a $50 million investment from Gotham Green Partners. Net cash proceeds were approximately $46 million after deducting various fees and structuring costs.

Note: state regulations prevent iAnthus from consolidating the financial results of Organix. This could change in the future. 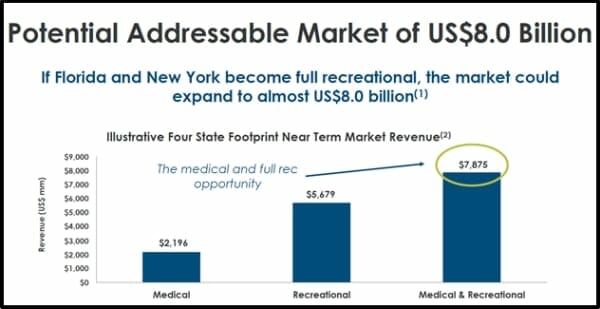 There’s a lot to unpack there.  If you like, you can read the whole 52 page management discussion.

You want it simplified? 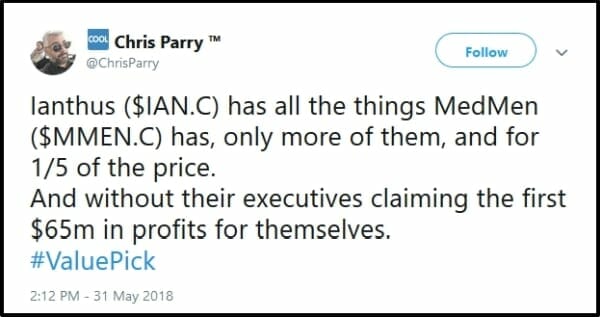 iAnthus, like its namesake – has grown a cluster of fast-growing businesses at the end of a robust capital investment stalk.

Full Disclosure:  iAnthus is a new Equity Guru marketing client, and we own stock.