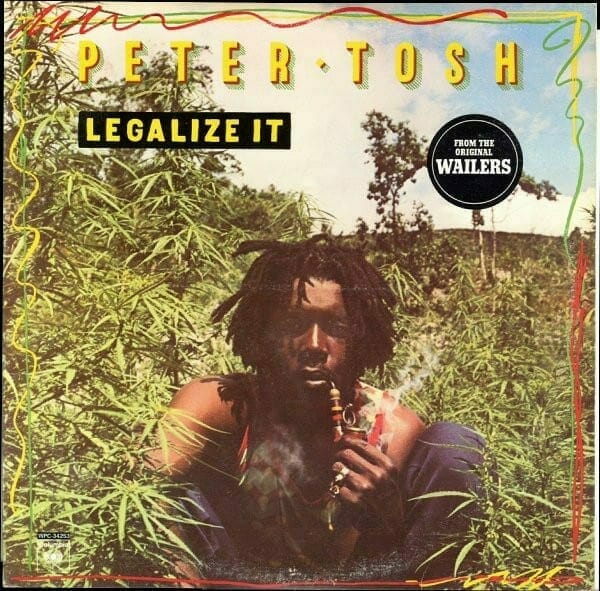 It was a snooze out there today, but we have a new US retail listing and a few developments on the day that we finally see the Canadian marijuana bill passed… sort of. Plus: Abcann Global vs. Invictus MD.

Bill C-45 passed the final senate vote this afternoon, clearing the way for Canadians to no longer be considered criminals for having or smoking a plant that has been socially acceptable and widely used in quantities impossible to policed for quite some time now. The bill passed the un-elected senate by a vote of 52-29 with 2 abstentions. It’ll be actual, really for real the law some time in September when the law “gains royal ascent,” which means they have to ask the Queen Mum if it’s OK or something. 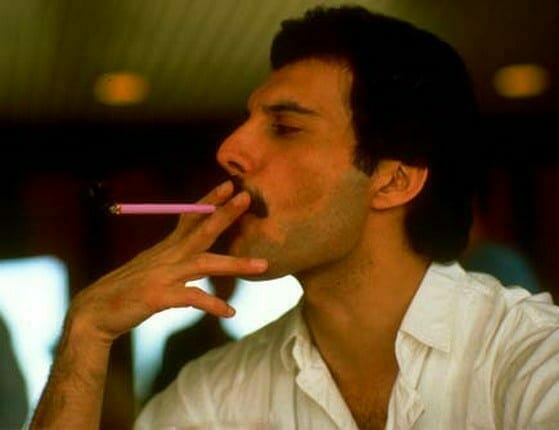 There was at least one Queen who knew a thing or two about royal ascent.

Make no mistake, it’s a marijuana market out there in smallcap. The top 10 traders and 15 of the top 20 traders in terms of dollar volume today all had some kind of cannabis component. And we’d better get used to it, because there’s a hell of an appetite out there for these things.

The news today was the RTO listing of Green Thumb Industries (GTII.C) on the CSE. The US dispensary did 443,000 shares of volume in their first day out to finish at $13.30.

In the listing docs, Green Thumb comes off like the construction of sophisticated operators who are keen to take advantage of a burgeoning industry. The Chicago-based company has a nation-wide chain of US dispensaries, as well as growing and processing verticals in several different newly legal states. The idea of gaining toe-holds in less crowded markets like Pennsylvania, Illinois, and Ohio, and getting the jump on markets where adult use is not yet legal but may soon be (Florida) is a calculated risk with a great upside. Based on the financials filed in the RTO document and a $13.30 share price, we make GTII’s market cap somewhere near $1.8B, with a price to book ratio of 28 and a price to sales of 117.

Sources on the ground in Chicago tell us that this team is known for execution, and nobody doubts their talent or foresight. It does look like a tightly wound top… but that’s a big number.

Green Thumb is one of these MLP style deals where the executives own all of the voting shares. Nobody tell Chris Parry, though, because he’s liable to turn into Incredible Milton Friedman on us again. (Really gets going around 5:10)

More clever and sophisticated than the Med Men issuing that will be giving Chris material for another few weeks at least, the Green Thumb issue is set up so that the super-voting and multi-voting share classes are stripped of their vote bloat when they’re voted in a legit takeover tender. This structure is more about getting around potential activist actions than making sure a sale happens only on the founders’ terms.

CHOOM is ready for its closeup 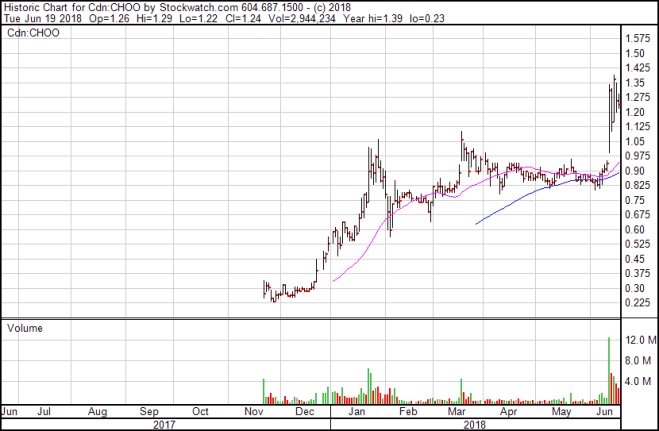 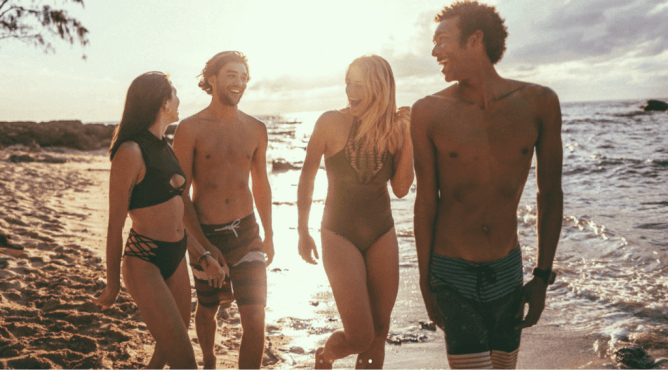 “Hey, you guys wanna head over to Choom and get some Choom brand Choom?”

EG client Co. Choom Holdings (CHOO.C) traded 2.36 million shares today to lose 2 cents and close at $1.25 (-1.6%) as they announced the acquisition of 10 new retail locations in BC and Alberta. That brings their planned storefronts to 25: a fine place to be when legal retail gets the go-ahead. Choom closed a $10M private placement yesterday, and has a market cap of $95 million. Assuming the company knew what they were doing, having the locations staked is a good first step. The trick now will be to make those locations feel like their website full of young, beautiful people having way too much fun all the time. That way people will want to come there and buy dope. (Not to brag, but we know quite a bit about marketing.) 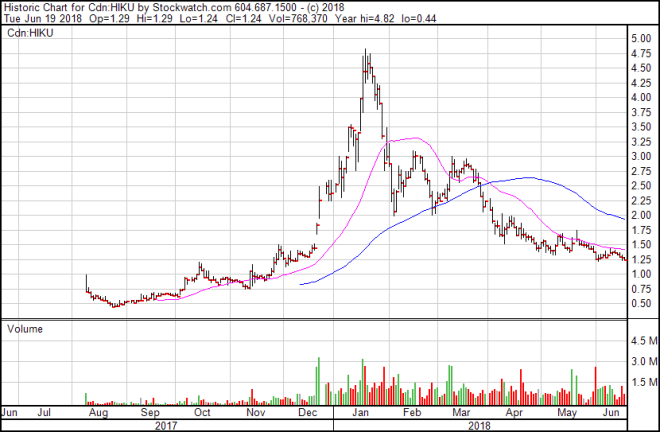 The people at Hiku actually do know a lot about marketing, and that may have had everything to do with this stock getting ahead of itself. By modern potco standards, $185m for a chain of high-traffic retail stores sounds like a bargain.

Hiku is also an EG client, but that isn’t why we’re bringing it up. Storefront figures to be a significant part of the retail market, and investors ought to be looking at who’s set up to take advantage. Even a whiff of LA and New York storefront were enough to drive the valuation of the Med Men B shares up around $1.1 billion in cap.

Invictus continues to feel the noise

Quiet Riot probably opened up for KISS at some point…
Mid-pack LP Invictus MD (GENE.V), who was involved in the Washington State space early on but did away with it so that they could list on the TSX Venture, is eager to convince the market that they’re working towards a place as a vertically integrated storefront retail distributor. Check this May 14th release:

[Invictus Subsidiary Acreage Pharms’ CEO, Trevor Dixon]’s extensive experience in traditional retail strategy guides the Company’s pursuit of prime dispensary locations in British Columbia, Alberta and Saskatchewan.  The Company has also hired a talented group of consultants with specialized experience in real estate and retail, including opening chains of retails locations.  In addition to dispensary locations and smart partnerships, store design with an intense focus on customer experience stands as another foundation of the retail branding strategy.

In addition, Invictus Chief Evangelist Officer Gene Simmons, one of the founders of the seminal rock ‘n’ roll band KISS and a lifelong serial entrepreneur, will offer insight and guidance. Gene’s successes in traditional retail environments are profound, with literally thousands of licensing agreements as well as a chain of restaurants, among other commercial achievements. Gene will be heavily involved in Invictus’ retail strategy.

“Retail? We’ve got retail. Boy do we EVER! At least, we will. Not to name drop or anything but the guy helping us with our retail is a guy by the name of GENE SIMMONS! Ever heard of him!? He’s an entrepreneur who made a pile of dough off of merchandising his image and being a douche on TV, so I THINK he might know a thing or two about retail storefront in Canada!”

Gene Simmons and his partners own 17 “Rock and Brews,” locations. None are in Canada.

To date, GENE still hasn’t told us how much weed they’re selling. The company books more than $500k in revenue most quarters, but there’s no telling how much of that is from dope sales and how much of it is from their stake in the Future Harvest plant nutrition enterprise. Invictus was up 8 cents today to close at $1.68 (+5%) on news that they’re going to sell 1000 keys per year to un-named Germans at $6,500 /kg.

As we mentioned, it’s still unclear if the 40,000 square feet of production space that Invictus is operating produces that kind of volume. Before mid May, the company was effectively operating 7,000 square feet, and a JV with AB labs gave them access to half the yield of another 16,000 square feet, but there’s no data on what it all produced. The company reported the consignment of 142 kg to Canopy Growth Corp. May 11th.

Where’s the love for Abcann?

Abcann Medicinals (ABCN.V), an Equity Guru client and careful, conservative operator, has been working with an active cultivation space of asize similar to Invictus’ (14,500 sq ft). Abcann sells between 23 and 53 kilograms per quarter out of that space (assuming no outsourcing), and isn’t making any noise about rock stars helping them start chains of dispensaries.

Abcann has been building a loyal base of medical patients since 2016. They released news today proudly announcing that their treatment subsidiary Harvest Medicine had surpassed 15,000 active patients, are opening up another clinic location, and launching an app. 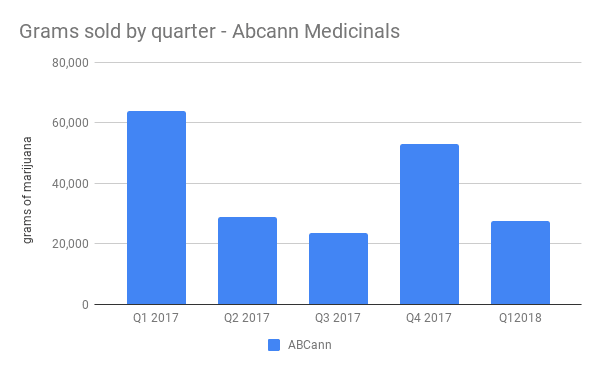 The ABCN focus on getting and keeping patients over hoping they show up at yet-to-be-built stores is easy to defend. These patients are coming to these clinics for care, developing a lasting relationship. They’re not going to get fickle and change brands when Snoop shows up at the Canopy shop down the block. Abcann has a strategic partnership with Choom, who will surely be glad to buy any product they can’t sell to their valued patients or to the export market, so that they can sell it to those beautiful people pictured on their website.

The Invictus website has no patient signup portal, telegraphing that the product they sell will be moved through wholesale to Canopy, German export, and a line of retail stores that Gene Simmons is hard at work hunting for.

For their troubles, the market has given ABCN a $133 million market cap, which looks cheap next to Invictus’ $166M market cap. Naturally, both companies are planning on building an airport hanger worth of production space. Abcann’s eventual total build out is listed at 1.2 million square feet, but we expect to see them stop on the way at 165,000 square feet, 50,000 of which has been financed by Cannabis Wheaton.

Invictus’ Phase 2 expansion puts them at 40,800 square feet this quarter. We calculate their eventual total footprint (adjusted for proportional ownership) at 809,500 square feet. 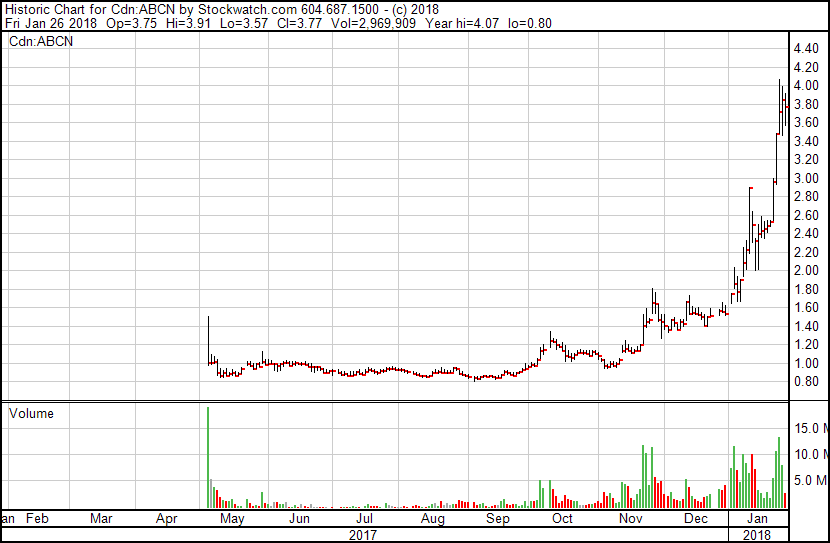 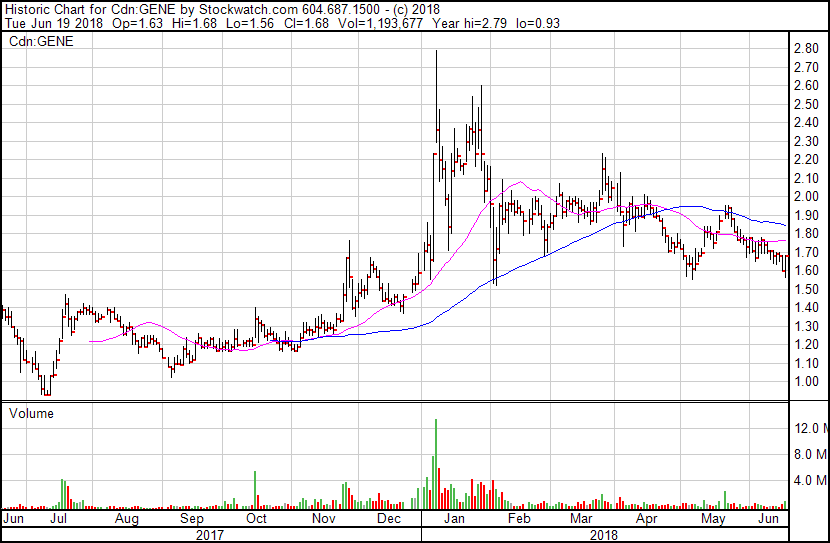