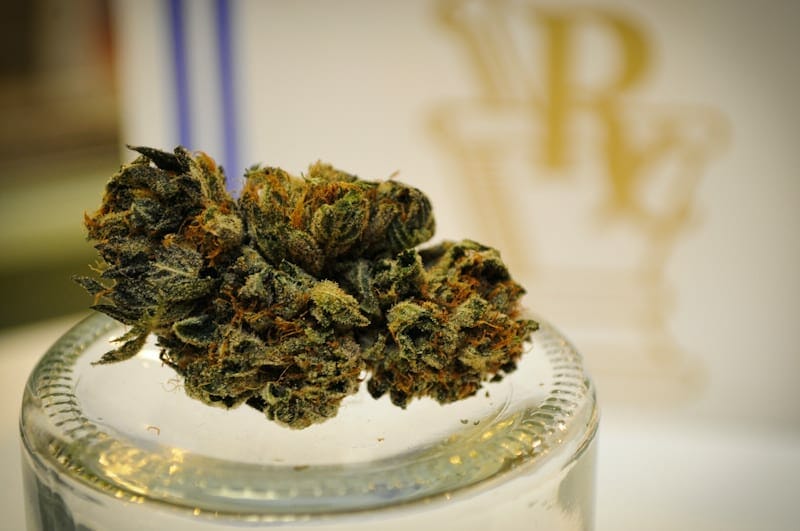 As the inflated valuations of these Canadian LPs remain unassailable, the market started looking towards the next frontier today yesterday, as we saw both volume and price action in various kinds of cannabis-based medical ventures.

Hydropothecary (THCX.V) and Organigram (OGI.V) led the venture in dollar volume, but they almost always do, and both LPs traded volumes well below their averages. Perhaps bored with trying to figure out who’s going to have the best angle at the retail market, traders started to take note of the bioscience companies working in the cannabis space, potentially discounting the potential for the development of new drugs and treatments from previously illegal cannabis derivatives.

Pascal Bioscience (PAS.V) first came alive last February when the UBC-founded company with Washington State R&D facilities announced that it had “…discovered certain cannabinoids that enhance the immunogenicity of tumor cells, rendering them more susceptible to recognition by the immune system. ”

The company had been quiet since then, but trading steady volume just the same until today when they announced that the DEA had given them a license to do testing on schedule 1 drugs, which their press release describes as a significant regulatory milestone, necessary for advancing their research. PAS traded 4.2 million shares on the news, 4x their average volume, to finish up $0.13 (+40.3%) at $0.47. The company raised $5M at the end of March on a 12.9 million share private placement with a 1 year warrant at $0.60.

There was also abnormal volume in Scythian Biosciences (SCYB.V), who announced June 5th that they were going to change their name to “SOL Global Investments Corp.” as soon as the shareholders give the thumbs up at the AGM in August. It sounds like the change in name will reflect a shift towards cultivation assets, and it also sounds like management is unaware of the common colloquial definition of “SOL.”

It is unclear if, post name change, Scythian will continue to work on cannabis based solutions to treat the intra-cranial inflammation that follows concussions is understood to be the cause of lasting damage in sufferers of concussions. That, at least, is an interesting and valuable problem to solve.

The LP farming the data that makes it happen

Just behind Pascal in dollar volume and price action came the newly-branded Aleafia (ALEF.V), who did 2.26 million shares (3x avg) to gain $0.17 and finish at $0.80 (+27%). Aleafia is the result of a business combination of former Equity Guru client Cannobo, and a formerly private Canadian licensed producer with 7,000 active square feet of greenhouse space in Ontario. Aleafia is not yet showing any sales from those 7,000 square feet, have plans to expand to 150,000 square feet by the end of 2018. The company also has a plan to buy another 160,000 square feet of operating greenhouse to be retrofitted in a deal that they say will close on the 4th of July.

The author is an Aleafia shareholder, having talked myself into it with research-based coverage back when they were Canabo. An email requesting an interview generated an immediate phone call from investor relations (you’d be surprise how often that doesn’t happen). The rep knew the company’s cultivation story cold, and was happy to plug me in to Dr. Michael Verbora, the head of the clinic and data business, when I started to ask questions he couldn’t answer.

The Canabo story’s appeal centred around the company’s operation of a series of clinics set up to prescribe cannabis-based solutions to patients with various types of afflictions and, crucially, to gather data and do research with it. The company books modest amounts of revenue off of custom research and consulting for entities who are interested in the data that is available from Cannabis patients, and in an environment where cannabis is newly available to be made into solutions such an enterprise could play a vital role.

Doctor Verbora told me that the company is set up to do clinical trials for cannabinoid-based treatments. As various delivery systems, cbd/thc mixtures and strain-dependant products are developed, Aleafia has made itself available to consult and do the lab work necessary to seek Health Canada / FDA approval for those solutions, and to gain the corresponding drug id numbers that allow them to be sold to consumers as medicine.

As the burgeoning industry figures out what is and isn’t worth protecting as intellectual property, Aleafia can continue to use its clinical information to generate revenue from all manner of interested parties interested in doing research. The database is of great interest to LPs, other clinics, insurance companies, governments and large companies for a variety of reasons. The company told me that they have 40,000 patients, and that those who have opted in continue to contribute to the data set with every visit.

We reasoned last year that a medical cannabis data consulting business would eventually be very lucrative in a legal marijuana world. Regular medical data companies are mostly too lucrative to ever go public. They either stay wholly owned subsidiaries of larger medical consortiums or get snapped up by private equity.

This column has gone on for long enough about how the ridiculous valuations being ascribed to LPs with little or no revenue, so we’ll spare you that one, and look at these companies relative to each other.

Assuming a cash position of $30 million (most recent raise), Aleafia’s enterprise value at close of business is $78 million. Other Ontraio LPs with 7,000 active square feet, an active research department, and no sales include Newstrike (HIP.V) with a $226M enterprise value. HIP also plans to build out to 160,000 square feet by the end of the year.

The Green Organic Dutchman (TGOD.T) also control 7,000 square feet of production space. As of March 31st, that space did not contain any commercial marijuana plants. TGOD has paid Ledcor to build them nearly 1 million square feet of active production space from the ground up. They have an enterprise value of $1.2 billion.