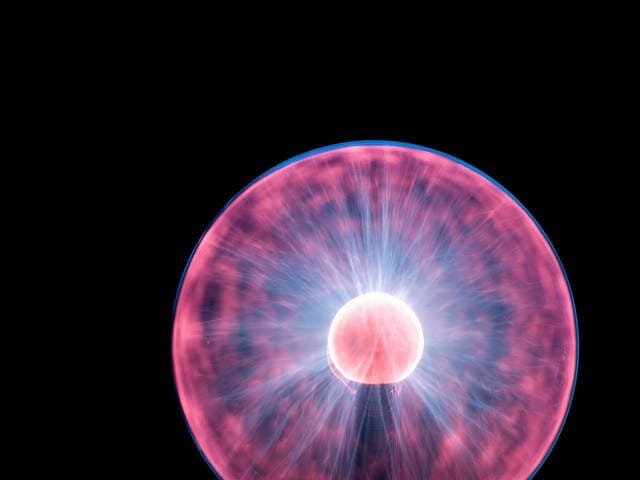 The slightest of oil bumps got the Canadian mid-caps spending like drunken sailors, the market hates it. Meanwhile, mining deals are so cheap that flush companies are making all-cash offers at 50% premium.

Canadian markets made up for last week’s lack of a pulse today, coming out of the blocks with a banger.

Baytex Energy (BTE.T) had been one of the best performing companies in the oil sector over the past few months, climbing 70%+ in the month of April, and riding a plateau just below $6 for the month of may on steady volume. The unconventional oil operator with production and exploration in the Alberta patch and in Texas’ Eagle Ford Shale region had the feeling of a steady producer with upside, until the recent news that they were going to do a $1.4 billion all-cash deal for Raging River Exploration (RRX.T). The market promptly smacked both company’s stocks with 12% and 10% price cuts on 3x and 7.6x their average volumes, respectively. 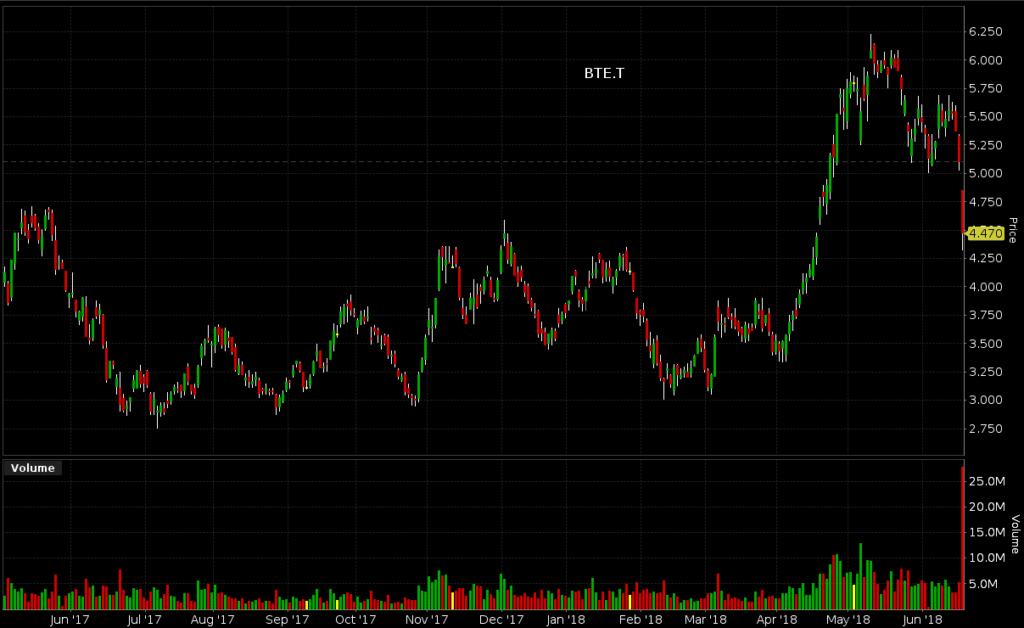 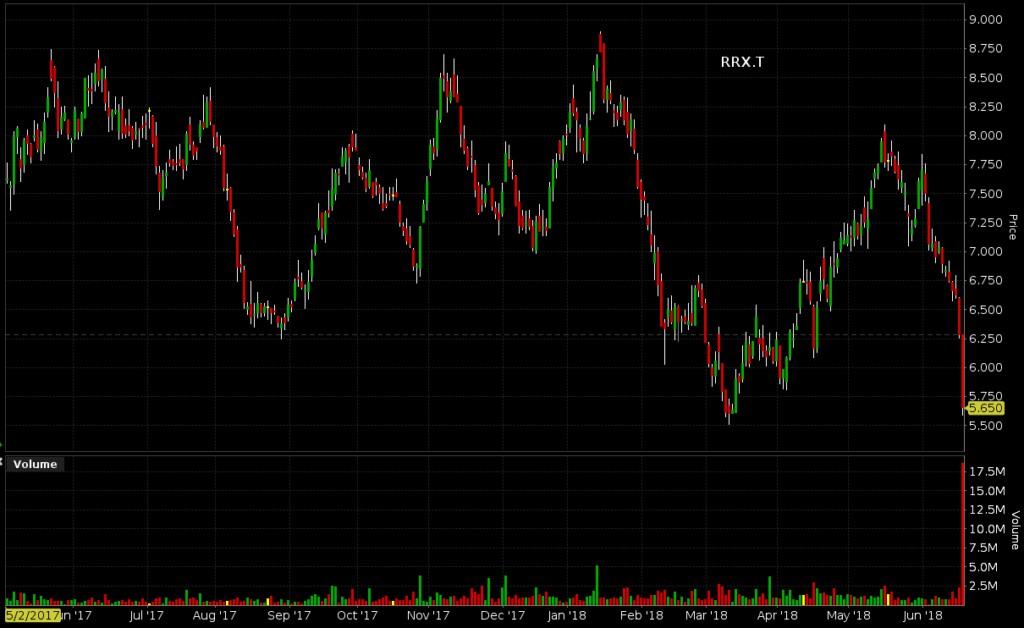 The Globe and Mail’s Jeffery Jones reports that the buzz had Baytex taking on River’s core asset, leaving the greenfields in a cashed up vehicle for the speculators, but the companies had other ideas.

Raging River put itself on the auction block in early March as its stock languished despite a small debt burden and a strong operating record in its main oil-producing area, Alberta’s Viking formation.

At least some investors had been hoping that the process would result in the sale of the main operating assets and the spin-out of a new exploration firm to concentrate on the early-stage East Duvernay oil region, where Raging River has 260,000 acres. But Baytex is absorbing the entire company.

We observe that “best of both worlds” approaches to risk management are barely ever popular. High-upside and high-revenue assets only ever play nice in the same company when that company is managed by figures with cult-like followings and rock-star status, and would probably leave if anyone questioned their judgement. Even then, it almost only works in the software sector where projects can be shelved and forgotten about. O&G investors like clean lines, and you’ve got to give the people what they want.

We’re watching this oil price gives traders anxiety attacks on the gradual climbs, heart attacks on the steep corrections, and cause rampant fits of capital spending in the executives of the companies who can catch a value-wave.

That’s about the action one expects from an equities market whose underlying commodity is on a tear that’s bound to melt up or down as soon as it feels like it. Meanwhile, metals prices are carving out a sideways trajectory that’s putting traders to sleep.

But not the operators. They’re busy churning through reserves to fill demand at a fine margin, and the market failing to value the in-ground assets of development companies is just fine with them. They’ve got to do something with all that money.

Arizona Mining had been steadily building reserves on a set of twin silver-lead-zinc deposits in southern Arizona, having amassed a total of 240m tons all in at a 1% Zn cutoff grade.

South 32, who are in the habit of operating deposits just like that one, had $7 billion in revenue last year. That puts them at a 2.22 price to sales ratio, and an even 2 price to book. A cash deal at a premium sends a signal that the whole sector is under-valued, and it’s hard not to agree.

Equity Guru client company Zinc One (Z.V) has been steadily drilling off a high-grade zinc property in Peru. The well-financed crew of pro-operators are consistently pushing drilling news with consistent widths north of 20% zinc, and watching the market shrug.

Z hasn’t yet released a resource estimate, but a non 43-101 compliant reserve from a previous operator showed more than 1 million tonnes of 21% Zn at Bongara. When we spoke with Chief Geologist Jim Walchuck last year, he was determined to prove that this was a part of a high grade trend of deposits, and drilling to date has been consistent with that concept.

Zinc One is trading below book value, at a $12 million market cap, 1/4 of which appears to be cash.