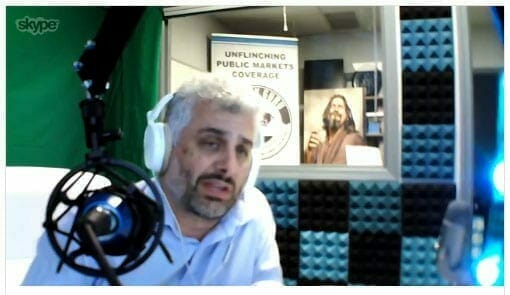 You get me on camera on a Friday afternoon and ask me about shitty market deals, you better make sure you have a lot of tape.

I talked to James West of MidasLetter today about mostly the MedMen (MMEN.C) deal, but also Green Organic Dutchman (TGOD.T), Aurora (ACB.T), FSD Pharma (HUGE.C), Namaste (N.V), hookers and blow on the boardroom table, Bill C-45, and what The Dude will abide.

Take a few minutes and watch. Or don’t, I’m not your father.

UPDATE: MedMen, under fire for their no good, horrible executive bonus deal as they land on the public markets, has announced they’ll forego their executive long term incentive plan bonuses ‘until the company share price hits C$10.’

This just landed, so we’re still boiling it down, but while it’s definitely a step in the right direction, it’s still a $65m anchor around the company’s good fortunes going forward.

Will those execs do deals such as buybacks, or paper purchases, to raise the stock price? When it gets to $9.90, will there be a sell off from people who don’t want any part of a $65 million penalty for buying more?

Co-founder and CEO Adam Bierman and Co-founder and President Andrew Modlin will receive their LTIP units of MM Enterprises USA LLC according to the following schedule. One third of the total units will vest when the price of MedMen’s Subordinated Voting Shares reaches CA$ 10 in the open market, another third will vest when the share price reaches CA$ 15 and the final third when the share price reaches CA$ 20. The price will be determined as a 5-day VWAP in any exchange where MedMen shares are traded.

This modification to the grants under the LTIP was made to provide greater economic alignment with MedMen’s shareholders.

More on this next week. Either way, here’s to the squeaky wheel.