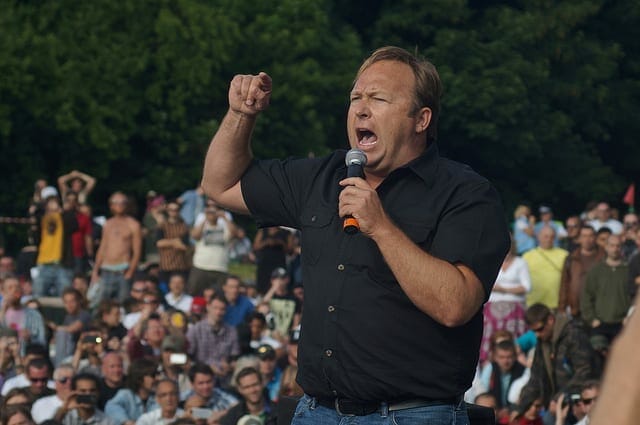 Deutsche Bank and citi implicated in Oz banking scam, and a curious Canopy Growth disclosure has the Datajam looking in its crystal ball.

A Monday market that didn’t even have enough of a pulse to justify filing a report turned out to be the calm before the storm, as the weed trade exploded out of the blocks Tuesday morning. TGOD, WEED, and OGI were all trading abnormal volume so we channelled our inner Alex Jones to find out what’s really going on in weed (WE’VE GOT THE DOCUMENTS, PEOPLE!).

Maybe a dingo ate the stock?

If you want the straight goods on any financial news item that threatens to make your head spin, go straight to Bloomberg. The Reuters brief on this morning’s charges in Australia against former citi and Deutsche Bank execs for cartel activity went about an inch deep and repeated itself three times. Bloomberg had it laid out clearly with good context in about 600 words.

The alleged crime has to do with a public equity offering of the Australia, New Zealand Banking Co. conducted in August of 2015, right around the time regulators were making banks fortify their balance sheets to make for manageable lending ratios.

ANZ was in luck because three Wall St. banks were more than happy to do a $3B bought deal in this fine institution down under. The “fully underwritten” deal was announced with a halted stock on August 5th, 2015, and when they opened up on August 6th, about $958M worth of ANZ shares went straight into the billabong as the stock reset to the price of the offering.

Such a reset is expected following a below-market offering, of course, but the volume spike must have got regulators curious.

Bloomberg reports that Australian prosecutors are in possession of a video call that shows officials from ANZ, citi, Deutsche Bank and JP Morgan discussing what they were going to do with several hundred million dollars worth of the “fully underwritten” placement that wasn’t exactly underwritten. Not fully.

We haven’t seen the video, but it almost certainly shows someone absentmindedly coming up with an idea to just put leftover paper in the partner’s fund overnight before blowing it out the next day, followed by an impassioned fight between a bunch of bankers over what portion of the unplaced stock each of them is entitled to own for a minute and collect an underwriting fee for before they dump it on the public by the shovelful.

The former executives of DB and citi who have been charged could be looking at 10 years in jail, and the cartel law they’re being charged under exposes the companies to a fine of A$10 million (lol!) or 3x the profit gained on the trade. Despite having been involved in the offering, neither JP Morgan nor any of its executives have been charged, inviting speculation that they’re the ones who coughed up the video call when the regulators started to lean on them. No word yet on what the banking community does to snitches.

We have to wonder if ANZ and the rest of this cartel figured dumping 1/3 of an alleged bought deal on the public market was a perfect crime because, unlike whoever’s in charge at Australia’s securities commission, they’ve never been involved in venture stage equities. Anybody who’s ever owned a smallcap mining stock could see what was happening by looking at the chart.

Y’ever watch the market while you’re high on WEED, man?

Today was all about the ever-over-valued Canadian weed market, as bellwether Canopy Growth Corp. (WEED.T) led the TSX big board in dollar volume, doing 10 million shares to close at $39.62, up $0.08 (+0.20%). We’ve long considered the $7.9B market cap company, the largest of its class, to be one of the few companies capable of justifying its own valuation in this runaway market. At 685,000 square feet of active production space, Canopy has more than twice as much lit space as its nearest competitor. When Aurora closes the Medreleaf deal, they’ll still be 200,000 square feet shy of Canopy’s active total.

No Canopy news on today’s big volume day, but the company did quietly file a notice of special meeting of shareholders. The meeting is set for June 30th in Smith Falls, open to shareholders on record as of June 20th. It’s the kind of meeting notice that gets filed by the transfer agent to set the record date. Canopy hasn’t yet filed the full notice with an agenda that says what happens at the meeting. It isn’t AGM time for Canopy, they had theirs back in September. There also appears to be enough room in the stock option plan to take care of the latest clutch of staff that they brought on board with the acquisition flurry (more below).

The last time Canopy had a special meeting on its own was at the beginning of 2017, when they had to print enough stock to undertake a $430M all-stock takeover of Mettrum. The combined company was worth $1.7B at the time, and that worked out just fine for WEED shareholders who have seen a 470% growth in equity value since then.

Lately, Canopy has been on an acquisition binge, buying out joint venture partners in both their research arm and their greenhouse operation in BC, acquiring the largest medical cannabis company in the Czech Republic, the rights to some top secret IP, and another cannabis operation in the African Kingdom of Lesotho (it sounds made up, but Lesotho checks out).

It’s unclear if any or all of that requires shareholder approval but, incredibly, the ~$469M worth of stock that Canopy issued to buy all of that represents just under 6% of their current market cap. As a body of work, those acquisitions look like the moves of a company with paper value burning a hole in their pocket, running out of things to spend it on.

Organigram led the Venture exchange in volume today on the announcement that the third phase expansion of their flagship facility in New Brunswick project was completely complete (as opposed to “substantially” complete). OGI.V did 5.2 million shares in volume to close up $0.49 at $5.49 (+9.8%), and it’s time to wonder aloud whether or not they’re a Canopy target.

If Canopy Growth were to buy Organigram right now in an all stock deal for a 40% premium to their share price, it would still only represent a 10% dilution of Canopy’s existing shares. OGI has supply agreements with the New Brunswick and PEI markets, and are one of only several companies whose actual production (unit sales free of outsourcing) we’ve been able to confirm.

Canopy got beat to Medreleaf.

Aphria is the biggest, tightest operation, but they aren’t likely to go down without a fight. At a $2.5B market cap, it could get expensive.

We would be surprised if the operations of Hydropothecary were up to Canopy’s standards, and the bulk of them are under construction. Poth does about 1/2 of Organigram’s unit sales, from about 1/3 of the active grow space, there’s no telling how much of it is resale, and they somehow command 2x OGI’s market cap. WEED is too smart to buy THCX. It’s over valued.

There’s an outside chance they’d go after Canntrust, but look how that efficiency metric bumps around. Too inconsistent. If they’re just re-selling wholesale, well, Canopy can do that on their own.

Buying Organigram is the move for Canopy. With the new production space, OGI would represent a 25% bump in Canopy’s active, licensed square footage. 25% of Canopy’s market cap is about $2 B. Doing it now, while they’ve got the valuation and Aurora is busy tying up Medreleaf, makes perfect sense.

…and you heard it here first.

CORRECTION: A previous version of this post mistakenly stated that Canopy had brought on new directors. The company has not brought on any new directors since the past AGM. Recent hire Dr. Mark Ware is the company’s Chief Medical Officer, not a director. EG regrets the error.