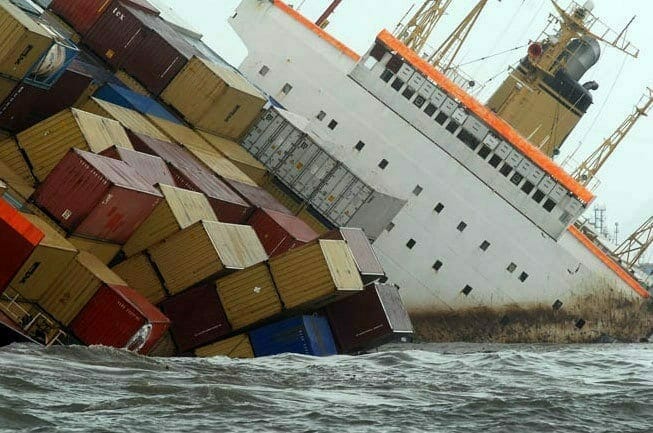 Yesterday, after Canada’s central bank did some hemming and hawing then kept rates where they were (1.25%) the Canadian dollar got a bit of a lift. When that happens, everyone usually wrings its hands and wonders what it’ll do to exports, but Canadian exports had enough to worry about.

The chatter that the United States would put trade tariffs on goods imported started a couple of weeks ago. It sort of got weaved in to worries about what a NAFTA renegotiation might do to Canadian auto & auto parts there for a while, then the news dropped today and made it real. Significantly, the US is going to take a 10% vig on aluminum and 25% vig on steel, starting Friday morning. Minister of Foreign Affairs Chrystia Freeland visited Washington to try and sort it out, but and came back empty handed, so Prime Minister Trudeau reacted immediately, pushing back “dollar for dollar” with tariffs on US exports and cried to press for a while about how close the countries were. He thought we were friends!

“That Canada could be considered a national security threat to the United States is inconceivable,” the Prime Minister said he announced the countermeasures. “For 150 years, Canada has been America’s most steadfast ally. Canadians have served alongside Americans in two world wars and in Korea,” he said.

“From the beaches of Normandy to the mountains of Afghanistan, we have fought and died together,” he said. “We came to America’s aid after 9/11 – as Americans have come to our aid in the past.

“We are fighting together against Daesh in Northern Iraq.”

It’s unclear if President Trump and the 18 trillion dollar economy he’s found himself governing heard or understood the PM.

These things aren’t an exact science

We had expected the post tariff action to be in the Canadian pubcos that produce aluminum, steel and steel additives like nickel, but it turns out there aren’t too many of those left. Canadian steel makers who aren’t private were sold long ago to big international conglomerates like Rio Tinto / Alcan, Vale and ArcelorMittal. Those stocks kind of shrugged at this, because the net effect is a difficult thing to project.

There are effectively two companies in the US who operate aluminum smelters: Century Aluminum and Alcoa. Between the 5 smelters they operate and production from scrap, the USGS counted a total of 4,400 tons being produced in the US in 2017. Between the aerospace industry, construction, building, electrical etc., the US consumed 5,980 tons of aluminum. They make total US smelter capacity at 2,000 tons. So, not counting scrap, the US won’t be aluminum self sufficient in the near term.

Both Alcoa and Century have smelters that could be re-opened, but they aren’t trading like that’s a serious or major opportunity. 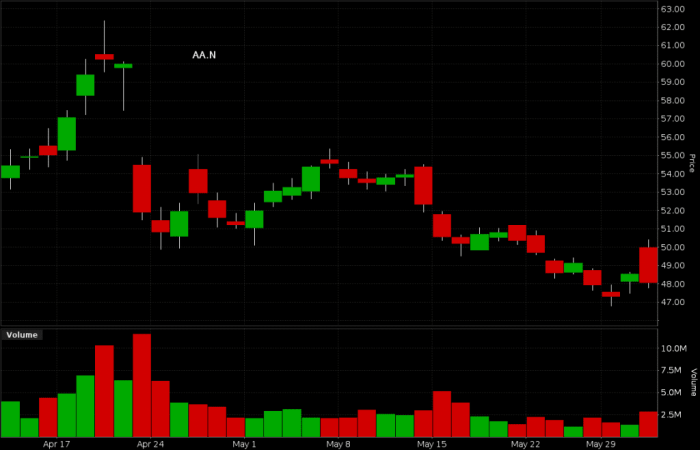 Alcoa isn’t trading like a company that just got a competitive advantage from foreign tariffs.

Time to call in a consult

Out of nowhere, the company with the most dollar volume on the TSX big board today was Motreal-based management consultant WSP Global (WSP.T). WSP was up $0.33 to $68.18 (+0.49%) on 6 million shares, about 15x its average volume. Their most recent news was earnings day, back on May 10th. They showed healthy margin that has to be baked in by now. The volume spike got the content bots a working trying to game google news. We won’t link them, but reading machine based analysis of volume traders has us a bit lest worried about being replaced by code. 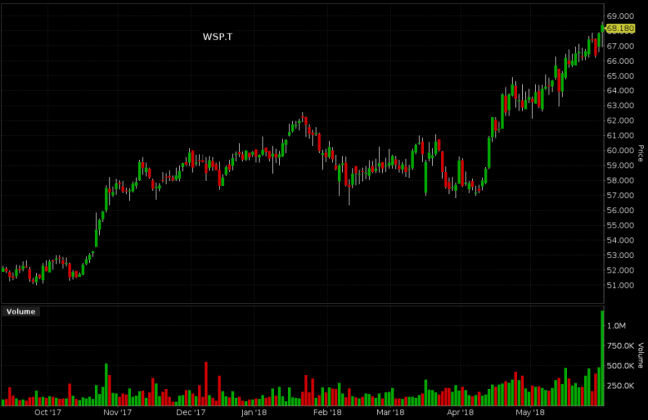 WSP is essentially the same size as US consulting firm Booz Allen Hamilton (BAH.N), with a 30% larger multiple, but a tenth the price-to-book.

WSP looks like it’s part construction company, part consultant. They run point on huge projects of all sorts: infrastructure, energy, mining, systems, etc. It’s the kind of company that would know how to work the middle between global buyers and sellers of steel and aluminium who just had the costing structures on their three year plans scrambled, and would gladly pay to get it sorted out and have it stay that way.

We’ve been covering the high volume action in Novo Resources (NVO.V) and neighbour Pacton Gold (PAC.V) all month, as a bulk sample being conducted by Novo was to give us an idea of the grade on a pebble conglomerate that’s clearly the next next Witwatersrand (another “next Witwatersrand” being sure to come the next time someone turns up a nugget in rock older than the Mesozoic era).

That sent Novo into a free fall. NVO lost $1.77 on 2.38 million shares to finish at $4.28 (which is still $0.68 better than they were when they started the bulk sample at Comet Well) and made for some VERY unhappy newsletter writers. Jay Taylor, John Kaiser and Bob Moriarty were all on Novo. We aren’t subscribers so we don’t have their early takes, but word in the slack channels is they expected more. 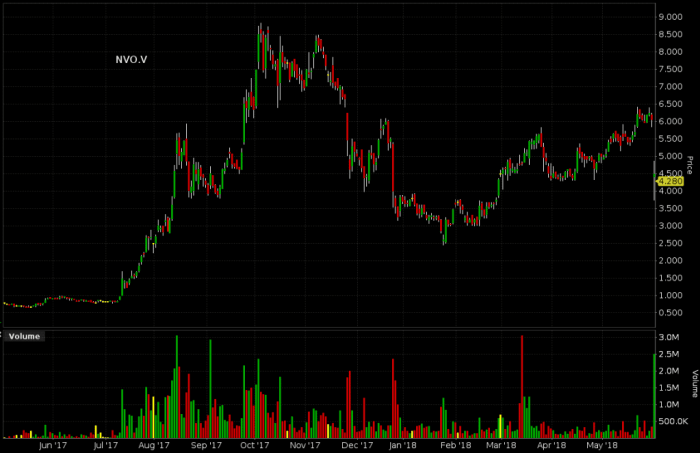 Novo took a nosedive when a 7 tonne bulk sample only returned $433/tonne rock.

Pacton Gold (PAC.V), who hasn’t sampled anything at Pilbara, did a whole lot worse. PAC lost half its market cap on Novo’s “miss”, closing down $0.39 at $0.46 on 21 million shares, about 10x its average volume. 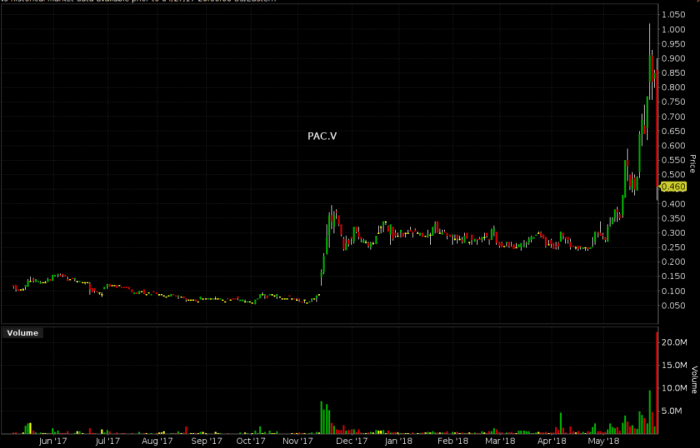 21 million shares is about half of the 43 million that traded on Pacton’s run from when their volume first got our attention May 3 to yesterday. The price difference over that period was $0.52, and with the neighbour’s messy hole project having finally quieted down, they’ll likely be carefully planing their own exploration. Very carefully.

Yeah, paleo-placer. Nothing processed. It’s the way our ancestors explored for gold before we adopted this sedentary lifestyle.

Everyone lost their mind there dreaming on values for a minute because Novo’s bulk sample back in August from another Pilbara pospect, Purdy’s Reward, kicked 87.7 and 46.1 grams of gold per tonne respectively, so 10.4 g/t must have seemed like a letdown. Those were smaller samples (each around 270 kg), but both Purdy and Commet samples were subjected to painstaking methodology, and that methodology was right up high in the mix when they made the press releases.

Gold mineralization is often subject to what is called the “nugget effect.” Simplified, gold has more mass than most other things, so it likes to settle in bottoms and clump up. Since gold is easy to miss (especially in diamond drilling) it’s hard to get a good idea of whether or not material is ore grade. As in any kind of sampling, the more material the better, which is why a bulk sample felt like the thing to do. Since the gold bearing conglomerate unit that Novo and JV partner Artemis are testing looks to be about 20 km long, they’re likely happy with these results even if the market isn’t. 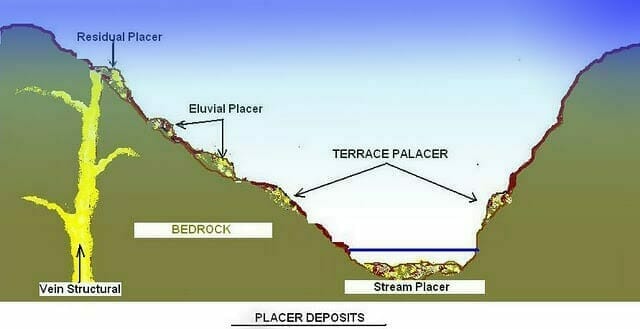 But that doesn’t make it easy. The nugget effect that makes sampling so difficult occurs on a macro scale for all of the same reasons that it happens on the scales we deal with in exploration sampling. Paleoplacer deposits (both proven and alleged) are created by not millions, but billions of years of weathering (Pilbara and Witwatersrand are both 3.5-4 billion years old). A few billion years of erosion washes mountains into the sea, but the gold deposits that used to be in those mountains hang around in the beds of the dried up rivers that were once the mountains’ exitway, because gold is heavy. It likes to nugget up in the spots where rivers bend and slow down. 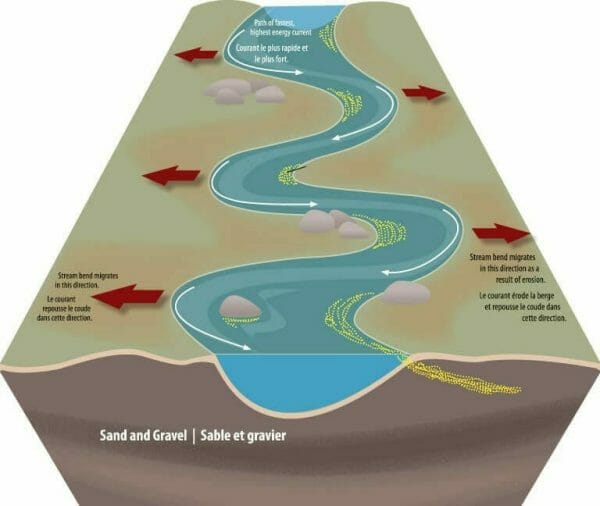 Diagram of the formation of a placer deposits.

Rivers like to move around, following the path of least resistance and changing course every now and then. As they do, alluvial deposits form from the load deposits that used to be in the mountains. The rivers form and re-form with the weather, washing the earth and and re-forming it again and again. The heaviest material settles, and is the slowest to erode. The copper, lead and tin eventually oxidize and erode away themselves. But gold never rusts. It just collects. 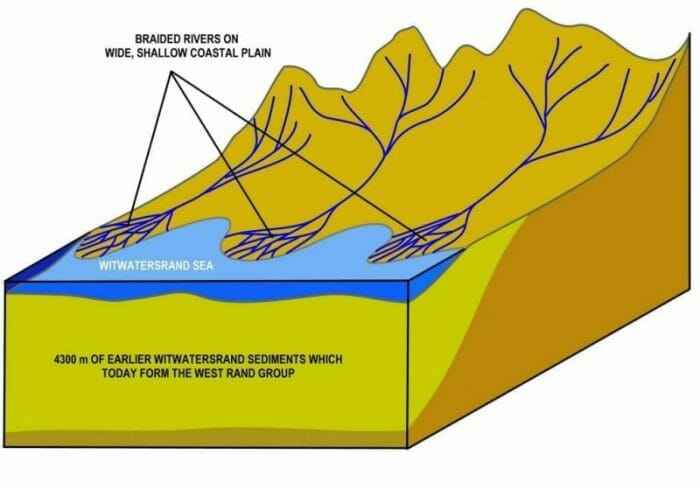 Eventually, the whole thing gets buried by younger rocks, then re-surfaced by faulting and erosion, so it isn’t exactly a clean process.

There is no way to tell which part of a billion year old riverbed any given conglomerate unit was, we just have to make educated guesses. The stories about prospectors finding nuggets with metal detectors got everybody’s imagination going, because the idea that there could be a Witwatersrand in Australia is the kind of things the gold exploration community likes to encourage. It makes for terrific action.

Both Novo and Pacton are significant landholders in the area, and the stories don’t hurt for press. Junkie goldbugs are looking at these sell offs as an opportunity to start legging in for the next run. They’re telling themselves that they’re going to sell into the hype when the next bulk sample is due to be reported, but know in their hearts that they’re just as likely to know that results are on the way and hodl!, all light headed from the thin air up at the top. 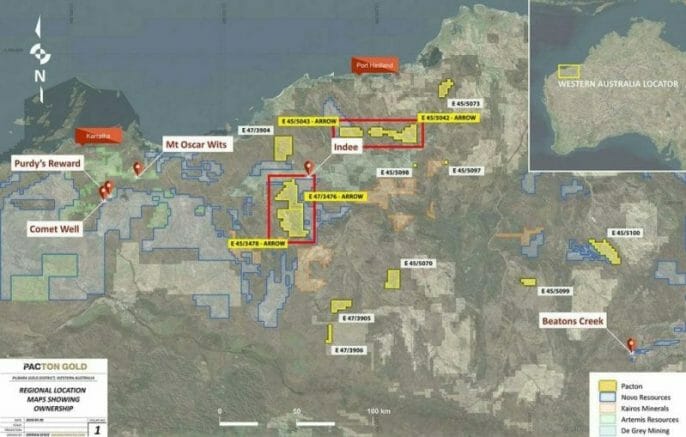 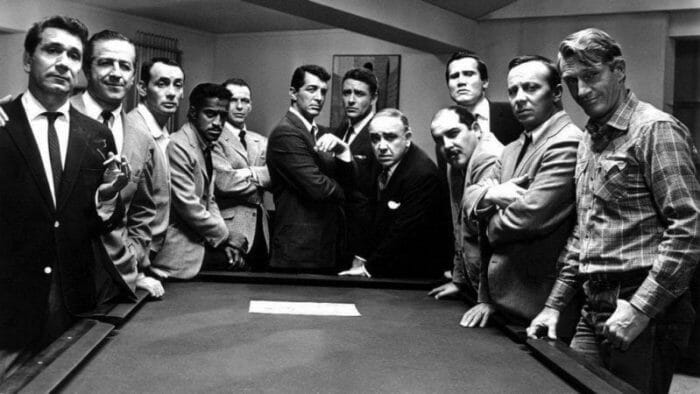