Here’s what happened May 23rd 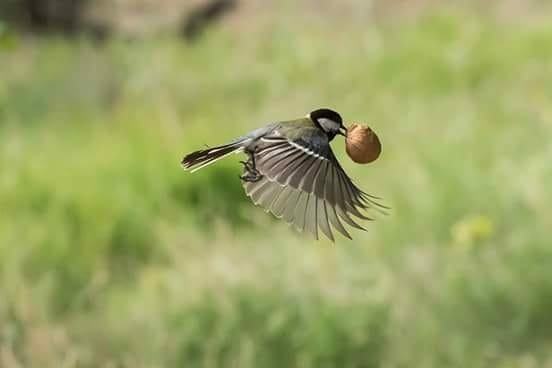 Aecon fails to get paid, it turns out the China Co was the issue

Kinder standing pat, no takers yet on gov guarantee

With nothing left to ruin, the Financial Post has pivoted to video

Here’s What Happened May 23rd

Canadian construction firm Aecon (ARE.T) was trying to get paid as it entertained a $1.5 billion takeout offer from China Communications Construction Co (CCCC), but is instead Mr. Lonely thanks to the federal government blocking the deal on national security grounds.

The writing was on the wall for the infrastructure company, as the market has been steadily discounting it since February. ARE was up $0.09 to close at $17.34 today, a $1B market cap.

The Globe and Mail managed to track down two former CSIS directors to explain why having a company that is 60% owned by the Chinease state government buy a Canadian pubco is a bad idea, but they weren’t giving out much in the way of material information, possibly because they’re professional spies.

“Allowing a Chinese state-owned company which is controlled by the state of China and does what the state of China tells it is not something we necessarily want to encourage,” Mr. Elcock said. “They represent the Chinese government on everything they do.”

It will be interesting to see if Canadian firms like $9.7B SNC-Lavellin Group or $2.9 billion Stantec become interested in Aecon.

So far, nobody is admitting they want to take the pipe

We’re loathe to write about the TransMountain pipeline expansion that continues to be the source of deteriorating inter-provincial diplomacy between BC and Alberta, and a few choice twitter wars for good measure. We carried an item on Friday about a puzzling and vague statement from the Minister of Finance, who asserted that a federal government guarantee of the project would be its own protection against taxpayer losses, because investors would be lining up to take the project over.

But The Globe and Mail is reporting that the line has yet to form as Kinder Morgan (KML.T)’s self imposed May 30th deadline looms. Dan Healing has usual suspects Enbridge (ENB.T) denying that they’re interested, and TransCanada Corp. (TRP.T) declining comment.

Wile an expanded TransMountain pipeline would certainly be a steady revenue producer its eventual operator (capacity of the 60+ year old pipeline would triple to 890,000 barrels of diluted bitumen a day after its renovation and twinning), it could mean a whole lot more to the oilsands operators who are counting on it to carry the product from brownfields and greenfields expansion in Alberta’s bitumen producing areas. The Globe also has $17B Cenovus Energy (CVE.T) declining comment on interest in the project, and fingers them as a committed shipper on the TransMountain. 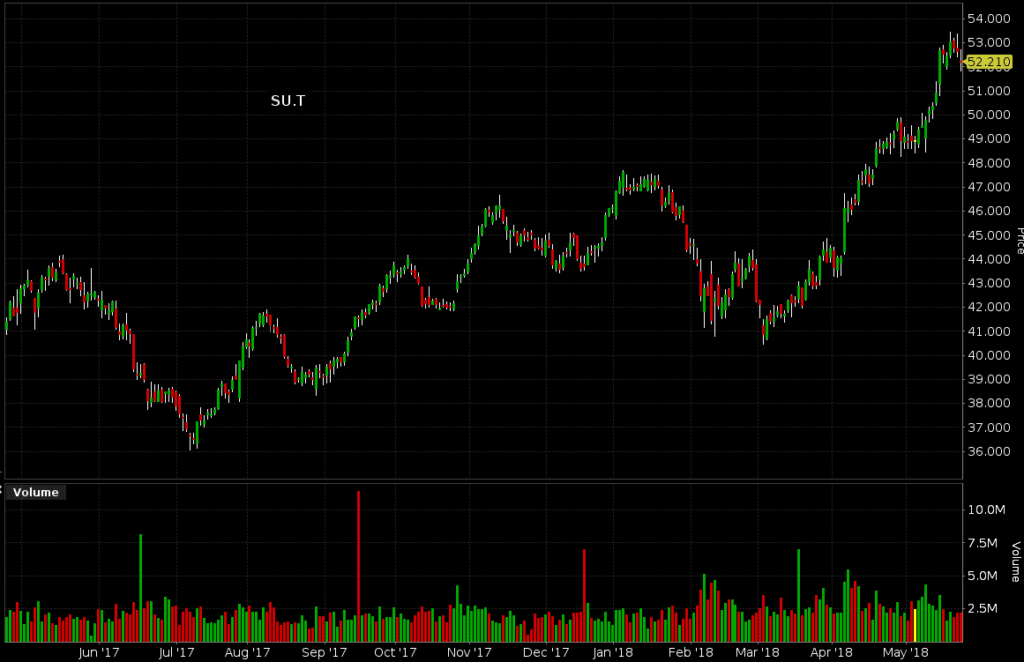 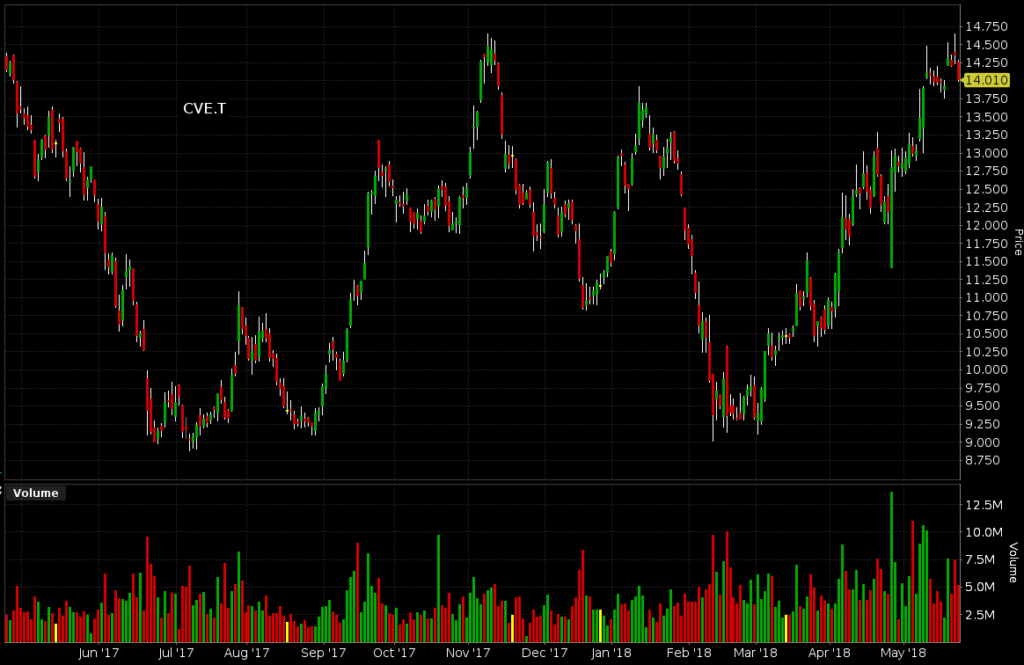 Canadian Natural Resources (CNQ.T) and Suncor (SU.T) derive a good portion of their combined $ 143B in market cap from bitumen reserves in the Athabasca, and those reserves are about as valuable as the company’s ability to dilute them and ship them.

Print is dead: Postmedia pivots to video to keep up with the hottest trends of 2017

EG Here’s What Happened‘s daily cut and paste news gathering session was thrown a curve ball this morning when we learned that our favourite punching bag The Financial Post had changed formats. The Post appears to be making a running jump at the long departed “pivot to video” bandwagon.

Postmedia’s new departure from the written word greets users with a youtube-style hero-frame layout; a featured video and another sidebar full of other videos. Unlike the majority of the surviving news, these videos are produced in-house. Post videos come in one of two flavours:

1) A young in-studio anchor reading a headline from wire copy, then asking some in-studio or live-via satellite guest a series of shallow questions and getting boring answers, and

2) A series of “explainer” style bullet points superimposed (in text) over top of topical stock footage, all set to the very same music. (We aren’t kidding. The Vox imitations that purport to explain NAFTA, how to complain about flight cancellations that might happen as a result of the WestJet strike (groundbreaking!), and why consumer debt is so high are all set to the exact same stock music.)

To be fair some of their magazine-style productions with in-studio experts do eventually get to an enriching point, but we’re sceptical that anyone is going to sit through them for long enough that it lands. At press time, yesterday’s NAFTA explainer vid had just over 1,200 youtube views, and a well-produced but shallow vid about the height of wind turbines that went out today had 56. We would have liked it to contain more information about the business of running a wind turbine, but The Post had a lot to say about their height.

Financial Post’s in-studio analysis of the Canadian cannabis market is filmed in a low light environment, might be intended as a sleep aid. The video has 1,600 views since May 16th

The “pivot to video” move was roundly mocked in September of 2017 when it drove away the audience over at Fox Sports, and the publishing cognoscenti have been making fun of it ever since. As the LA Times pointed out in December of 2017, video content is a sure way to ensure that a publications ad dollars arrive only after being handled by Youtube owner Alphabet inc (GOOG.N) or Facebook (FB.N), controllers of the only video distribution services worth using. It’s almost like Postmedia forgot who drove them and the other newspapers out of business.

As obnoxious as a lack of print reporting in the business section is, Postmedia’s major mistake is failing to realise that it isn’t the medium that’s the problem here. People watch videos and read printed news all the time, and the factor controlling the distance that content travels and number of people it reaches isn’t the format so much as the quality. The Post has been cranking out the same pandering garbage since it was a Conrad Black property. They don’t seek out original voices or do quality reporting and it really shows up in the form of content that nobody wants. 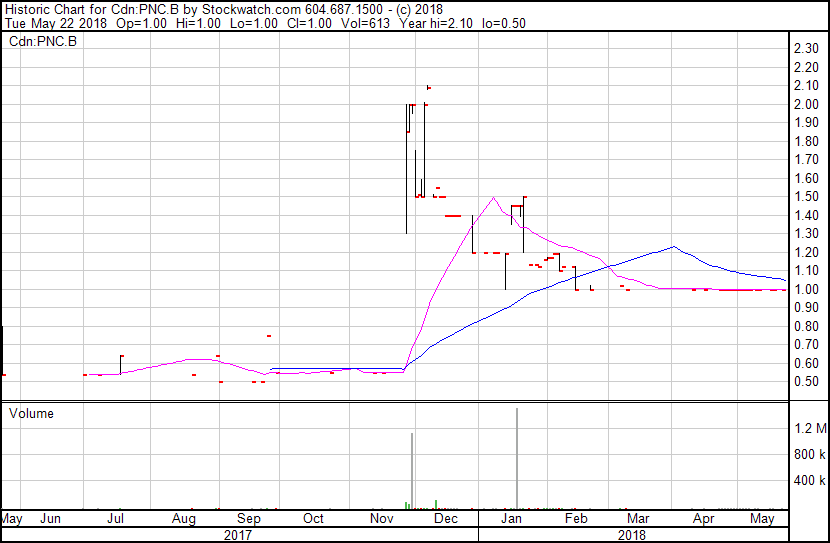 $750M Postmedia booked $157 million in revenue last quarter to lose $1.2 million after some fat charges related to a never-ending re-structuring and debt servicing. Postmedia is swimming in $285 million worth of mixed secured and unsecured debt, much of which is owned by New Jersey based Chatham Asset Management, who is piling up in-kind distributions from Postmedia at a rate that probably has them terrified that they may one day have to own this mess.