We first wrote about Hashchain on December 18, 2017, the day KASH began trading on the TSX Venture Exchange.

“HashChain is focused on mining Dash and Bitcoin cryptocurrencies,” we wrote, “The company is currently operating 100 Dash mining rigs and it has purchased an additional 770 Bitcoin rigs which should be up and running by January 2018.

The euphoria was short-lived. 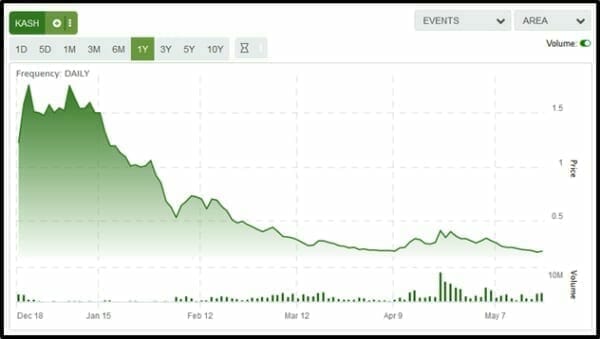 Blockchain and cryptocurrency-based stocks have been in a sector-wide funk.

“The recent acquisition of NODE40, and establishing of DASH masternodes was good business,” wrote Parry, “But the market didn’t get it. And the fact that they’re mining DASH gives them a nice hedge against the Bitcoin apocalypse.

I hold a bunch of KASH stock and have, at various points over the past month, let my finger linger over the sell button. I’ve yet to pull the trigger on that sale because I believe there’s a plan here, and because the valuation is so darn low.

The news did keep coming.

On May 9, 2018, HashChain announced that its cryptocurrency accounting software, Balance, will “support the Bittrex exchange, allowing quick and secure automated digital currency financial reporting for their users”.

Balance is a Software-as-a-Service (SaaS) product that allows cryptocurrency users to generate a fiat denomination ledger from blockchain, and to report capital gains and losses.

Users can directly upload their wallets or accounts on the aforementioned exchanges, where Balance calculates exact values of each transaction and tracks the cost basis and days carried. Once the gains and losses are calculated, the software automatically details the information on a worksheet that can be shared with a CPA to file with other tax items.

Question: “Why would any investor want to report crypto profits to the tax authorities?”.

Answer: because they have to.

For tax purposes, the IRS considers digital currencies to be owned property rather than legal currency, and, as a result, subject to taxation.

“We will continue to build upon our Balance solution, adding new exchanges and functionality to ensure that every coin holder has simple and secure means of reporting their gains and losses to their respective government entities,” stated HashChain CEO Patrick Gray. 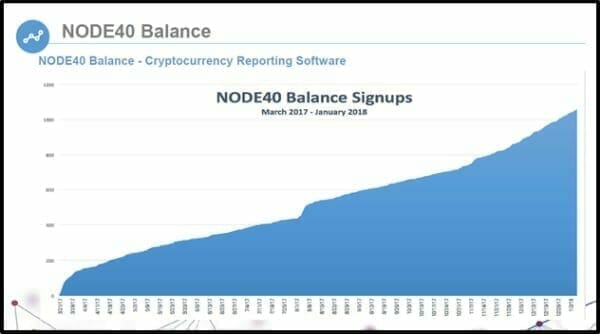 “Not only are we able to reap additional block rewards from being a Masternode,” stated Gray, “We also gain voting rights on how Dash finances its own growth. We continue to be an avid supporter of the currency and its potential for the global economy.”

On May 17, 2018 HashChain announced Balance will also support the GDAX Exchange – a trading platform backed by the New York Stock Exchange (NYSE), Andreessen Horowitz, Union Square Ventures and others.

“In just a few months, we’ve added 4 of the most highly trusted and widely-used exchanges to advance our goal of providing simple and accurate cryptocurrency accounting to all users,” stated Gray.

On May 22, 2018 KASH announced the acquisition of NodeMonitor.io, a service that tracks and monitors incentivized blockchains using Masternodes as a component to verify transactions.

A recent Forbes Magazine article stated that “one of the difficulties of continuing with a value-backed currency like the original U.S. dollar is the logistical nightmare. Keeping an up-to-date record of how much currency is in circulation, who owns what and how much gold is needed to back the paper money can be a difficult task.”

With blockchain technology, economies as a whole are able to relieve those pain points.

At Equity Guru, our objective is to put stocks on the watch list before they get hot – and tell the stories as they go higher.  With this company, we did not meet our own standards.

But cryptocurrencies aren’t dead yet.

The company has a current market cap of $23 million.

Full Disclosure:  HashChain is an Equity Guru marketing client, and we own stock.  We’re patient with KASH because the CEO, Patrick Gray is competent and accountable – and for the most part – the company has hit its milestones.