On May 15, 2018 First Cobalt (FCC.V) announced it has “expanded its review” of muckpiles to include “3rd party material from the Canadian Cobalt Camp”.

In a recent article, we pointed out that these two companies are such close neighbours that their fates are destined to become intertwined. 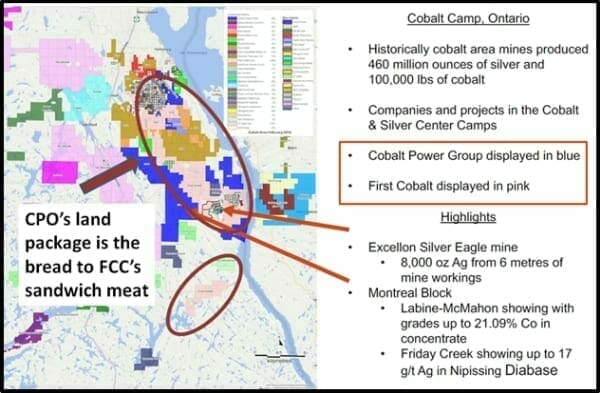 In the 1980s, Agnico Eagle (AEM.TSX) operated a silver mine just north of the Ontario Cobalt camp.

Gather round kids: back then, when people needed electricity, they used to attach their electrical devices to the wall with a cable that delivered electricity from hydro-electric dams. 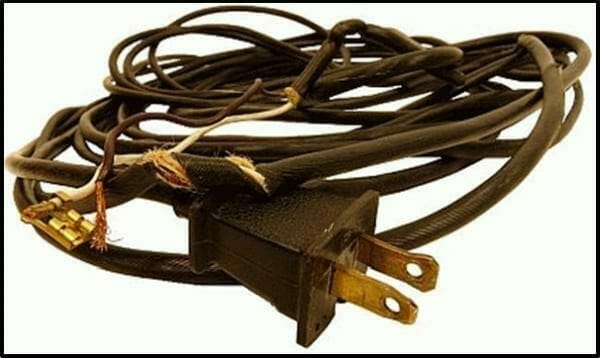 So Agnico Eagle abandoned the cobalt in its extract and tailings.

Then the whole world went mobile.

In the last 25 years – rechargeable battery cobalt consumption has increased 5,000%.

FCC’s historical muckpiles are believed to be pregnant with cobalt.

The excitement about cobalt has sent FCC’s stock price on a 2-year tear (it’s up about 700%). 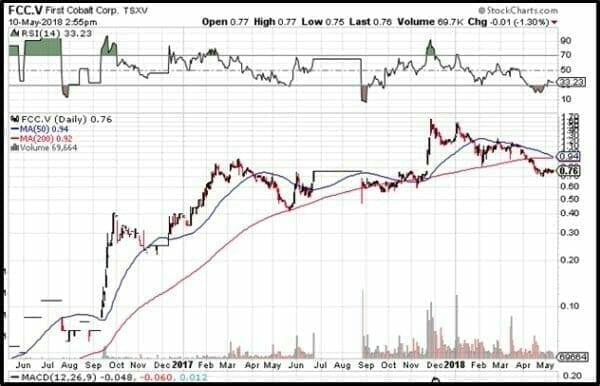 According to the press release, the “expanded muckpile review is intended to assess processing opportunities using the First Cobalt mill and refinery complex.”

First Cobalt and Cobalt Power will collaborate on a review of historic waste rock on Cobalt Power’s land package to identify its suitability as potential feedstock.

“We welcome the opportunity to work together with our neighbours in the Camp towards the objective of accelerating our timeline to potential production,” stated Trent Mell, First Cobalt CEO.

First Cobalt’s 2017 sampling program is intended to “provide insights into the distribution of cobalt, silver, nickel and copper from underground waste material brought to surface at historic mining operations.”

FCC has agreed to share its methodology with Cobalt Power in the hope of identifying feedstock for processing using the mill equipment and the First Cobalt Refinery.

Most of the historic mines in the Cobalt Camp were narrow underground operations and muckpiles that did not contain high-grade silver ore were discarded.

Recent select FCC sampling programs have returned grades of up to 3.9% cobalt, up to 1.63% zinc, and up to 4,990 g/t silver from the Juno and Drummond mines.

Processing high-grade ore that is laying on the surface is the holy grail for mine developers.  The ability to quickly generate cash from stuff that’s lying around – radically changes the economics of a mine.

“FCC’s facility is fully permitted for processing feed containing elevated concentrations of arsenic, such as those from the Canadian Cobalt Camp, the Idaho Cobalt Belt and elsewhere in North America.”

As Greg Nolan recently pointed out: FCC has received fairly extensive coverage here at Equity Guru, and for good reason. FCC is on a mission to build the largest pure-play cobalt exploration and development company in the world. 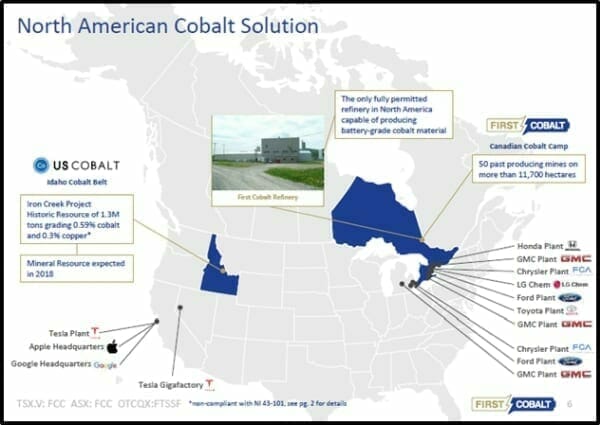 On March 14, 2008 Equity Guru’s Chris Parry wrote, “We’ve been saying it for a while now, but First Cobalt (FCC.V) is a straight up mega beast, and today’s news, that they’ll be taking out US Cobalt (USCO.V) is further evidence of that.”

On March 1st 2018, two weeks prior to the announcement of the takeover, US Cobalt released drill results from OUTSIDE their current (historic) resource at Iron Creek. A highlight hole from that release contained the following assays:

On March 23rd 2018, shortly after the takeover was announced, US Cobalt released another set of assays OUTSIDE the Iron Creek resource:

“To give you a rough idea how a cobalt deposit like Iron Creek stacks up against deposits containing other metals,” wrote Nolan, “.60% cobalt is the approximate grade equivalent of a gold deposit sporting 12.5 grams per ton.”

The formal mining definition of muckpile is “the unwanted material, especially rock or soil, that must be excavated in order to reach the valuable ore.”

Being “unwanted” can be a transitory state.

Cobalt is so hot that FCC and CPO are salivating over muckpiles.

FULL DISCLOSURE:  FCC is an Equity Guru marketing client.  CPO used to be. We own stock in both companies.