The world is going mobile (and electric).  For this reason, there is a ravenous appetite for battery ingredients like lithium, nickel, graphite, manganese – and cobalt.

There’s an extra kicker to the cobalt demand driver – because most of the supply currently comes from the Congo – which has a child labour problem.  It’s causing big cap companies to search for new cobalt supply lines. 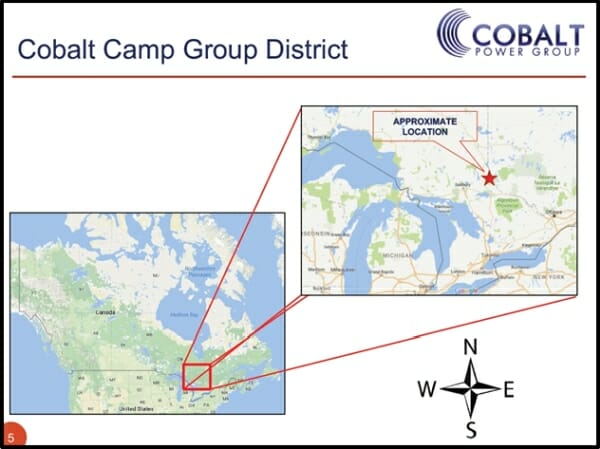 According to the press release, “These holes were successful in extending the mineralized strike length to over 400 m from the western property boundary.”

“This drill program has added significantly to our knowledge of the mineralization in the Smith cobalt area and will allow us to plan more focused drilling for the next phase”, stated Chris M. Healey, P. Geo and VP Exploration.”

When geos talk about “adding to their knowledge” (rather than adding to the size of a resource), it suggests the results were less than eye-popping.

We chatted with the new CEO, Greig Hutton who confirmed that the results were “not company-makers” but advanced the “proof of structure”. 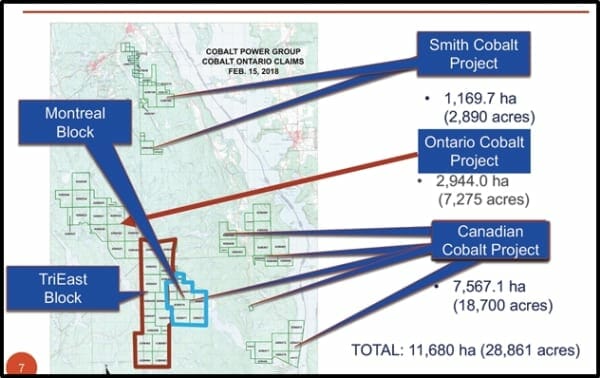 Because drilling is so expensive, Hutton intends to run a massive air-survey over the entire CPO Ontario property using drones – before finalizing more drill targets.

“The advantage of a drones is that they can fly lower,” stated Hutton, “And it’s easy to tighten up the spacing.”

CPO plans to run its drone survey in a grid on 25-meter spacing – looking much closer – in the search for cobalt-rich veins.

The Western Cobalt claims are contiguous with UEX Corporation’s (UEX) West Bear Cobalt-Nickel Project that recently announced drill results including 2.0% Co and 1.26% Ni over 10.5 meters and 0.73% cobalt and 0.36% nickel over 20.5 meters.

With the tailwind of surging cobalt demand – and tight supply – you could probably spin Western Cobalt off into a separate investment vehicle. For CPO investors, the near-term stock price catalyst is going to come from the Smith Cobalt project.

Part of this is because of the success of it’s neighbour, First Cobalt (FCC.V).

As Chris Parry wrote on March 14, 2018, “If you’re looking to watch your stake grow over years, as cobalt shortages bite and a renewed focus on responsible supply drives companies away from the DRC, First Cobalt is legit, and its $200m market cap is far below value.” 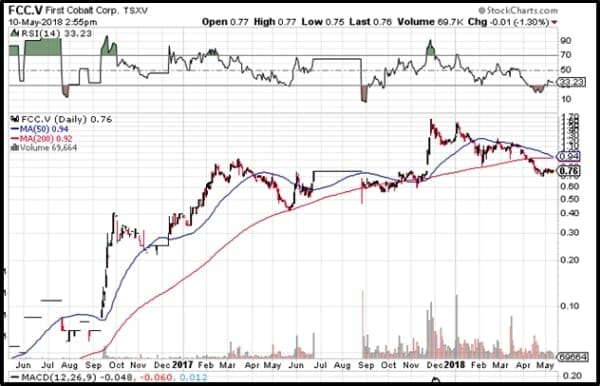 Why does FCC’s success matter to CPO shareholders?

It’s called Closeology (staking land close to an existing high-grade project).  In CPO’s case, they are so close and cuddly – there is a danger of accidental impregnation. 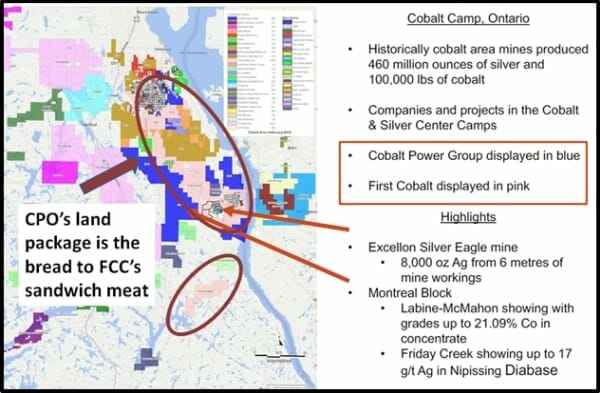 There is another pertinent CPO subplot:  the strategic alliance with a $1.1 billion company, Hochschild Mining (HOC.LSE).

HOC has extensive experience in commercially exploiting steeply dipping, narrow epithermal veins, like those found in the Cobalt Camp.  They have a $150 million cash lying around and an army of geologists which CPO can tap into.

The cobalt producers called it a “low ball” and no deal was done.

FULL DISCLOSURE:  Cobalt Power Group was an Equity Guru marketing client.  FCC still is. We own stock in both companies.