Here’s What Happend May 4th 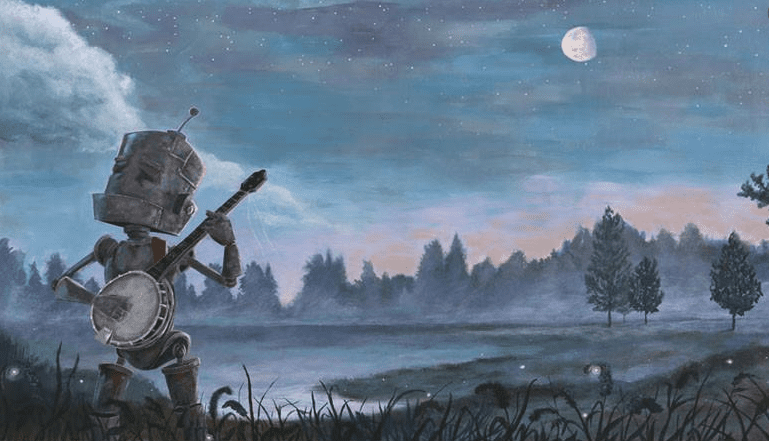 Aecon pulls out of Bridge Bid, but ChinaCom is NOT The Issue Here, Dude.

Selling The Ability To Sell: Namaste Continues to Do Volume, HEre Comes PBX

Venture Resource Companies That Stand Out Without Trying.

Here’s What Happened May the 4th:

Tesla Motors (TSLA.Q) was up $9.64 (+3.4%) on the day, recovering part of yesterday’s post-earnings-call pummelling (off -5.8% May 3 on 17 million shares) that came in the wake of CEO and self-styled benevolent super-villain Elon Musk cutting off analysts for having the audacity to ask about when his car company is going to be delivering cars, and if they will make money off of those cars. The Financial Post reports that Elon responded to questions about the company’s capital requirements, and state of orders for the much anticipated Model 3 by saying:

“Excuse me. Next. Next. Boring, bonehead questions are not cool. Next?”

Which is bad manners, but not even close to the meanest thing ever said on an earnings call. Jeff Skilling famously called an analyst who pointed out that the Enron did not publish a balance sheet or cashflow statement at earnings time an “asshole.” Skilling, currently a resident of a US Federal Prison Camp in Montgomery, Alabama, could not be reached for comment.

Toyota allowed the Canadian Federal and Ontario Provincial governments to make a big, showy event out of building a $1.4 billion expansion to their Cambridge ON plant. The company will build more conventional, gasoline powered Rav4 SUVs there and move the production of the Camry to the US.

China Coms Deal for Aecon Group Not Yet Locked Up

We’re ‘steady tryna find the motive’ for the pullout, but the company asserts that it is in no way related to the government review of the company’s $1.2B takeover by Hong Kong based China Communications Construction Co. The deal is currently under government review on national security grounds. ARE.T had a modest gain on the day and traded about its average volume as it continues to ride the middle ground of the gap between $16 and $19 that was created by the takeover announcement.

Cannabis activity continued, as weed or weed-like stocks accounted for 4 of the top 10 volume traders on the Venture. Number one was vape maker and Chris Parry punching bag Namaste Technlologies (N.V), who did 5.5 million shares to lose $0.08 (-5.3%) and close at $1.44.

The Vape maker announced a $12 million deal for “leading AI and machine learning company,” Findify AB on Tuesday, as pubcos’ twin obsessions with having computers do their thinking and expanding sales volumes continues.

Popular among cannabis investors at the moment is the concept that the mature market’s largest margins will be owned by the businesses who can create the most popular cannabis products and deliver them to consumers in volume. That paradigm fits the natural order of things in the mature liquor and tobacco businesses, where industry giants like Philip Morris and Bacardi buy stock from bulk producers, handle the packaging branding and marketing, mark it up, and do volume.

And having a piece of a company that owns a coveted, trusted brand and or a familiar and trusted way to get it to the consumers is an attractive proposition. Namaste appears to be telegraphing an ability to become an online retailer of cannabis (eventually, assuming such a thing is allowed), as well as an ability to figure out what its future customers want before they figure it out themselves with computer code that is just short of prescient.

Notional value created by future sales explosions are all the rage in growth stocks at the moment. Powerband Solutions Inc, fresh off an RTO of recently rolled back Marquis Ventures Inc., did 1.1 million shares today to close up 2 cents (+6.9%) at $0.31 a few days after telling investors that their software platform automotive-remarketing ecosystem is going to make it way easier to buy and sell used cars, before moving into other market classes like commercial fleets, bikes, etc. PBX showed incredible restraint by not claiming to use machine learning or AI to move the cars.

Namaste, on the other hand, would have us believe that Findify’s ability to increase “conversion rates, retensions and referrals,” is going to make them the number one contender to be the weed middle man. As a pitch for the equity, it might just work. The language of marketing has become the sacred text of a modern pseudoreligion among a Tim Ferris worshipping crowd. They dream of passive income from web businesses affording them the independence that comes with working smarter, not harder, and consider the effect of every action on their personal brand.

Namaste’s narrative hits e-commerce people right where they live. N.V already has retail-insider.com calling them “The Amazon of Cannabis,” and a poll may determine that their hivemind is certain that AI and machine learning are the next thing.

It’s very believable that selling each other more stuff will be one of the first practical applications of AI, mostly because it’s hard to imagine its application to pornography. But actual, usable AI and machine learning may be a bit further off than the average marketing webinar attendee thinks. Google Researcher Ali Rahimi recently told a Vancouver crowd that it was effectively a form of alchemy. In short, machines do learn, but not reproduceably. Some algorithms work and others don’t, and nobody has been able to reliably tell what makes the difference. That cuts down on the practical applications for the moment, but never mind the details. Venture capital is about the FUTURE!

Resources Staying Under the Radar

On a day like today, a Friday with light news, as the TGOD aftershock makes its way through the larger pot stocks and sucks up the restless trading attention, we took note of which resource companies were still trading volume. Companies still doing volume on a May Friday with no big company or industry news are usually professional operators whose markets are well managed, and know how to get and keep the attention of the street.

Only two resource companies made the top 10 volume traders today. Australia-based Pacton Gold (PAC.V) did 1.6 million shares to continue to track sideways, gaining two and a half cents (+7.7%) and closing at $0.35. The $21 million market cap company announced Tuesday that a previously announced $4 million private placement will become a $5.5 million private placement due to popular demand. We haven’t spoken to anyone at the company and don’t own any stock, but Pacton is giving us the impression that it has a population of true believers. They’re exploring some gold belt in Western Australia, and we haven’t looked at it too closely.

Vancouver oil producer operating in Mexico (and EG marketing client) Renaissance Oil (ROE.V) had another strong day, closing up half a cent (+2.1%) at $0.24 on 1.1 million shares. The $77 million market cap oil and gas producer is coming off a steady earnings release Tuesday, in which they talked up their push into new blocks, and higher netbacks from existing operations.

Each of these resource companies have an un-embarrassing web presence that communicates their story clearly, and isn’t something a shareholder might be embarrassed to show their friends. In short, they really know how to manage their brand!

Have a good weekend, and May the fourth be with you.