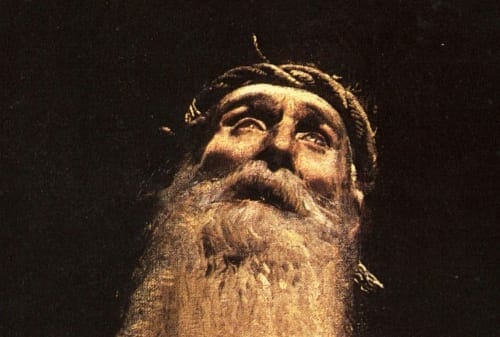 Job was an amateur prophet who lost all his money and his children.

Then his body was ravaged by herpes. Three friends dropped by and told him he was a loser.  His wife refused to have sex with him. When he complained – she had a remedy: kill yourself.

Throughout his trials, Job patiently endured.

This biblical anecdote will come into focus shortly.

April 04, 2018, Tinley Beverage Company (TNY.C) announced that it has “produced an initial batch of its Tinley Cocktails cannabis margarita.”  TNY spiked 14% to .80 on 2.3 million shares traded.

The “unnamed licensed distributor” had “agreed in principle” to carry Tinley cannabis-infused products throughout California.

That distributor now has a name:  CMX Distribution.

According to the April 19, 2018 press release, CMX has taken delivery of an initial batch of the Company’s first two cannabis-infused beverages.

CMX is based in Costa Mesa, California, and distributes cannabis products throughout the State via a network of affiliate warehouses. It is in possession of both state and local distribution licenses in the Southern California metropolitan area.

The distribution deal wasn’t done on a whim. California’s current cannabis regulations require that initial products must be distributed through licensed distributors.

So, what’s the initial production run you ask?

None of the above.

According to the press release, these initial batches are “for product feedback, logistic/supply chain control and verification, and additional forms of structured and lifestyle product testing.”

In other words, Tinley has no product ready for mass distribution.

Questions: 1. Should investors be concerned?  2. Is Tinley dithering?

From the messages we are receiving, TNY investors are not clamoring for a quick commercial roll-out (the stock trades at a robust .88 with a market cap of $75 million.)

On the April 19, 2018 Stockhouse Bullboard, Tinley investor “Ned Stark” weighed in on the company’s prospects. [edited for length]:

“Bars, restaurants, sports arenas, are all familiar and experienced with distributing and selling liquid ingestible packaged goods,” wrote Stark, “They aren’t going to start selling oils, shatter, and other concentrates so that their patrons can smoke in their facility. They will sell drinks that are easily stored in their fridges or on their shelves beside their alcohol counterparts.  Don’t get me wrong, it is going to take years to get to this point because of both social and political roadblocks…but there is no doubt that it will get there.

Beverages will become the most widespread method of cannabis consumption in the future.

Stark and other Tinley shareholders are correct that pre-launch diligence is required.

According to the Harvard Business Review, 75% retail products fail to earn $7.5 million during the 1st year. Less than 3% exceed 1st year sales of $50 million.

Here’s the challenge: U.S. consumers typically purchase the same 150 items, over & over.  Getting them to cut their teeth on a new product isn’t easy.

These are the most common reasons new products fail:

Tinley isn’t making any of these mistakes.  That doesn’t mean they’re going to conquer the world. It just means they’re not idiots.  History suggests that a cautious approach is correct.

As Chris Parry recently wrote, Tinley closed a $5 million raise – at a 28% premium to the market.  That means some players – who bet big and don’t like losing – think TNY is going a lot higher.

Equity Guru principal Chris Parry first wrote about Tinley Beverage (TNY.C) on Oct 2, 2016, when it was trading for .12.

As we wrote late last year:  “there is an opportunity brewing in the weed space for beverage companies.”

It doesn’t take a genius to predict that when these two mega-trends collide someone is going to make a shit load of money.

TNY investor Mr. Stark – like Job – is serenely focused on the long-term horizon.

Patience – they say it’s a virtue.

Full Disclosure:  Tinley is an Equity Guru marketing client and we own stock.