Resources stocks surged in Australia and China on Thursday. Aluminium prices reached their highest since 2011, nickel jumped the most in 6-1/2 years.

Base metals like aluminum, copper, lead, nickel, tin and zinc – have been rallying for a year [see chart below], 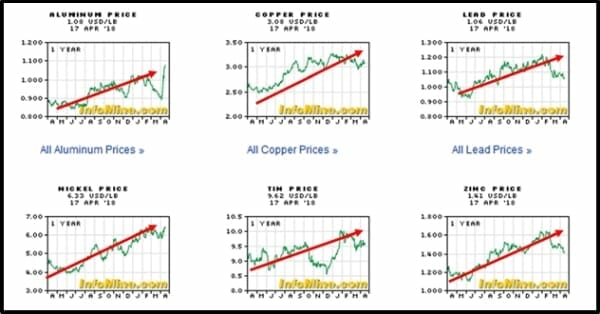 The Federal Reserve admitted on Wednesday that there were widespread reports in March “that steel prices rose dramatically, due to the new tariff.”

Meet Vanadium – an obscure metal on an absolute tear

Vanadium is a steel-blue metal used in the manufacturing industry owing to its malleable, tensile and corrosion-resistant qualities.

Vanadium is traded in two forms:

With prices like that, it no longer ends up in the tailings pond.

Blue Sky Uranium (BSK.V) appears to have stumbled on a significant amount of Vanadium in Argentina. 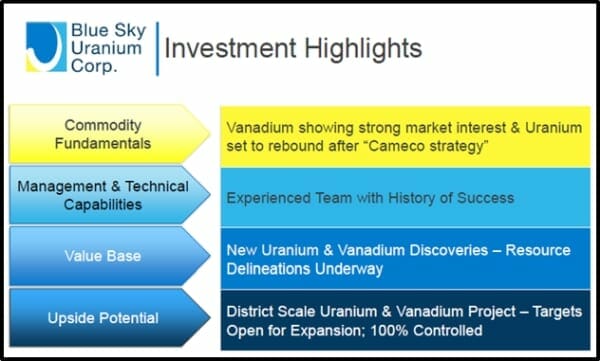 We are not suggesting that the company will be renamed “Blue Sky Vanadium” – or change its primary business model (developing a uranium deposit).

The Vanadium discovery is a bit like finding a BitCoin in the pocket of your favorite jacket in 2014.  Every day it’s worth more than it was the day before.

It’s distracting – in a good way.

In fact, the uranium and vanadium are chemically tied together in the deposit – so it’s not going to be one or the other – it’s going to be both.

On April 18, 2018 BSK announced that is has filed the NI 43-101 Technical Report to support an independent mineral resource estimate for the Ivana Deposit at the Company’s 100% owned Amarillo Grande Uranium-Vanadium Project in Rio Negro Province, Argentina.

“Our initial view of the size of the Ivana deposit was surpassed with this resource estimate,” stated Nikolaos Cacos, Blue Sky President & CEO.

The Ivana mineral resource estimate is the first for the Amarillo Grande Project.

The deposit eats up about 7,000 hectares, in the southern portion of the 14- kilometer uranium-vanadium exploration trend.

The Ivana Deposit is only about 2.5% of the total property area.

Once the current metallurgical work is completed in H2, 2018, BSK plans to commission a Preliminary Economic Assessment (PEA) for the Ivana deposit.

There was a recently an obscure piece of news out of China that could catalyze further increases in the spot price of vanadium. 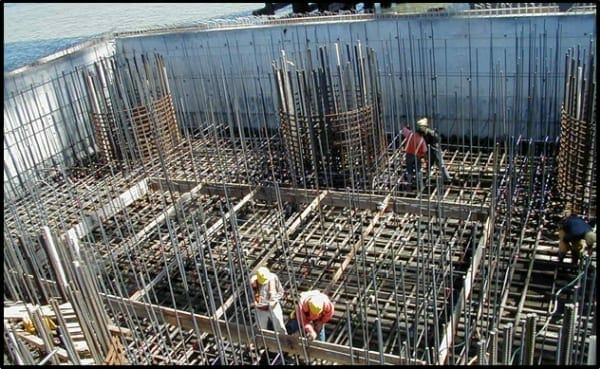 But the uranium remains the A-plot.

You see, the Argentine government has expressed public support for the development of a domestic uranium supply to service its expanding nuclear energy program.

Blue Sky’s uranium projects are being developed with Dr. Jorge Berizzo – a former mine manager with the Argentinean National Atomic Energy Commission.

“In Argentina, we have first mover advantage,” confirmed Cacos in a previous Equity Guru interview. “We have 25 years of Argentina mining experience.  All levels of government have been great.  Never had a problem.  We share the wealth with the locals, and we’ve never had issues getting permits.”