CUV Ventures (CUV.V): What if you built a bank while nobody was looking?

when you ask Steve Marshall, CEO of CUV Ventures (CUV.V) about Cuba, he says, “It’s a lovely place. Great people. Lots of opportunity.”

He used to, but the world has changed a little. Pre-Trump, Cuba opening to the world was the next big thing. But now, in the Post-Trump era, the doors aren’t opening so fast. And a public company can’t wait for an election cycle to roll over before it does business.

Scratch that – he didn’t pivot, he widened his scope. Instead of becoming Cuba’s financial middle man to the world, the newly titled CUV Ventures has a bigger plan.

Marshall had an investor conference call last week that maxed out the 800-caller limit, and which went for two hours.

A two hour investor call? That’s madness, but if you get an audience with Marshall, it’s actually par for the course. From the moment he walks into the room, The Marshall controls it. He has a plan, and the plan is deep, and the details are many, and the stories roll hard.

I sat down with him for a half hour chat not long before that call and: 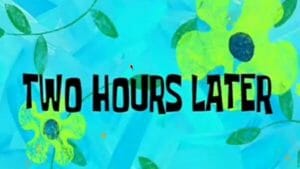 And I’m not talking ‘drunk uncle at a wedding’ rolling, or ‘forgets he told you that story twice already’ rolling, I mean ‘my fingers hurt from all the notes I took and he’s got more points to make and, at some point, I wonder whether I have the savings to quit my job and just be his intern for a year.’

The places he’s been and the things he’s done and the plans he’s made… I wouldn’t be the first person to point out, this may be the most interesting man in the world.

The challenge with that, from a markets perspective, is that Joe Portfolio-Humper doesn’t want to read through 2000 words analyzing his plans. They need a catchphrase.

Try this one, and accept my apologies if foul language makes you feel sad:

Western Union (WU:NYSE) is to the financial world what Blockbuster was to video rentals. You may have to use them, and you may suck it up and pay their ridiculous fees while there’s no other way of doing business, but one day there’s going to be an alternative and you’re going to dance on their flaming corpse as they melt down.

Marshall is putting together that alternative, and he’s doing it with added revenue streams and a self contained financial loop that will encourage users of one vertical to do business with the next.

If you want to get stuck into the minutiae, it’s all here on the conference call summary which, in itself, could use a summary.

Revolupay is an app being developed by CUV. It’s nearly done.

Let’s say you want to send money internationally to someone in another country. Revolupay will allow you to convert your local money into a token denomination owned by CUV and tracked on the blockchain. That denomination – some might call it a cryptocurrency – will be transferred to the person you want to send money to, then converted back to their local currency when they install the Revolupay app on their own phone.

IF THIS WAS ALL CUV HAD PLANNED, YOU WOULD BUY THE STOCK BECAUSE THAT PLAN IS EASY, NEEDED, AND WOULD BE PROFITABLE AND IT’S HAPPENING AND IT’S A REAL USE OF BLOCKCHAIN TECH.

Revolupay Europe will be headed by European resident, CUV Ventures Director and, veteran banking professional; Alfredo Manresa, who will act as director of the sister company. The subsidiary’s function will be to handle the worldwide “load” or, inbound funds, onto app user’s wallets, in conjunction with licensed international correspondent banks and, Revolupay Europe chosen banking partner Bankia [Spain’s fourth largest bank].

[…] The company has chosen Bankia because it is a major purveyor of bank emitted remittances into South American markets and, promises to be a venerable partner with the non-home delivery remittances.

But to make that app an actual financial institution that is capable of handling deposits and withdrawals at scale, you need an actual banking partner – at least initially.

Sending money home to mama is important, but helping mama turn her home into a vacation B&B is even moreso. That’s where RevoluFIN comes in.

CUV already has a major customer on this front.

CUV Ventures Corp partner Tyrval, a major worldwide supplier to the hospitality industry, has also begun submitting numerous factoring requests, for orders from a large Spanish Hotel Chain that is refurbishing five hotels and building two new ones. All loans linked to Tyrval hold the secondary advantage of an extra 6% royalty on all sales, over and above the loan interest, as per the exclusive commercial agreement announced on the 22nd March 2017.

Why would a company like this use RevoluFIN? Because going to a bank for financing, if you’re a small to medium sized business, can be difficult, slow, or even fruitless. What RevoluFIN does is offer the money in advance, and get it back through processing the customer’s payments down the line.

In other words, it’s a factoring service.

Factoring is when a company or individual sells future earning capacity to a company in return for short term financing. As an example, if i ran a B&B in Monterrey and I could use $5k to build an extra room, I could turn to RevoluFIN to receive that money now, in return for an agreement that I’ll take bookings through their payment service going forward – paying them a percentage of all my income until we’re square.

It also works if you’re a company exporting goods and need a bridge loan to pay for the production of a big order you’ve received. Or if you have a cafe in Tijuana and your kitchen needs a new generator.

This works well for the travel industry because:

Recently, CUV bought into a travel agency. That didn’t move the market because it’s a low revenue earner and nobody understood how it all fit into the core business, but here’s how it does.

Ever heard of GDS? Probably not, because you’re not supposed to. It’s some serious Big Brother stuff.

The Travelport Global Distribution System (GDS) is made up of hotel, car rental, and airfare data that is collected by five companies worldwide; Sabre, Amadeus, Pegasus, Galileo, and Worldspan. When you go to Orbitz or Hotels.com or Priceline or UncleBarnaclesDiscountTravelDepot, chances are you’re looking at a front end that draws from all the same data from those same providers – and it all comes from the GDS.

Each licensee of the GDS system assigns a percentage markup on that raw data and dresses up the search results in their own frames, with their own logos, and when a deal is processed, you think you’re dealing with an airline or a hotel website, when in actual fact you’re talking to, and doing business with, Travelport.

To get into that system, you need to be a travel agent, or a hotel, or an airline, or a car rental joint, and you need to pay a bunch of coin.

And hey, CUV bought into a travel agency. They’re now into the GDS.

Which means they can offer you the same priced airfares and hotel rooms as Captain Obvious and the casually unshaven Trivago guy.

On the call, Mr. Marshall reminded shareholders that the company has successfully obtained the GDS XML distribution license from Amadeus (which likewise offers immediate access to Travelport and Sabre) and, that the company is poised to receive its wholesale IATA license. He also advised that an internal development team has begun the web programming and, that the company plans to use 134 country name websites, owned by a related party and, which it plans to lease exclusively, to create a worldwide network, one-country-one-website theory, such as AmericaVIP.com and CanadaVIP.com and, over 130 more country specific websites. This unique approach to world travel, with specific world and country destination websites, displaying all national offers on one nation based website, allied to Exclusive Club member rates, easy RevoluPAY payment and, local currency delivery facilities, should provide consumers with an irresistible suit of services that have never been united before.

Stay with me here:

The Maple Tree Hotel in Cape Breton needs money to fix its roof. It uses RevoluFIN to get access to the money it needs, in return for placing a room booking listing on the CanadaVIP.com site (or whatever site is launched in the future). Any time that listing is engaged by a tourist, the money comes through RevoluFIN, which takes its interest and commission, and is deducted from what the Maple Tree Hotel owes.

When that tourist is booking their airfare, the site points them to their company travel site and takes their booking.

When that tourist is looking to send money to the hotel for their trip, they use RevoluPAY to do so, saving on currency and transfer fees, while staying in Marshall’s fintech loop.

And at every step of the way, CUV is making money. Not by employing a gigantic sales force and spending millions on marketing, but by hanging robot-driven, data-drawing websites out there that cost nothing to maintain.

SO WHAT’S THE CATCH?

At first blush, you’d think it was access to capital.

Highlights of the RevoluFIN Platform

The Marshall has covered all the bases.

This plan beats the old Cuba plan in size and scope, and doesn’t require the US government to change policy to make it happen.

And it’s just the beginning..

Look, if you’ve watched the blockchain space implode under the weight of expectations not met, if you’ve looked at your portfolio and thought, “Who will save us from this blockchain 1.0 apocalypse”, if you’ve ever wondered “how on earth can Western Union charge me $20 to send $100 in this day and age?”, go take a look at CUV and ponder a world where Steve Marshall has control of a corner of the fintech space.

It’s a future I can get behind. Especially at this share price.

FULL DISCLOSURE: CUV Ventures is an Equity.Guru marketing client and we own stock in the company.