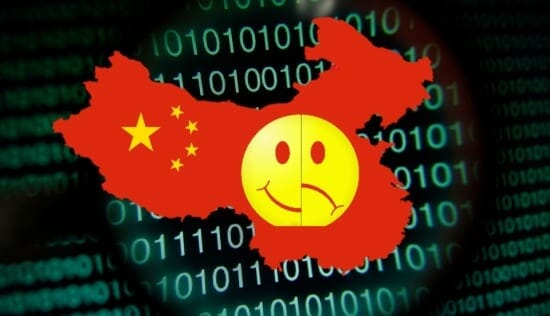 After the Great Data Rush of 2017, the blockchain sector is cooling.  Opportunistic companies like “Organic Blockchain Landscaping” and “Zesty Blockchain Pizza” are melting in the spring rain.

China has played an important role in the rise and fall of cryptocurrencies.

The government’s antipathy is centered around its desire to control money flow.

According to the 2017 China Private Wealth Report, the number of millionaires in China has risen 900% in the last decade. There are now about 2 million Chinese nationals with personal wealth more than $1 million USD.

Most of those wealthy individuals are motivated to get some (or all) of their money out of China.

There are multiple reasons for this (diversification, investment opportunities, pathways to foreign citizenship) but the biggest reason is a fear that the Central Government could take their assets on a whim.

Although property rights in China officially exist to “boost social confidence and foster positive expectations” there is a general feeling that the small print on land title documents gives the Chinese government absolute powers of re-appropriation.

Chinese citizens can move money out of China. But the cap is a modest $50,000 a year.  Not a lot if you’re one of China’s nouveau-riche.

The CEO of a Chinese company, Hong Jie “Anita” Wang, recently got caught hiring nine people to bring $50,000 each into Canada for “tourist purposes.”

The few legal loopholes (like real-estate investment) have been massively popular – contributing to housing bubbles in Auckland, Vancouver, London and Los Angeles.

For a government trying to control money flow – cryptocurrencies are an absolute freaking nightmare.

With cryptocurrencies, you can move millions of dollars worth of assets from Guangzhou to Rome anonymously with a click of a mouse.

Not surprisingly, Chinese citizens took an instant shine to cryptocurrencies.

According to Bloomberg, in January 2017, 95% of the world’s Bitcoin trading was done inside China’s borders.

Bitcoin mines are buildings equipped with industrial microprocessors where “miners” solve complex maths problems and are rewarded with digital currency.

Sichuan province (pop. 81 million), which borders the Tibetan Plateau – is sometimes referred to as “the capital of bitcoin mining”.

Up in the remote mountains, China has cheap hydropower, ideal for the high electricity needs of the computers required for mining bitcoin and other cryptocurrencies.

These mining operations are typically tucked away from prying eyes – sometimes 50 miles from the nearest paved road. 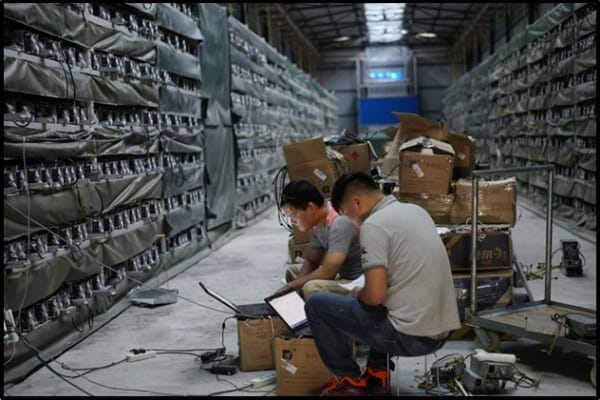 By February 2017 things started to change.  First, the Chinese government stopped Bitcoin investors from removing their coins from exchanges.  By January, 2018 the yuan had officially disappeared from cryptocurrency markets.

But virtual currencies are not dead in China.

According to Michael Foster, co-founder of Local Ethereum, “China’s over-the-counter market for cryptocurrency is currently booming.”

Although it is illegal in China to hold Initial Coin Offerings (ICOs), or to trade cryptocurrencies, many of the Chinese Bitcoin mining companies are still operating. For traders, a variety of technical mechanisms, involving Virtual Private Networks (VPNs) allow traders to complete transactions.

After the crackdown, some Chinese cryptocurrency companies like Huobi set up offices in Hong Kong, Singapore and South Korea. Binance – a crypto-to-crypto currency exchange recently opened a trading center in Japan.

Donald Zhao, a Chinese currency expert said: “It is common for people to use VPNs [virtual private networks] to trade cryptocurrencies.”

Although the Chinese government fears losing control of international money flow, it deeply comprehends the revolutionary power of the underlying technology – blockchain.

According to the World Intellectual Property Organization (WIPO), in 2017 China led all nations in blockchain patent registration.  Of the total 406 blockchain patents filed, 225 were from China, 91 from the U.S. and 13 from Australia.

In February 2018, the Chinese government financially backed the China Blockchain Development Center – which has the stated objective to commercialise and standardize of Blockchain technology by “introducing industry standards and blockchain investment alliances and funds by supporting Chinese Blockchain projects.”

Then, a month later, the Chinese government mysteriously got cold feet, “ canceling the project due to the legal technicalities of setting up branch offices.”

Reading between the lines, the “legal technicalities” probably involve the Chinese government’s fear that the applications of the technology will run away from them.

Pony Ma, CEO of Chinese internet giant Tencent echoes the government’s ambivalence. “Although the invention of blockchain is great, the key to its future lies largely in actual applications. We do not intend to participate in launching our own cryptocurrency.”

One – it’s bad if your commodity is illegal in the world’s most populous nation.

Two – it’s good if your commodity can thrive surreptitiously in a hostile regulated environment.

The dramatic plunge in the value of cryptocurrencies and crypto equities shouldn’t be a surprise.

No commodity, ever, in the history of the world, has gone up that much, that fast – and not fallen back down to earth.

This story has a lot of moving parts. China is one of them.

China’s impact on blockchain adoption and cryptocurrency prices may get bigger going forward.