Sitting down with Tinley Beverage’s (TNY.C) CEO – and some damn fine bottles 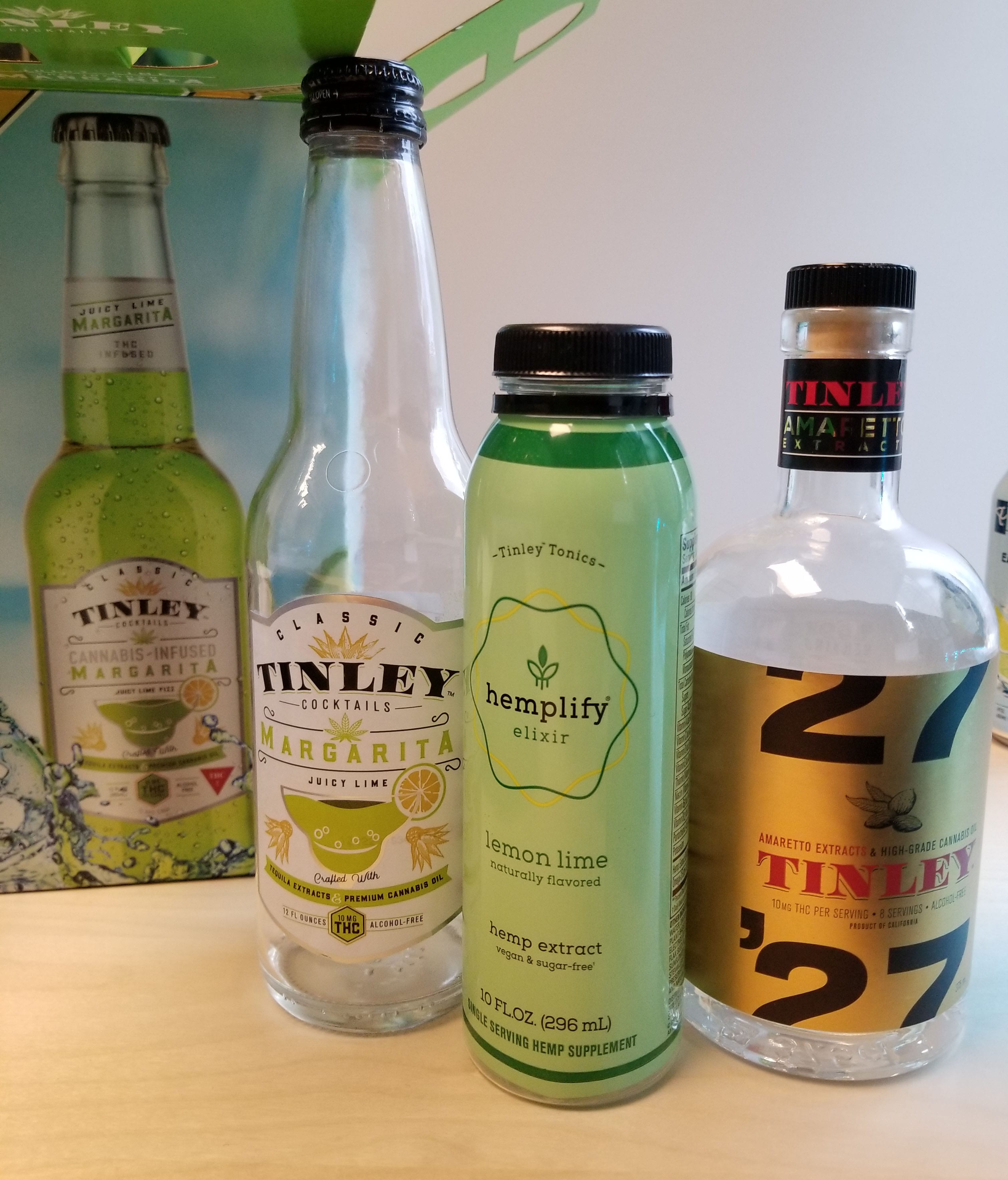 Look man, I wouldn’t have blamed you if you were one of those naysayers who thought weed beverages were kind of a nutty idea when Tinley Beverage (TNY.C) emerged a few years back.

That move was long before Constellation Brands (CSU.T) and Canopy Growth Corp (WEED.T) got all friendly and folks starting anticipating the impending arrival of Big Booze on the weed scene, and even longer before Canada was set to allow cannabis in anything that didn’t spark, blaze, rip or burn.

Fast forward to today, and cannabis drinks are probably still a good 18 months away from becoming legal in Canada. However there are a handful of cannabis drink companies doing business in California, and newly-licensed Tinley is set to be one of them.

I had a chance to sit down with their bossman recently, as he spoke of the newly-received California licenses, as well as of his distributor’s first reorder of the new Hemplify lines, which have only been on shelves for two weeks at the time of writing.

If the products above look good to you, you’re not alone. The Hemplify is a hemp extract elixir with so many good attributes I can’t be arsed listing them all.

This is not the first iteration of Hemplify. It’s been retooled a time or two, from taste to packaging, as the company test marketed and tweaked. Today’s Hemplify is aimed at a wellness demographic, and is finding it in stores like Sprouts, Bristol Farms, Erewhon, 7-Eleven, and countless others who, frankly, don’t just open their shelf space to anyone.

The others are Tinley ’27, a line of de-alcoholized alcohol drinks with THC replacing the booze, perfect for those looking for a buzz without the hangover.

As for the cannabis drinks, Tinley’s newly-licensed facility is zeroing in on product launch day.  Though the boss says that day won’t be an all singing, all dancing, coast to coast marketing blitz, it will be a nice little manageable release that will give the company a chance to see which of its SKUs folks like best – and quickly release more into it.

Borders are stupid, and thus I didn’t get a chance to drink any of the above beauties, but I did give the bottles a sniff, and the amaretto product is a straight up killer.

But let’s gear back a little here because there’s a lot more to this company, and a one hour conversation with the bossman only scratches the surface.

Back in the day, the company started with the Hemplify hemp CBD product. They spent some time, and not a lot of coin, getting that product out, and it did the head shop rounds well enough.  But Tinley found it did better outside of the weed-head environment. It fared better as a wellness product than a ‘look everyone, we have weed in this’ deal. 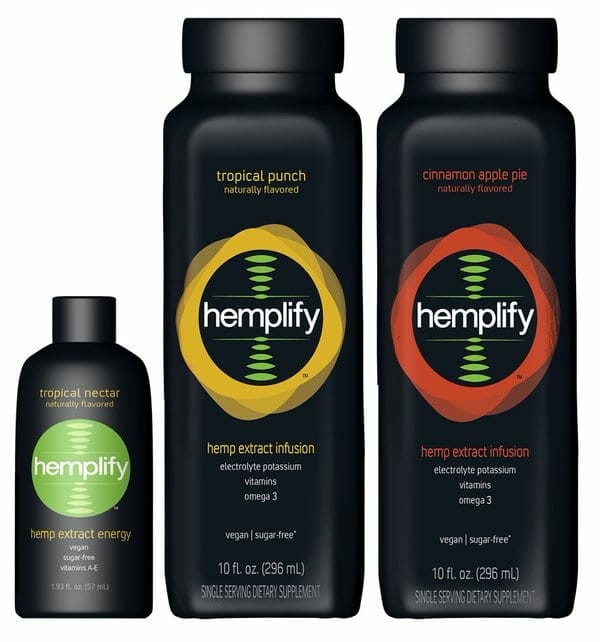 So Hemplify wound up on shelves in some of LA’s most premium retailers, and needed a fresh set of clothes. Tinley stepped back, reformulated to remove a little of the hempy taste and sweetness, rebranded away from black to make the product less counterculture and more Whole Foods, and relaunched. 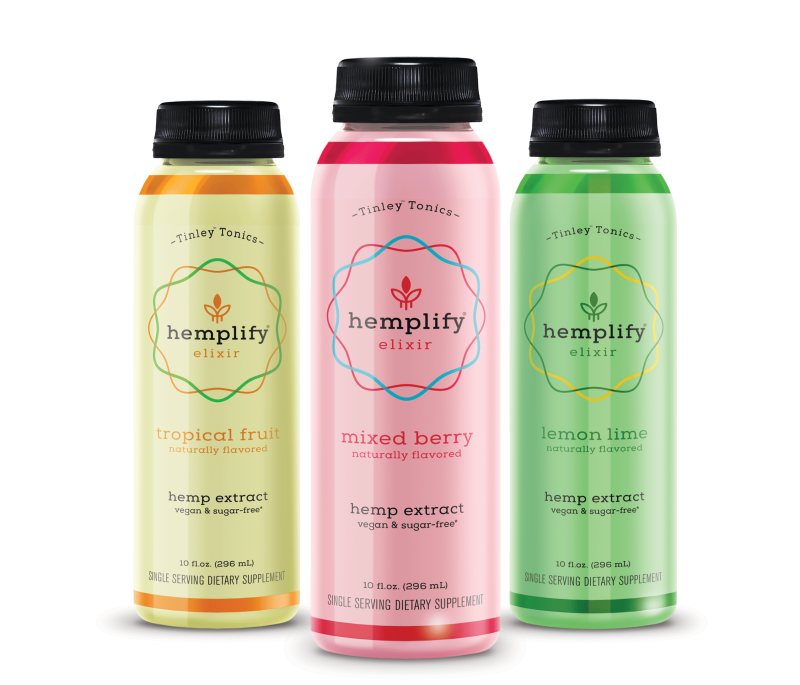 The improved flavors and packaging have only been on shelves for two weeks, and the company’s distributor has already placed its first reorder.

Now enters the Tinley ’27 line, which is four products designed with the same extracts, ethers, essences and flavors as famous alcoholic beverages, but with the alcohol removed and replaced with THC. In essence, one shot of Tinley ’27 matches the buzz you’d get from its alcoholic counterpart, without the hangover, the dehydration, and the expensive nightclub bill.

What’s intriguing about this selection to me is, the 4 products each come from vastly different beverage alcohol categories.  This is smart play. If they’d released four options that aped best-selling booze, they’d end up with tequilas and Jägermeister, but that would give them less market intelligence than putting out four very different SKUs. 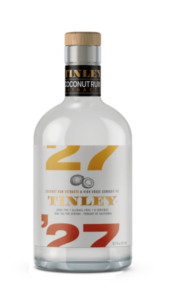 Tinley ’27 Coconut Rum is aimed at the general drinker market.  Rum is one of the country’s most popular liquors, and this one comes with a classic coconut taste for warm California evenings.  It’ll go with pineapple juice, soda, in Pina Coladas, basically wherever a Bacardi will go. 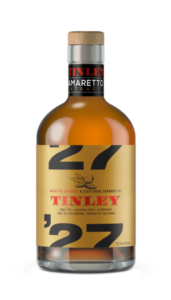 Tinley ’27 Amaretto is my pick for the one that’s going to lift off.  It’s great with coffees, in countless cocktails or just as an easy sipper. 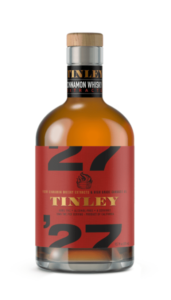 The Tinley ’27 cinnamon spiced whiskey is aimed squarely at the party crowd, given this type of drink has surpassed Jägermeister as the shooter drink of choice on campuses. 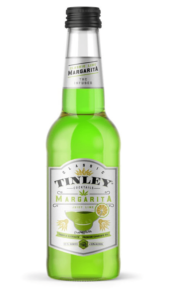 The ready-to-drink margarita mix is an instant classic take on one of the country’s most popular cocktails. This one is my personal pick for the most popular flavor, and we can probably expect more single-serve cocktails in the pipeline.

There’s another thing – as a diabetic, I was shocked by how low on the sugar levels these products are – less than half of their alcohol counterparts.  This is enough reason alone to switch.

The CEO says that’s been deliberate, and it’s a good move. You don’t need to blow a guy’s glycemic index just because he wants a drink, and most alcoholic beverages does that in spades. – as anyone who partied with me in Toronto last month could attest to (sorry guys)… another reason I’m amped to see this product hit shelves.

BUT WHAT IF THESE DRINKS DON’T PLAY?

Any time you have a company going in on a new consumer product, the risks are high that it’s going to fail. Tinley understands this, which is why they’re launching a portfolio of products rather than going ‘all in’ on any one product. They could have tossed them out there and got big market happiness on their stock for a while, but they didn’t roll with that short term thinking.

Recently, the company announced it had secured a bottling plant and that it was open to co-packing opportunities with outside companies. This is something the good fellows at Cott have done for years, white labeling sodas for every grocery chain on their way to being the third largest soda supplier out there.

They managed to bring past top brass from Cott, notably ones who led the effort to deliver much of the CPG-advisory work that won Cott so much co-packing business. Now it’s their job to do it again – but this time for cannabis.  In essence, any recognized consumer brand that wants to put out a cannabis based beverage, be it CBD or THC-based, be it in soda, juice, coffee or other form, Tinley hopes to make that happen, from formulation to packing to distribution. And branding?  Their packages say it all.

This is THE PERFECT BUSINESS for Tinley to get into, because although they have their own products and have taken time to establish them, the bigger value there is the end-to-end value chain solution that can be deployed to give investors access to third-party brands as well.

Let’s face it – we all know that consumer spending in developed cannabis markets like Colorado has shifted massively in favor of branded products, and away from joints.  This means investment portfolios need to make the same shift.  Choosing which individual branded cannabis products to bet on is a tougher game, so companies that can offer broad, synergistic portfolios within a given category can be the most attractive proposition.  To my knowledge, Tinley remains the only pure-play, publicly-traded cannabis beverage company.  It’s in world’s largest beverage and largest cannabis market, and now in production.

ITS BEEN A LONG ROAD

Tinley’s last raise was a modest $2.75 million, done just over a year ago.  During this short period of time, and with these limited resources, it has brought CBD products to over 100 stores, secured two cannabis licenses (legal and rec), developed and exhibited its line of THC products, financed the first batch of THC products (now in production) and secured a 20,000 square foot facility where it will build its long-term, end-to-end beverage manufacturing and distribution center.

And the company just graduated to a top-tier OTCQX listing in the USA.

Now it’s raising $10 million with prominent investment banks Cannacord and Gravitas Securities.  On the share structure side, the $10m raise still keeps the company under the 100m share mark, which is far from blown out and keeps the stock nice and active.

BUT DIDN’T YOU SAY TO SELL TINLEY?

Yep. I did. When it hit $0.85, and it seemed like it might take a while to get the Tinley ’27 range out, and the bluster of Constellation’s run at Canopy had died down, I said it was time to take profits, even though we like the company and they’re a marketing client. They’re okay with that, because if you’re seeing a five bagger, you should realistically take some of that off the table if you’re a smart investor and not humping your portfolio.

But Tinley did shoot past our target regardless, to $2 for a hot minute. If you got out at $2, well played. For ours, it’s better to be the first one to leave the party than the last one.

But right now the company has found a strong base at $1, so this raise at $1 makes sense and brings capital at good value. With an extra $10m in hand, and more after warrants, we think Tinley can make some really interesting moves. In fact, we can see it going on another run when production of the first batch of ’27 is complete.

**Especially if the company makes some announcements on the co-packing play.**

So we’re in.  Also, Tinley has remained an ongoing client – even when we said to take profits – so we’re very happy for that. A lot of our readers have made money with the company, and management have done EVERY SINGLE THING they said they would.

We have no doubt they’ll deliver again or break limbs trying.

The naysayers don’t say much anymore. Credit to you and your team, Tinley.

FULL DISCLOSURE: Tinley Beverage is an Equity.Guru marketing client, and has been now for several years. We own stock and warrants in the company.