I know what you’re thinking. Battery powder? Sounds awesome – do you stir it into a glass of water like Metamucil? Unfortunately, that’s not how this kind of battery powder works. The knid of battery powder Nano One (NNO.C) has developed is for the manufacture of cathodes in next generation electric batteries.

This newest patent is the latest to be added to their portfolio of battery technology. They have another 30 pending worldwide. Nano One is one of our clients and we cover them extensively. So it’s a nice coincidence when there’s news from a client while also being something I was looking to write about anyway, In this case, next gen battery tech.

Metals in the Middle

Because energy metals does get lumped in with the other bad-boys in the small cap world, sometimes I think it gets middle-child syndrome. When something flashy happens we’re surprised, because energy metal keeps it’s head down, gets solid Bs in school, goes to band practice and scored well on the SATs.

Well, Crypto might get into MIT or flame out and live in our basement. Weed made Prom King, but is serving detention for selling illegal candy bars outside the cafeteria. Meanwhile solid Energy Metals will get a good scholarship, a decent job – and might support us in out old age.

My colleague Lukas Kane has a really good rundown on how batteries work, and the emerging market from back in November. It’s now one financial quarter later, and the battery tech / energy metals sector continues it’s expansion. Slow but steady.

Below is a projection of the growth in the Li-Ion market, just for consumer electronics (in gigawatt hours) 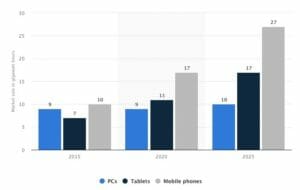 Boom. There’s going to be a lot of growth, and it’s not looking like it’s going to stop. Mobile phones and computers are becoming secondary brains, where even the poorest folks in developing countries have at least one device with a LI battery inside. 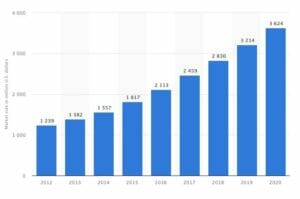 Another steady growth curve there. I know you wouldn’t be reading this site if you didn’t already know this stuff. What I’m hoping to illustrate here, is that unlike sexier markets such as crypto or cannabis this stuff is solid and you can make predictions based on clear trends and more classical economic values.

Tick-tock – there’s still time, but the clock is ticking.

Fundamentally, battery technology is incremental. We’re likely never to see a Mr. Fusion, or some radical new chemistry. Everything is either too expensive, too rare or impossible to scale up for industrial manufacture.

So this brings me back to Nano One and their powder. Looking at the stock, the time to jump in was in January. I’d apologize, but we kinda told you so. 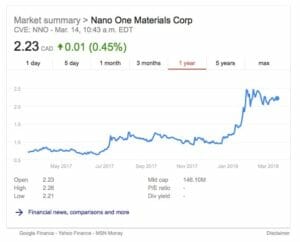 Personally I don’t think this dog’s played out. This latest patent is exactly the sort of incremental advance I’m talking about.  With devices getting thinner and lighter all the time, even .10 per cent improvements in capacity or weight mean big profits.

Nano One has 30 patents pending worldwide, as they are granted and the tech is licensed worldwide, the money will start really rolling in. Already doing well, I think this ride is just beginning.

Energy metals, they’re highly volatile, and can be made into bombs, but they’re a good investment. So is battery technology.

FULL DISCLOSURE: Nano One is a client, and some of the team holds stock. I do not.

Revive Therapeutics (RVV.C) warned about overhype, but up 26% on clinical trial news

Revive Therapeutics (RVV.C) finds pharma asset under the couch that may treat COVID-19