Renaissance Oil (ROE.V): Don’t look now but oil is on a run, and Mexico is opening up

The word ‘oil’ has been mentioned on this site over the last year about as often as we’ve mentioned coal, unobtainum, and sarsaparilla. That was because oil was experiencing the most unholy of shakedowns, with the US pumping out more than ever before, the oil sands in a high cost/icky environment/low demand slump, and OPEC banging out as much as it can get away with while it tries to figure out what to do in a renewable energy-focused world.

But oil hasn’t gone away. In fact, oil has been busy. Oil is secretly dating your girlfriend, bro. 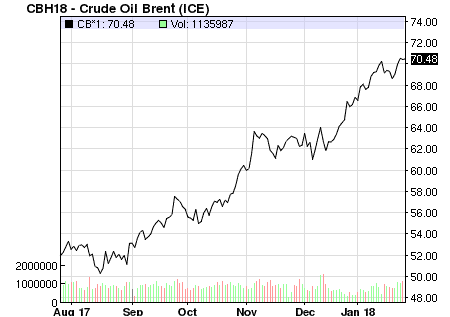 You may have noticed recently the price of gas has been going up hard at the pump. That’s no fluke. Sure, Elon Musk just sent a Tesla to Mars, but it still costs $57k to build one of those cars Elon sells for $37k, and getting down the highway takes advance planning. So gas is going to be around for a while.

And while the prices above aren’t late 2017 weed/blockchain/tulipmania returns, they’re definitely tasty, consistent, and headed to a place where, previously, we all got on social media complaining about how expensive it was to fill the Fiat.

Of course, that was back in the days when a 40% return in six months was considered a bonanza, rather than a disappointment. We’re all a little spoiled these days.

But in the oil business, these numbers are outstanding, the stuff of a potential resurgence. And they’re coming right as cannabis and blockchain and lithium appear to be topping out for a spell.

I sat down with some folks from a junior oil company this week – not clients, but there’s been talk so consider us biased – who are scope-locked on shale oil opportunities. That’s not rare, as shale is where it’s at. Low-cost to explore, pump, and process. While an off-shore rig can take five years to go from first test to production, with tens of millions of dollars spent each year to progress them, shale reserves are right there for the taking and its only relatively recent that technology has evolved to make the shales work. 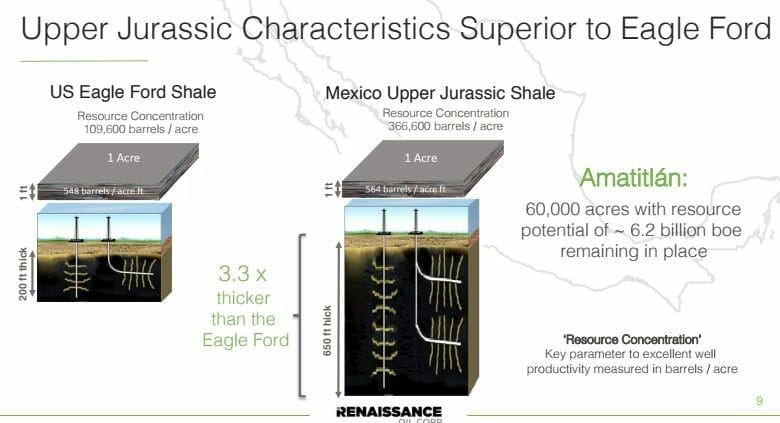 Shale operators in the US have it all figured out.  Poke a hole, suck it out, poke another, suck it out. Shale wells don’t go on forever, but they don’t need to in order to make a nice return. Shale formations can be massive, which gives you repeatability for decades.  This is why they’ve been so successful.

But not in Mexico.

You see, Mexico was home to the government-held Pemex oil monopoly for the last 76 years. Here’s how that went.

That’s how it went until recently anyway, until the off-shore oil production finally started to dwindle.  Mexico realized it had lost the goose that laid the golden egg and it needed to exploit the rest of its humongous and ignored oil resources, pronto., And, they realized they were going to need outside help to get it done.

Oil exports’ contribution to Mexico’s GDP has halved from 6% in 2004 when production peaked at 3.8 million b/d to just 3% today. Oil production this year will be 2.1 million b/d on our forecasts, and still in decline into the early 2020s. PEMEX was not in shape to turn things around on its own. The dominant former monopoly is the most financially stretched NOC in our Corporate Service coverage. Despite cuts in spend, the Government injecting cash and taking US$10bn of pension liabilities off the balance sheet among other means of financial support, principal analyst Ruaraidh Montgomery estimates PEMEX will generate US$15 bn of negative upstream cash flow through 2022.

So the Pemex monopoly was smashed, and third party companies were allowed in.

One such company was Renaissance Oil (ROE.V).

You’ve not heard of them because ‘junior oil exploration in Mexico’ isn’t on your bucket list and, well, there isn’t a blockchain angle.

That’s okay, and it’s part of what’s appealing about them. You see, Renaissance managed to acquire a stake in the first shale oil play in Mexico. Others will, no doubt, follow. But they got the first.

LUKOIL, PEMEX and Renaissance are partnered up to develop this huge 60,000 acre block, which the company says holds over 6 billion boe in the shales.

At $50 per barrel, six months ago, if you’d filled those barrels with oil proper, that was $15 billion.

Yeah. Let’s curb some of that enthusiasm and not get too far ahead of ourselves. $21 billion is a nice theoretical number, but a lot of things need to happen to get there. Nobody should go stumbling in to this expecting to be the next Exxon.

That said, if they make similar margins to what operators are now getting in the US, the profit on a fully realized shale play in Mexico will be in the billions, and if oil prices keep doing what they’re doing, the stock price has a decent chance of going to crazy town.

But will all of that happen?

Well, Renaissance’s technical team were the first crew to exploit a shale project in the US. They’re now aiming to be the first to commercialize a shale play in Mexico.  The first unconventional horizontal well is expected to be rolled out in the first half of 2018.

Of course, ‘oil exploration junior’ isn’t exactly a phrase that comes steaming out of the mouths of investment advisors right now, mostly because such beasts are busy looking at their weed stocks teetering.

However, shale exploration does not carry your typical type of oil exploration risk. For starters, unlike conventional exploration you don’t have to find the reservoir. The shales are there and we know they are thick. Pemex has drilled through it many times, taken core samples and mapped the formation with seismic waves.

The hard part isn’t finding the oil, it’s getting the oil out of the “tight” rock, which takes modern technology that hadn’t made it to Mexico until now. It’s technology that is being used right now in the US and Canada and also happens to be technology that was largely pioneered by the crazy smart geo-scientists and engineers that are now at Renaissance.

The shale technical team at Renaissance came from Mitchell Energy, which figured out how to recover hydrocarbons from shales. Remember the Barnett Shale in Texas, which changed everything in the oil and gas world? These were the guys who said, “What if we go in sideways..?”

Well, that worked out pretty well, and Mitchell was acquired by Devon Energy for US$3.1 billion.

So when LUKOIL was looking for an operator for its Mexican shale assets, it settled on the Renaissance team, and trust me, LUKOIL does better due diligence than you do.

Though “exploration” with big upside is definitely part of this play, Renaissance’s current production lowers the risk nicely. ROE currently produces 1,650 boe per day and is poised to drill up their “mature fields” in the south of Mexico to increase the production threefold or more, this year.

Did I mention that Renaissance is the 2nd largest oil and gas producer in Mexico after Pemex.

An underutilized pipeline infrastructure gives them mega-cheap operating costs of C$2.81/boe on last year’s numbers. Added to this, there’s a ton of other opportunities opening up that were under-exploited/neglected under the Pemex monopoly, including 14-20 extraction blocks within 30 kms of Renaissance’s current operations.  Acquisition targets are in the sightlines.

It is still early days as Renaissance has just started its field development work in November 2017.  Starting with the shallower sands of Amatitlan, they are busy drilling away now towards
a total of 10 wells and 6 workovers of existing wells in the first half of 2018. It is an exciting
time for Renaissance as they are just now transitioning from an asset acquirer to an asset
developer..

In the deeper Shales, as we mentioned, the first well goes in during H1 2018.

The kicker: The management team is a who’s who of resource guys with big wins behind them, the lead director is Ian Telfer, Mining Hall-of-Famer and Founder, Chairman of the Board, and past President of Goldcorp (you may have heard of them, Goldcorp went from pennies to $11 billion in value under his guidance gold mining in Mexico). You’ve also got Gord Keep, who is CEO of Fiore Management and Advisory Corp, AKA ‘the pipeline to Frank Giustra’ (who you may also have heard of).

Keep and Giustra are legends in investment banking and recently backed a little new company called Hive Blockchain Technologies (TSX-v: HIVE), and before that the just acquired Lithium-X (LIX.V). They know a good opportunity when they see it.

Craig Steinke, Renaissance’s CEO is coming off a prior success with co-founder Telfer at Realm Energy International Corp., a company formed to develop shale plays in Europe. After collaborating with Halliburton (NYSE: HAL) in acquiring properties across Europe and partnering with ConocoPhillips (NYSE: COP) to develop the potential flagship property, Realm was acquired by another European shale player for a tidy profit for shareholders.

If you’re going to take a dive into a sector that is new to you, at a time when it looks like that sector is finding new energy (no pun intended), step 1 in ‘how to not lose your nest egg’ is to go in with people who have done it before and have big wins in their history.

ROE stock is up from $0.165 in early September to $0.30 today, good for nearly a double. They’re putting out news fast and working quickly in the field. And their costs, in Mexico, are nowhere near what things would cost in Alberta, or in any ocean oil play you can name.

Historically, this crew makes money. So, with oil prices making a run we haven’t seen in a while, we’ve bought in.

Who else has bought in? Their technical team, AKA the guys who see what’s happening on the ground, to the tune of $1 million of their own money.

December 4, 2017 – Vancouver, BC – Renaissance Oil Corp. (the “Company”) (TSX-V: ROE) is pleased to announce it has completed its non-brokered private placement of 4 million units with certain members of its technical team, at a price of C$0.25 per unit for aggregate gross proceeds of C$1 million (the “Offering”).

ADDENDUM: It appears others are liking the look of this deal. As this article was being written, Renaissance announced a $10m private placement financing. It was over subscribed very quickly.

FULL DISCLOSURE: Renaissance Oil is an Equity.Guru marketing client. The author has purchased stock in the company. 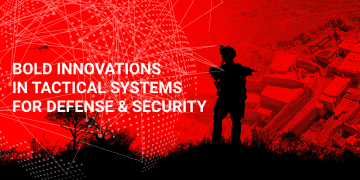