Back in mid-2016, I wrote about a company called Loopshare (LOOP.C), which aimed to take the world by storm by offering telematically connected rental scooters in downtown areas that could be taken out by the minute or hour, driven to a location and left for the next person.

This model isn’t altogether new. Various Car Co-ops run similar models. And if you don’t want to do the driving, Uber is out there in most cities – except Vancouver, where lame duck Mayor Gregor Robertson has done everything in his power to protect the cab monopoly, even to the point of banning suburban cabs from operating downtown, where you can NEVER find a damn cab when you need one.

But LOOP figured they had a game changer in that sometimes a scooter makes more sense than an EVO or an Uber. Unfortunately, the times when that’s most likely the case are A) when you’re a bit drunk and B) when it’s sunny, neither of which is easy going in Canada.

LOOP wants to sell franchises in cities around the world, and take a fee up front on the sale of the bikes, and a 10% piece out of revs on each deal at the back end.

This is where, frankly, the idea gets a bit messy for some potential investors. Franchises are fine and all but, with the world’s attention on Uber and what it has brought the transit world, tech investors ideally want to see a global rollout quickly, not a city-by-city flow that could take many years and includes hoping each franchisor knows what they’re doing, can work with the city to get permitting in place, and can finance the early stages of what is essentially a local startup.

LOOP understands this and says, invest in us anyway, because we can make good bank just on the equipment sales.

And they can. And they have. Already, before an engine is revved in anger, they’ve got a 200-piece $100,000 purchase order for the telematics from a New York motorcycle company, and a 3,000 piece order from the $14 billion Indian auto manufacturer Mahindra & Mahindra that we can breakdown into an assumption of around $1.5 million in revenue. The company says it gets around 25% margin on those deals, and that it has around $3 million in the pipeline.

It doesn’t have $3m in the pipeline anymore, nor does it have those fat hardware/software licensing deals. LOOP is a mess.

And it’s the guy running the show who, frankly, got it there.

I’ve met with [CEO and President Anwar] Sukkarie and he’s an interesting cat. I did my best to rattle him with apocalyptic what-ifs on his business plan, and he stood tall against my words, giving solid answers and surprisingly grounded optimism.

I’m not going to tell you this is the next Uber. It’s not. It would need to get super capitalized, super quick, and roll out globally in order to own a sector like Uber does.

But it’s interesting. If Sukkarie can pull off Vancouver and London by year’s end (I’m not really concerned with Beirut as a test case), that’ll be a great launchpad to move quickly across the US, which is where big money will come.

Sukarie could not pull off Vancouver. Or London. In fact, there have been small scale trials in cities in Japan and Florida and California, but none of these have turned into cash and any positive news the company does put out seems to be restricted to deals of a “the government paid for a trial of 12 bikes” or “we sold some telemetry units to people who can actually sell these things” nature.

When I met Sukkarie, he was aloof and cocky. Though I was there to ask him questions of his plans, he seemed bothered by the effort of answering them, and that all these people involved in bringing his company public wouldn’t just take his word for things.

That got old quickly, and when I recently asked said people who took Sukkarie’s company public about what happened to the grand plans, I got a short, “We can’t talk about it, but he knows what’s he’s doing.. Just ask him.”

That makes sense. And looking into LOOP’s filings for the past eighteen months, it’s clear that nothing that was promised by Sukkarie has come to fruition. That may be because the IP of the company is part owned by a group of former employees who were given a royalty in lieu of salary.

It may be because the stock is drowning in debentures and loans and warrants tossed about to keep the lights on. It may be because Sukkarie has been paying himself in warrants and stock in lieu of salary, and tossing out performance options into the bargain.

You never want to see things like this BEFORE a company goes public:

On May 29, 2016 the Company revised the terms of a royalty agreement that was previously entered into in 2014 with a corporation owned by employees of the Company with respect to the forgiveness of past salary. Under the revised agreement a royalty of up to $1,150,000 (the “Royalty Max”) is to be calculated quarterly and payable in common shares of the Company and the market value on the issue date. Directors and officers hold a beneficial interest of 70% of the royalty company and collectively have 33% voting interest.

Then there’s the ‘Berytech agreement‘:

The Company has entered into an option agreement with Anwar Sukkarie providing the Company with the right to acquire his 59.995% interest in the equity in Loop for a price of USD 1.00 subject to the 17 exercise of the Berytech Warrant. 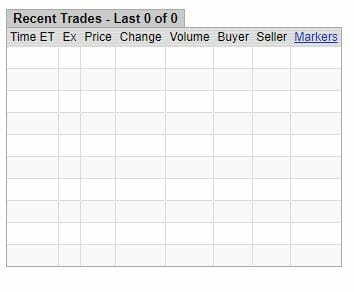 In November of last year, Sukkarie posted news of a new financing, with a company called Oceanside Strategies.

Loopshare Ltd. has entered into a loan agreement dated Nov. 16, 2017, with Oceanside Strategies Inc. and Anwar Sukkairie, pursuant to which Oceanside has agreed to loan to Loopshare the principal amount of $150,000.

Who is Oceanside Strategies?

Oceanside strategies is based in the tax haven known as the Cayman Islands, and has no executives listed.

So if the loan gets repaid, it makes 10% compounding monthly. If it doesn’t get repaid, it gets $150k in 5c stock.

Does Oceanside belong to Sukkarie? Is he lending himself money with sweeteners attached? Does he own a piece of the royalty company that holds his IP?

And if all that isn’t complicated enough, this happened:

Did you catch that?  LOOP trades at $0.05 right now. It hasn’t traded at $0.25 since it went public. Why would he be buying stock at 5x the current price?

And who gives a warrant at 20% of the cost of the PP stock, and 100% of the price of the current trading value?

The proceeds will be used for costs related to the purchase of at least 300 scooters to supply current opportunities in Vancouver, Beirut, Orange county and Japan, to evaluate other opportunities, to provide working capital, and to reduce the company’s debt.

This, I maintain, is unmitigated bullshit. None of this will happen and the BCSC should be investigating.

“At least 300 scooters” – oh, so it may be more than 300? That’s going to be amazing value since, if every cent raised went to buying scooters, they’d come in at $625 each – a veritable bargain!

But assuming LOOP will need some of that $187,500 for those ‘other opportunities, to provide working capital, and to reduce the company’s debt’, they’ll have to be buying scooters for even less than $625 a pop.

Here’s another reason to call bullshit on this: Currently the company is in debt to the CEO (and Oceanside Strategies who, let’s face it, is almost certainly the CEO).. so, considering he’s the one supplying the money for this PP, and the debt it will be used for is owed to him, are we to believe LOOP is borrowing money from the person it owes money to, to help it repay the person who is supplying them the money they’re using to repay the person who is lending them money?

Christ on a moped, I can’t even begin to keep track of all that.

So Anwar owns the majority of the stock in the company (that he’s going to give to private investors for $1, one day), he has a royalty on the IP for not taking a salary (allegedly), he’s given himself stock and warrants in lieu of more salary, then he’s loaned money to the company he owns, and then financed the company to help it repay him the money he loaned earlier.

NOTE: Don’t ever play poker with Anwar. He takes the first two seats at the table, and he’s the dealer as well. Totally straight game though.

We eagerly look forward to the upcoming news release wherein the CSE approves of this transaction without actually looking at it, followed by a sea of orange scooters on Burrard Street.

FULL DISCLOSURE: We don’t own, nor short, LOOP, nor do we have any commercial arrangement with it, or any competitor to it. It’s just a shit stock, is all.